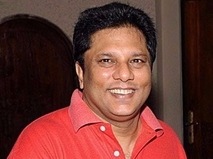 Lasantha Wickramatunga, a prominent Sri Lankan journalist and outspoken critic of the government’s war on ethnic Tamil rebels, knew he was marked for death – and thought he knew why.

Three days after he was shot and killed, his newspaper published a haunting, self-written obituary on Sunday in which Wickramatunga says he was targeted for his writings and adds: "When finally I am killed, it will be the government that kills me."

Even as Sri Lanka savors battlefield victories over the Tamil Tiger rebels that offer hope of ending the decades-long civil war, the government is coping with attacks on another front: It faces harsh criticism from abroad, from at home – even from the grave – over high-profile attacks on the independent media.

The killing of Wickramatunga and an attack last week that wrecked a television station were the latest in a string of assaults against journalists. Both media targets had been accused of insufficient patriotism in their coverage of the war and other issues.

International rights groups, diplomats and local activists expressed outrage at the attacks, while opposition politicians accused the government of at best condoning the violence and possibly ordering the strikes itself.

Authorities have denied the accusations and promised a thorough investigation of the media attacks.

"The government does not get involved in these kind of brutal murders," said Keheliya Rambukwella, a cabinet minister.

Thousands of people turned Wickramatunga’s funeral Monday into a large anti-government protest, lining the streets as his casket was driven in a slow procession to the cemetery. Many wore black armbands and demanded justice.

Journalists critical of the government have come under repeated attack in recent years as the war with the Tamil Tigers intensified. Reporters who ran afoul of the rebels have also come under threat.

According to Amnesty International, at least 14 journalists and Sri Lankans working for the media have been killed since the beginning of 2006. Others have been detained, tortured or have allegedly disappeared, while another 20 have fled the country after getting death threats, the London-based rights group said.

Still, the audacity of last week’s attacks stunned many here.

Early Tuesday morning, more than a dozen men armed with assault rifles and grenades raided the compound of a private television and radio network, held the guards at gunpoint and calmly walked through the building shooting out windows and blowing up the control room before driving away. The station had been accused by the state media of not being "patriotic" enough in reporting the recent military successes.

On Thursday, gunmen on motorcycles ambushed Wickramatunga as he drove to work on a busy suburban road. Wickramatunga, who died in surgery, was fiercely critical of the government and its conduct of the war and routinely accused top officials of corruption.

In his posthumous column, entitled "And Then They Came For Me," Wickramatunga accused the government of orchestrating a wave of violence to suppress dissent. "Murder has become the primary tool whereby the state seeks to control the organs of liberty. Today it is the journalists, tomorrow it will be the judges," he said.