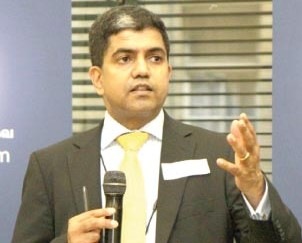 In a rare show of support to a commission appointed by the government, a leading Tamil diaspora group on Sunday said it supported the recommendations of the Lessons Learned and Reconciliation Commission (LLRC) and called for its implementation.

The Global Tamil Forum (GTF), an organization based in Britain with support groups in several other countries, said called on the international community to take a principled stand to ensure that the LLRC recommendations are implemented in a timely manner.

The GTF has often been seen by the government as being supportive of the LTTE who were defeated by the Sri Lankan military in May 2009 following 30 years of war.

The government says the GTF and its support groups are still involved in a campaign to discredit the government and the military with allegations of committing war crimes during the final stages of the war.

GTF had initially raised concerns over the credibility of the commission but in a statement released to the Sri Lankan media on Sunday GTF spokesman Suren Surendiran said that GTF welcomes the positive recommendations proposed by the LLRC as practical first steps to creating the environment conducive to reconciliation.

He said that a true international effort, with the backing of key regional governments, will bring real accountability for war crimes and reconciliation between communities in Sri Lanka.

GTF also said that the United Nations Human Rights Council which is currently meeting in Geneva presents a great opportunity for the international community to address the issues of accountability, for the alleged war crimes and crimes against humanity, committed by both sides during the final stages of the war in Sri Lanka.

“However, it is almost three years since the end of the war and the Sri Lankan government has demonstrated no commitment to credibly investigate allegations of war crimes, breaches of international humanitarian law and to bring the perpetrators to justice. The failure of domestic efforts to adequately address accountability has given rise to the continuing culture of impunity and grave human rights abuses,” GTF said.

GTF said that last week it met with senior Foreign Ministry officials of Switzerland in Berne and UN Ambassadors for various African countries in Geneva to discuss how a credible reconciliation process can be advanced between all communities in the island.