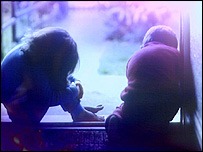 Girls as young as seven have been sexually abused and sexual violence against women is on the increase in northern Sri Lanka, say health officials.

According to a senior health official in Jaffna peninsula 32 incidents of child abuse and sexual abuse have been reported during the last two months.

Adding that two underage girls are currently being treated in the hospital for sexual abuse, the medical officer said “Girls as young as 7-8 years have been being sexually abused in Jaffna and abuse of girls before they reach puberty is very dangerous,” said Dr Sivaruban.

"Recently doctors have conducted one and half hour surgery to save the life of a 12-year old girl who was sexually abused in Delft island," he said.

"Sexual abuse and violence against women in on the increase but can not see any deterrent mechanism to prevent children and women being abused this way” he added.

He said that there may be many other incidents of unreported sexual abuse cases as parents are usually reluctant to report such cases to the police.

Child affairs minister, Tissa Karaliyedda, told BBC Sandeshaya that the current legislation dealing with child abuse needs to be amended to deal with the issue.