The successful United Nations Resolution on reconciliation and accountability should pave the way for a new period of commitment to cure the wounds of a long conflict, caused upon individuals as well as on the institutional structure of democracy and the rule of law in Sri Lanka. 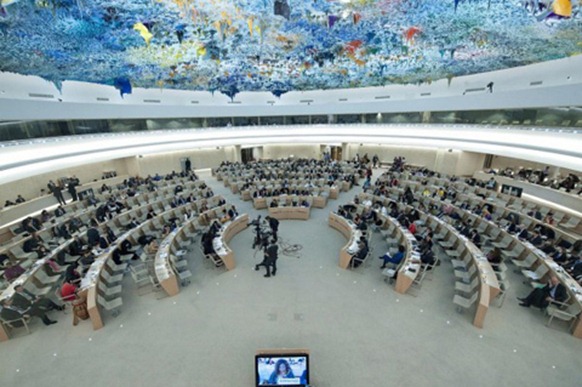 A responsible approach to dealing with the past violence cannot under any circumstances damage any nation or its people. In fact the capacity to understand the past and face the problems from the past in an honest manner helps a nation and its people in the same way as it does in the life of individuals.

What is required are honesty, humility and a political will on the part of the government as well as the people to take their nation and every citizen of that nation with utmost seriousness. When legal processes are damaged such commitment cannot exist. From the point of view of basic legal and political structure of Sri Lanka, it is a deeply wounded nation. What is required is not to be looking for whom to blame for such destruction, but to seek and find ways to accept the reality and find ways to cure these wounds.

The resolution of the United Nations, the only world forum of all nations should therefore be looked upon as a moment of opportunity. It is the duty of all the citizens to have the courage to come forward to express what has been bothering them in their deepest levels and create a genuine conversation in the country of the ways that everyone could cooperate to rebuild the nation, its institutions and also the wounded relationships between the people.

There had been a continuous lament in Sri Lanka about the failure of the political leadership of many governments that have ruled during the past decades to give the leadership that is required to face the acute problems that the country has been beset with over many decades. It is now the time for this lament to be transformed into creative and constructive cooperation for the benefit of all particularly for the benefit of the younger generations who unfortunately have to bear the sufferings for the wrongs they have never done.

The Asian Human Rights Commission hopes that the government of Sri Lanka will rise up to the moment and face the situation in a manner required from a responsible leadership. The AHRC hopes that the government will avoid a petty and small-minded approach and face the situation with large-heartedness and farsightedness. If it fails in this it will fail the nation in a very important moment of history and perhaps of opportunities that has never existed before to improve.

The farsighted approach that neighbouring India had adopted by voting in favour of the resolution should set an example for Sri Lanka’s leadership to come to terms with demands of history. The AHRC hopes that Sri Lanka will extent a hand of cooperation to all the nations and faces this situation in a manner that is required.

Irrespective of whatever the manner of voting we hope that all the nations of the world will extent full cooperation for Sri Lanka as well as to the High Commissioner to ensure the successful implementation of this resolution.

This statement represents the views of the AHRC and the following organisations based in Sri Lanka: People against Torture – Ekala, Janasansadaya – Panadura, The Home for Torture Victims – Kandy, SETIC – Kandy, Right to Life – Negombo and the Rule of Law Centre – Colombo.