An organisation representing the international Tamil diaspora is taking legal action against William Hague over the Foreign Office’s failure to confront a senior Sri Lankan diplomat accused of complicity in crimes against humanity during the final stages of the island’s civil war.

The Global Tamil Forum has instructed the law firm Birnberg, Peirce and Partners to bring a judicial review against the foreign secretary for his refusal to declare Major General Prasanna Silva – now the military attache to the Sri Lankan High Commission in London – persona non grata. 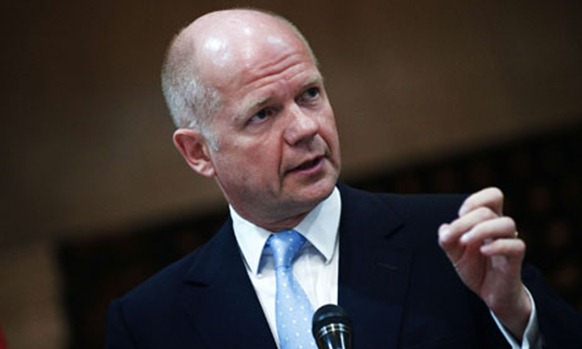 The forum alleges that Silva, who has lived in the UK since 2010, was involved in systematic attacks on Tamil civilians between January and May 2009 when he was a senior commander in the Sri Lankan army.

In a letter confirming instruction, the law firm writes: "You have informed us that the Global Tamil Forum and other organisations have made representations to the FCO with credible evidence of the offences allegedly committed by Major General Prasanna Silva during the war in Sri Lanka. However, hitherto, the FCO has failed to declare Maj Gen Silva and his family personae non grata."

The letter notes that the FCO has it in its power to ask a foreign government to waive an individual’s diplomatic immunity so that they can be arrested and questioned by police.

It adds that if there is "sufficient evidence to justify court proceedings" – and if the foreign government still refuses to lift immunity – the Foreign Office can ask for the withdrawal of the individual and their family or declare them "personae non grata". The letter also points out that the Metropolitan police arrests 20-30 diplomats a year.

The Foreign Office said it had not yet received any correspondence relating to legal action by the GTF, but added: "We have been approached by several NGOs regarding allegations that war crimes were committed by Major-General Silva. We take such allegations very seriously and advised the NGOs that if there was credible evidence, they should pass it to the Metropolitan police."

A Scotland Yard spokesman would not comment on suggestions that the force was investigating allegations that Maj Gen Silva had been involved in war crimes, saying only: "We can confirm that we have received information and we are unable to discuss [it] further."

The Sri Lanka High Commission said she was unaware of the GTF’s legal action and declined to comment on allegations that Maj Gen Silva was involved in crimes against humanity.

The commission has previously described such allegations as "highly spurious and uncorroborated" and accused British media of seeking "entirely falsely, to implicate members of the Sri Lankan government and senior military figures" in such acts.

The Global Tamil Forum told the Guardian that the diaspora would take legal action against anyone suspected of involvement in war crimes.

"Every alleged war criminal of Sri Lanka must know that the Tamils will not rest until justice is served for the terrible crimes they are alleged to have committed," he said.