Tamils Against Genocide (TAG), a US-based activist group that seeks legal redress to Tamil victims of war, said Saturday that the organization is piecing together evidence based on an eye-witness testimony that up to 20 women, separated from nearly 200 civilians who surrendered to the SLA, were alleged to have been raped by Sri Lanka Army (SLA) soldiers near the village of Theavipuram, in Mullaitivu, in April 2009. While lack of witness protection program in Sri lanka, and threat to life of witnesses who appear against Security Forces have placed TAG’s legal effort in UK on hold, TAG said that the current legal action in UK involving Ex-Army Commander, Prasanna de Silva, may provide the momentum required to seek witnesses and to obtain corroborative evidence to identify the perpetrators of the alleged crime. 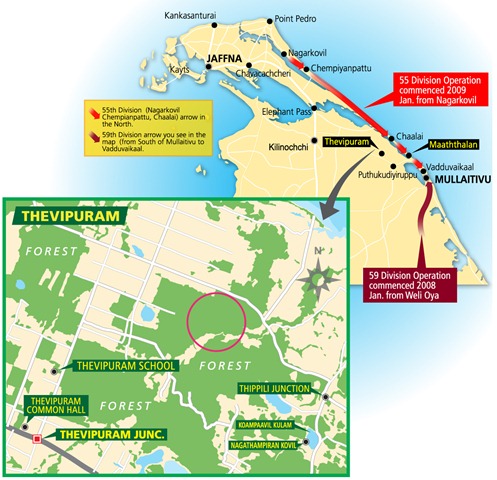 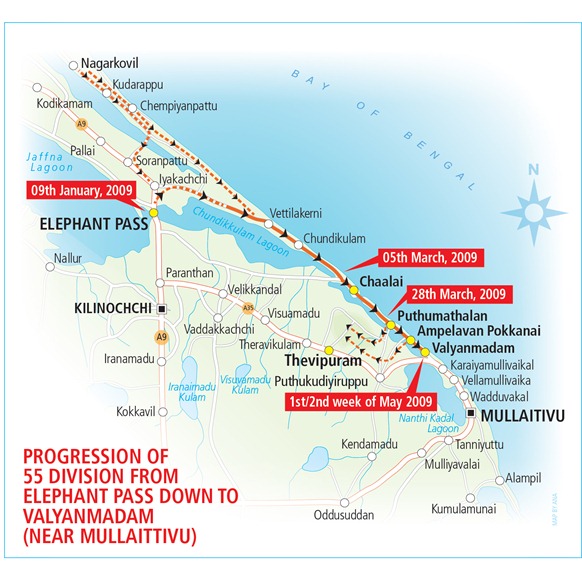 "Families in small numbers were fleeing the Colombo demarcated No Fire Zone (NFZ) in Mu’l’lvaikkaal in Mullaitivu from February till the end of the war on or around 17th May. There were persistent rumours among the beleagured civilians that mass rapes were occurring during this period. 40 to 50 Kilometer area inland from the SLA forward lines close to the beachhead of the NFZ, was fully occupied by several divisions of the SLA. No one, other than the victim-escapees, can bear witness to the crimes committed by the SLA," a witness who was working among the population in Mu’l’l’vaikkaal until the end of the war, and later escaped to a foreign country, told TamilNet.

According to this witness, evidence of such crimes can be gathered as soon as there is free access to the Vanni area. "It will be hard for the military to destroy all the evidence; the memory of such crimes last until the victim is dead," the witness said.

Prasanna de Silva, who was transferred as the Commander for the 59th division operating south of Mullaitivu on or around 7th May 2009, was commanding the 55th division which broke out from Elephant Pass and advanced south towards Chundiku’lam and Chaalai. Media reports, including reports from the Sri Lanka defense ministry, provide evidence that the 55th division was the SLA division closest to the area around Theavipuram when the alleged rape occurred in April.

"The victim of the rape was a member of the refugee stream fleeing Safe Zone, and circumstantial evidence indicate that there is reason to believe the victim would have surrendered to the troops of the 55th division. "Military Command Responsibility" doctrine will attach criminality to the commander of the 55th Division whose troops are likely to have carried out the mass rape. Expatriate organizations close to the Tamil refugees and victims who escaped after being holed up in the NFZ should vigorously seek to identify additional witnesses willing to testify to the above crimes," TAG spokesperson said.