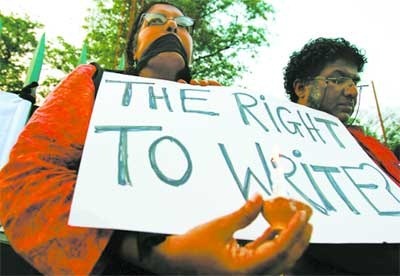 (Dr Vickramabahu Karunaratne ) Though the treasury vehemently rejected the claim, that the tax revision which came into effect from March 31, was made on the requirements of the International Monetary Fund (IMF), facts were revealing. The Treasury said that the decision to raise the import tax on vehicles was taken for the economic development of the country and to save foreign exchange. The decision to increase taxes on vehicle imports was taken on a common basis and therefore taxes for three wheelers and motor cycles also had to be increased.

It was pointed out that the increase in fuel prices and a large number of vehicle imports to the country have expanded the trade deficit and steps should be taken to control foreign exchange spent on imports. Well, are not these situations the background for the conditions outlined by the IMF? Increase in taxes pushed the anger simmering around the poorer classes  in to the upper class society. Many from the bourgeois society made devastating attacks on the government. They say that the authorities must think far, before making haphazard changes which affect the business community. When investor confidence in a country is lost, it is at a cost to that country. Who would want to expose themselves to invest in a country where there is no proper policy? Apparently the business community was made to understand that the 2011 budget would consist of  remedial measures for the problems faced by them and that the policy decisions would prevail for the next decade. Having trust on that, the business community went ahead investing and negotiating transactions with foreign counterparts. Suddenly when changes have been made prior to the lapse of even six months, after announcing the set targets for the year, how can the business community have any faith in investing in this country?  What is the guarantee given to the investor to say that there is no risk in investing in this country? How can one expect foreigners to have investor confidence when local bourgeoisie has no confidence? Such lamentations were heard from all sections of the business community.

The entire country is agitated by the sudden changes that are taking place. All those who expected prosperity are made to abandon such hopes. Many are yet to come out of the shock they are faced with. How could they believe this regime that fed the fire of patriotism could play out the people so rashly? Billions of dollars are not properly accounted while the corruption and waste has come to rule the entire structure of the regime.

This intern has made the government a slave of the IMF. It is usual in countries guided by the IMF and other multilateral organizations that corrupt layers become the strongest supporters of the path proposed by such agencies. We are witnessing that scenario here. While the masses including the local business community are super exploited and plundered, the upper most rich society will live in extreme luxury. Naturally they are scared and they depend on repression and state terror against all those who take the path of agitation. Open and subtle repression of media is a primary aspect of this repression. In a climate of increasing  intolerance and jingoism, state media are conducting a malicious smear campaign against critics of the current regime, including media activists. SLWJA President G Koththigoda, for instance, has been targeted in a sinister character assassination campaign by the government controlled television channel, ITN.

On its news telecast on 22 March, ITN stated it would soon be exposing a ‘traitor’, while showing pictures of Koththigoda in the background. The news anchor noted that a group of ‘media traitors’ had earlier fled the country, and added that the government controlled news channel would soon be exposing another ‘traitor’ who had been a close supporter of Nava Sama Samaja party. The ITN programme is part of a government orchestrated campaign of discrediting dissenting voices. A similar attack was aimed at media union leader Dharmasiri Lankapeli, a well known NSSP leader. Following FMETU-organized protests against the suppression of media trade unions within Lake House, leaflets were circulated by Lake House accusing Lankapeli of supporting the LTTE and participating in anti-government activities. The programme Vimasuma renewed its attacks on 1 February with a report about the “Black January” campaign that highlighted Lankapeli’s role and accused its participants of not recognizing LTTE atrocities.