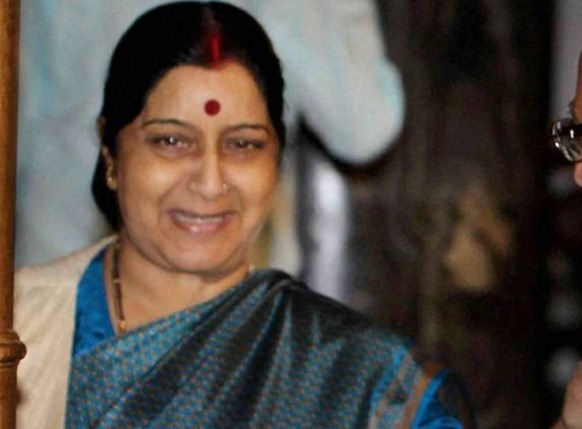 An Indian parliamentary delegation has visited Sri Lanka’s war-ravaged north where a large number of India-sponsored projects are being carried out, authorities said on Thursday.

The delegation felt the purpose behind visiting Sri Lanka has been fulfilled as the India-assisted projects were being implemented successfully, authorities said on Thursday.

Delegation leader Sushma Swaraj, who is leader of Opposition in the Indian Lok Sabha, made the remark after visiting the war-ravaged northern part of the island where a large number of India sponsored projects are being carried out, the Sri Lankan Information Department release stated.

During the visit to the north, Swaraj handed over a school building restored under the India-assisted scheme, and donated 150 bicycles and agricultural equipments. She announced India’s funding for the restoration of 79 schools in the north.

"Children spoke about their schooling and the adults spoke about the difficulties they went through in the past. Also we witnessed how development is being enacted and the progress of projects being done with Indian assistance," Swaraj said.

The Indian delegation will meet Sri Lankan President Mahinda Rajapaksa during their six-day tour of the country.

Two major political parties from India’s Tamil Nadu state, the AIADMK and the DMK, withdrew from the delegation at the last minute as they felt the visit will merely be a sightseeing tour.