Criminally belated revelations that recently come from the USA and UK on 1994 Rwanda Genocide and similar offences of 1950s in various parts of the world show the gravity of the crime committed by powers that have knowledge on international crimes committed against humanity, but sit deliberately on evidence to hush international justice. Hiding evidence is a crime in many judicial systems, but what international system is there to indict these powers, asks an Eezham Tamil human rights activist. He made an analogy of the current crime committed by the very powers and their organisations in denying the genocide of Eezham Tamils and pressurising the subjugated people not to talk of genocide, right to protection, self-determination etc., on one hand, and the behaviour of India, its imperialist political parties and sections of media, on the other.

In a recent court case in the USA in February, supporting genocide extradition Pentagon suddenly released never-before-seen satellite images of the 1994 Rwandan Genocide. 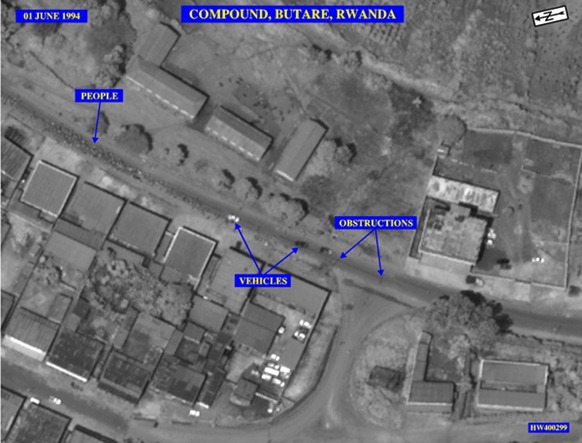 Whatever the reasons behind releasing the evidence 18 years later, the proceedings showing the existence of such evidences and the capacity of the USA to acquire such evidences, implicate the power in deliberate sabotage of timely justice in many similar cases all over the world, including the genocide of the Eezham Tamils.

The US National Reconnaissance Office (NRO), one of the 16 US intelligence agencies, is said to be the centre of taking and analysing satellite images. The existence of the agency was declassified in 1992.

The casual nature of the release of the Rwandan images as seen in the present court case is a usual tactic of the intelligence agencies engaged in the international wars of aggression to come out with evidence only when the heat is over, purpose is achieved or new needs arise.

The United States, Britain and Israel were strongly backing some of the Rwandan regimes.

Meanwhile, secret files from British colonial rule – once thought lost – have been released by the government, one year after they came to light in a High Court challenge to disclose them, BBC reported on 18 April. 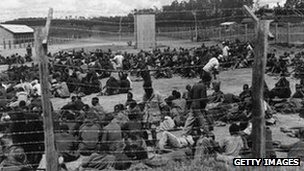 “Some of the papers cover controversial episodes: the Mau Mau uprising in Kenya, the evacuation of the Chagos Islands, and the Malayan Emergency,” BBC said, adding “ They also reveal efforts to destroy and reclassify sensitive files.”

Following a High Court case filed in January 2011, by four Kenyans involved in the Mau Mau rebellion of 1950s Kenya, the British government was forced to admit that 8,800 files had been secretly sent to Britain from colonies, prior to their independence.

The British government did lie about this earlier, Prof David Anderson who had helped the Kenyans in the case told BBC.

The files now reveal British barbed-wire open camps detaining suspected Mau Mau rebels, seizer of livestock from suspected Mau Mau supporters, secret plans to deport a Greek Cypriot leader to Sechelles, while having talks with him, displacement of Chagos Islanders to make the atolls a base and classified information related to Malayan emergency 1948-1960 and war against communist insurgency that was actually war against the Chinese ethnicity in British Malaya.

The British Secretary of State for Colonies instructed the officials in the colonies to withhold and transfer certain categories of files to the UK. They were instructed to keep papers that might embarrass the UK government, other governments, the police, military forces or public servants; might compromise sources of intelligence; or might be used unethically by ministers of successive governments.

There were files stamped with a "W" that could only be viewed by a "British subject of European descent".

Many of the classified files related to Kenya and Malayan Emergency were destroyed before giving independence to those countries.

They sit on the evidences of the genocide, twist the interpretations, mislead the world by projecting the case with deviatory perspectives in the international organisations and pressurise or intimidate the victims not to talk about genocide, because recognition of genocide will automatically lead to righteous remedies.

Eezham Tamils who had meetings with the US Asst. Secretary of State Robert Blake, who is one of the main architects of the war and its course, tell us that he always insisted on not recognizing the genocide.

A Wikileaks cable, dated 17 April 2009, originating from Blake who was then US Ambassador in Colombo show the bias in him rather than seeking the truth through the US ‘reconnaissance’ capacities.

“The pro-LTTE TamilNet website reported 57 civilians killed and 300 wounded in April 16 fighting. The website also reported 600 of the 1,500 shells fired by the SLA hit the GSL-designated safe zone on April 16. (Note: Such reports from TamilNet cannot be confirmed and are frequently exaggerated.),” Blake told his government in the cable.

The fairness of TamilNet reporting on numbers throughout the war could very well be seen through various later reports on the war.

On the contrary, it were the governments like India and the Co-Chairs, and the universal organisation like the UN that ‘missed’ even the number of civilians in the war zone, despite their access to ‘reconnaissance’ information.

Indian government quoted 70, 000, while the UN and the West said that there were 2,00,000 in the war zone. Apart from those who were killed and kept in secret camps, those who reached the barbed-wire camps alone turned out to be around 3,00,000. Later statistics show that the population of the Vanni districts that got herded into the war zone was 4,29,059. The TamilNet number cited during the war was 3,65,000.

The stand of the International Crisis Group backed by many governments in the West on the issue of the genocide of Eezham Tamils, their right to protect their nation and right to self-determination on the question of independence, well known.

Thirumurugan Gandhi of the May 17 Movement in Chennai testifies how the ICG that had a 5-hour meeting tried to dissuade him from raising the issues of genocide, war crimes and independence of Eezham Tamils.

Tamils all over the world should realise that their political struggle has to actually begin from collectively countering the powers whether in the east or west that sit on the truth, the Tamil rights activist in the island urged.