The journalistic contribution of Sivaram Dharmeratnam (Taraki), especially his writings on the struggle of Eezham Tamils, were remembered by several speakers at a well-attended Press Freedom Day event held in Jaffna on Thursday. The event, organised by Nimalarajan Memorial Foundation (NMF), has also brought out a publication of cartoons by Mr Pious Raja, who passed away in Jaffna after experiencing the genocidal war and incarceration in Vanni. A speaker at the event urged the NMF to compile and translate Tamil articles by late Sivaram into English and vice versa, as his writings continue to be valuable to the Tamil cause. The NMF, in an exemplary way, took up the cause of Tamil female students of Vanni in the Jaffna Univeristy, as there have been several cases of suicides among them. Poverty, trauma and psychological stress have been identified as the factors behind the tragic trend.

Nimalarajan Memorial Foundation said that it would sponsor the educational expenses of a section of the female students from Vanni to continue their education without facing poverty in the new environment.

The foundation also informed that it would take care of the expenses for the education of the son of the late cartoonist Pious.

The compilation of cartoons by Pious was named Kaalak-ki’rukkalka’l (Sketches of times).

The cartoons and caricatures of Pious have been published in Namathu Eezhanaadu paper during the times of the CFA between 2002 and 2006.

Gayatri Pious, the wife of the late cartoonist and their son Jathiwarman Pious Raja ceremonially released the compilation, published by Nimalarajan Foundation.

Virakesari Editor Mr V. Thevaraj delivered a speech at the event on the current trends in contemporary Tamil media.

Mr Arumugam Sabeswaran, the sub-editor of Jaffna Thinakkural and a lecturer at the Institute of Media Studies of the University of Jaffna, gave the introductory speech for the book release event.

Pious Raja was forced to leave Jaffna, seeking security in Vanni, after the SL military and paramilitary started harassing the Tamil writers and cartoonists in SLA controlled territory in the North and East and in the South.

Mr Aiyathurai Nadesan, a prominent journalist from the East was slain on 31 May 2004. Sivaram, a senior editor of TamilNet, was abducted and assassinated on 28 April 2005. The editors of almost all the newspapers voicing for the liberation of Eezham Tamils were threatened several times in Jaffna during that period.

The France-based Reporters without Borders (RSF) went on record in a press statement in September 2006 that Uthayan newspaper of Jaffna was the ‘worst hit media’ in the island at that time.

Five gunmen burst into the office of the newspaper on 2 May 2006 and opened fire on the employees at the office. Two of the employees, Suresh Kumar and Ranjith Kumar, died after sustaining serious injuries. Sathasivam Baskaran, 44, one of the newspaper’s drivers, was killed by the SLA on 15 August 2006. A worker of Uthayan’s sister newspaper, Chudar O’li was slain in Colombo. 25-year-old Rajivarman Selliah, a talented journalist working for Uthayan, was shot and killed while he was collecting news in Jaffna city on 29 April 2007.

Mr Pious Raja, who managed to survive the Vanni war passed away after he was allowed to resettle in Point Pedro following the genocidal war and the collective incarceration in which his health condition had been severely deteriorated.

TNA politicians Mavai Senathiraja, Suresh Premachandran, S. Sritharan, A. Vinayagamoorthy and S.K. Sivajilingam, and TNPF politicians Selvarasa Kajendren and Pathmini Sithamparanathan were among the audience at the event, which took place at Kalaith-thoothu Hall of the Thiruma’raik-kalaama’nram in Jaffna on Thursday evening.

Three different commemoration lights were lit to pay homage respectively to slain journalists, freedom fighters and civilians, who had sacrificed their lives in the Tamil struggle.

Journalist Nimalarajan, in whose name the foundation has been initiated, was working for BBC and TamilNet at the time of his killing in October 2000. 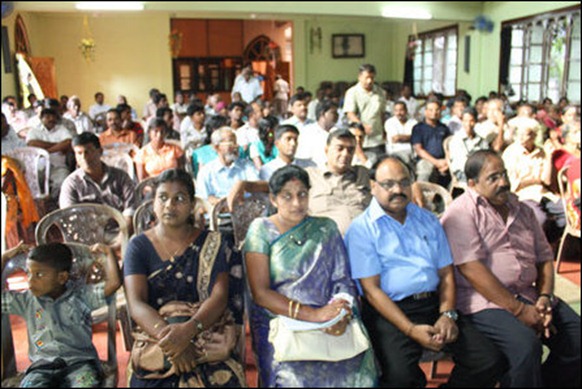 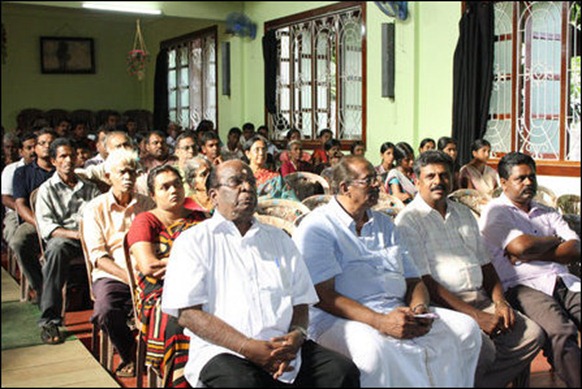