Reports from Trincomalee confirmed that a Tamil civilian recently refused asylum in the U.K. and deported to Sri Lanka, was found killed on the 18th April. The killing occurred amidst arrests by the Sri Lanka miltary of more than 300 Tamils in the east, many of whom were refugee returnees from other countries, reports said. Tamil activists say systemic issues such as lack of information on asylum application procedures and sources of funding, a lack of affordable advice in the refugee’s own language, combined with out-of-date, biased or inaccurate ‘official’ country information relied on by immigration officials and judges have resulted in many potentially vulnerable refugees being returned back into the waiting hostile hands of Colombo .

Tamil activists said fear from burgeoning refugee populations are forcing Western governments, notably UK and Australia, and many European countries, to play down the "well founded fear of persecution," of ayslum seekers, even while Colombo has demonstrated its intent to violate rights of Tamils, including torture and disappearances.

Colombo has been successfully weathering pressure, perceived or otherwise, in spite of seriously incriminating commentary from Amnesty, Human Rights Watch, and International Crisis Group (ICG) among others, on the credible persecution fears of Tamil refugee returnees, Tamil activist circles said. 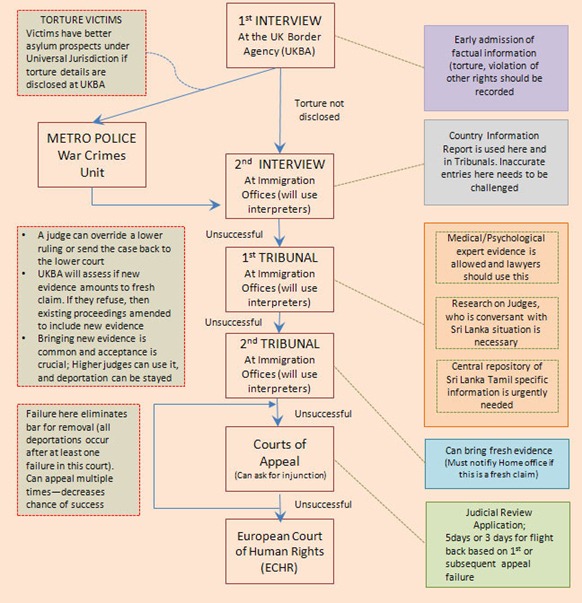 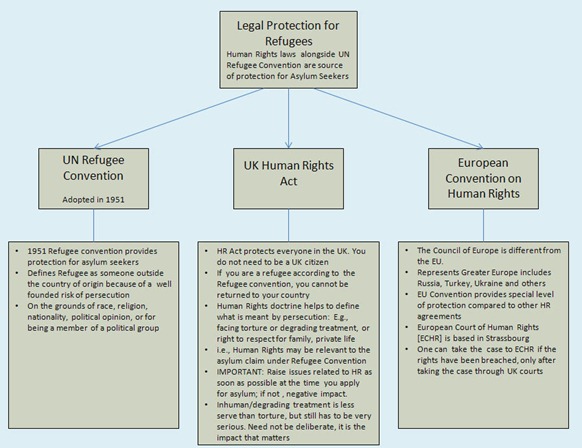 A spokesperson for Tamils Against Genocide (TAG), a US and UK based activist group which has been engaging with the legal process in the U.K. with a few successful tribunal decisions on asylum applications, said, "while in the U.K. we are becoming more familiar with the legal system, and with the help of a handful of legal professionals setting up a system to help the Tamil asylum seekers, the refugee situation is worse in Europe and in South Asia.

"There is an urgent need to help these refugees to gain easy access to legal and financial support, and to lessen the burden on the same people who have already undergone harrowing experiences, and inhumane and demeaning rights violations at the hands of Sri Lanka military," Jan Jananayagam said. "TAG is working on setting up such a system to provide material help and advocacy for asylum seekers, and the diaspora should shoulder the financial burden if such a support system is to be sustained to meet the needs of the refugee inflow," she added.

A document providing legal and other relevant information to Tamil Refugees in the UK, is under preparation by TAG, and a draft released to TamilNet contains information that relates to the (a) legal procedure followed in asylum cases in the U.K., and (b) the legal instruments used in the adjudication in the tribunals and UK Courts.

Legal procedures and associated appeals processes available are shown in the adjoining chart where the asylum seeker has the opportunity to establish the "well-founded fear of persecution" at the interview (2nd), the two tribunal hearings, and at the possible multiple hearings in the Court of Appeals. The case proceeds to the following phase only if the application fails in a step as the case progresses through increasingly stringent scrutiny.

"TAG considers medical and psychological evidence from an expert witness is very important for obtaining a positive result in an asylum application, but only a few attorneys encourage or help their clients to obtain such information before tribunal hearings. A central refugee-aid repository of past cases of persecution in Sri Lanka, affidavits from victims, legally admissible video, photographs of harassment and other similar evidence, are essential prerequisites that will materially benefit Tamil asylum seekers in U.K.," Jananayagam said.

In the U.K., legal aid is also available from the British Government for eligible asylum seekers. However, to obtain this aid, the representing legal firm should also be certified as "legal-aid eligible." Due to stringent documentation requirements to qualify, many legal firms decline certification, and lose the opportunity to obtain legal aid for their clients.

Collection of past rulings and proceedings in the Courts of different countries including the U.S and Switzerland can help expose the culpable conduct of Colombo in committing international crimes and will aid asylum applications of Tamils in the Western legal systems, legal sources in UK said.