Accusing the international community for being "unwilling or incapable of objective fact finding on the issue applied to the Tamils and what has happened in Sri Lanka," Judge Dearie, Judge for the District Court of the Eastern District of New York (EDNY), said during the sentencing hearing of Karunakaran Kandasamy, a Tamil charged with material support to the LTTE, that the situation "really does cry out for some independent reliable voice to tell the full story," and noted that "[t]his Colombo government doesn’t seem willing to give ground in terms of the Tamil community, and although the war is over, the conflict continues."

Full text of Judge Dearie’s statement during the sentencing of Karunakaran Kandasamy on the 11th of May follows:

"Well, yes, it’s been a struggle for me and no doubt for everyone associated with the case, including, particularly, the families. 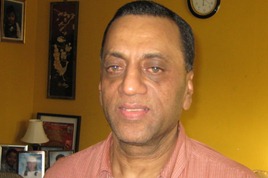 That said, yes, we have to pull back that sort of emblazoned banner of terrorism and look at the case specifically and the defendant particularly and that’s where the decision-making process gets so difficult.

You know, part of preparing I reread John Anderson’s article in the New Yorker back over a year ago, and a thought that occurred to me is it is so unfortunate that apparently the international community seems either unwilling or incapable of objective fact finding on the issue applied to the Tamils and what has happened in Sri Lanka. I don’t know it would necessarily be directly relevant to the question of sentencing to this man, but it’s clear from all accounts that this civil war involved brutalities on both sides. Now that we have been so, in a relative sense, intimately involved in this struggle, it really does cry out for some independent reliable voice to tell the full story.

It is also somewhat disappointing, apparently. I don’t mean to get into the politics of this.

This Colombo government doesn’t seem willing to give ground in terms of the Tamil community, and although the war is over, the conflict continues. That’s disappointing.

I don’t think it is humanitarians versus terrorists. It’s not so simple.

I have very little doubt that Mr. Kandasamy’s motivations were largely humanitarian, if not exclusively humanitarian, but of course, the ends do not always justify the means. He is characterized as a leader. I guess to some extent there is some support for that, but given the way I understand Tamil hierarchy to operate largely out of Sri Lanka and given the facts as reflected in the reports, I have some doubt as to whether or not he enjoyed the usual latitude of leadership as we know it.

He was a fundraiser for sure. He had relationships with important people in the hierarchy of the LTTE, that is for certain, but given the unusual circumstances here and that existed on the Island, in terms of LTTE being a de facto government in the region, he’s not alone. He’s not alone.

He’s almost 56 years old. This is his first offense although, albeit, a very serious one. He does, indeed, have documented serious and chronic illnesses. He has spent most of the time — is it MCC or MDC?

He’s led what appears to be an otherwise responsible life as a father, as a husband, as a member of his community. The letters attest to that in glowing terms. So the question is what more is necessary to make the point that the government does not tolerate support for terrorism no matter what the ultimate objective may be. In this man’s case I believe justice has been served.

I appreciate the government’s position. The government quite rightly points out they could take a far harsher position when it comes to this individual. I don’t think the government’s sense of fairness, sense of justice would have permitted that, and I appreciate the fact that, although they disagree with me no doubt on what the appropriate sentence is, they recognize that this is not a garden variety terrorism case.

I am going to impose, therefore, a sentence of time served on both counts; $100 special assessment; there will be no fine; three years supervised release."