Foreign minister says country is conducting its own inquiry into alleged war crimes, as troops march through Colombo. 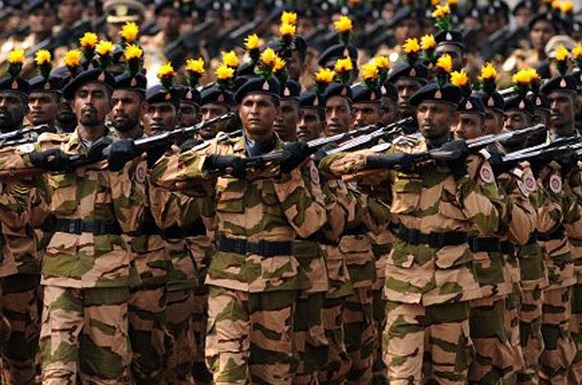 Sri Lanka has rejected calls for an international probe into allegations of atrocities committed during the country’s civil war as its armed forces marked the third anniversary of the end of the conflict.

Thousands of soldiers marched through the capital Colombo on Saturday to celebrate the 2009 victory over the LTTE Tamil rebel movement, which had fought a decades-long secessionist campaign.

"Some are shouting ‘remove camps, remove camps’," Rajapakse said in a televised speech, adding "these camps are not in another country. We have troops elsewhere in the country as well".

His remarks came hours after Hillary Clinton, US secretary of state, told GL Peiris, the Lankan foreign minister, that Colombo should de-militarise the former war zones and do more to protect human rights.

Tamils have said the celebratory nature of the military parade is inappropriate. The UN estimates some 100,000 people died during Sri Lanka’s conflict, including 40,000 in the final five months of the war, between 1972 and 2009.

Sri Lanka has also come under scrutiny over the conduct of its troops, with a United Nations report last year alleging that its soldiers deliberately targeted civilians. It also said Tamil rebels had used civilians as human shields.

The Lanka’s foreign minister, speaking in Washington on Friday, said that a local inquiry into alleged abuses was under way and said members of the armed forces would not be immune from prosecution.

He said Sri Lanka’s attorney general had begun an inquiry into several incidents that a government-appointed reconciliation commission said required further investigation, and would assess whether there was adequate evidence for criminal proceedings.

“The local inquiry has just started,” said Peiris after talks with Clinton. "It has to be given reasonable opportunity to move forward and to come to a conclusion. Until that is done, any kind of intervention by any kind of international tribunal is premature.”

Sri Lanka’s government convened a reconciliation commission in 2010 which delivered its report last December. The commission gathered evidence on the conflict from both sides, but rights groups say it failed to investigate, for example, the use of heavy artillery against civilian areas as possible war crimes.

It has also been criticised for failing to act on the commission’s recommendations, including that it give more power to Tamils in areas where they are in the majority.

Peiris’ visit to Washington came amid strained relations between the countries over a resolution passed by the UN human rights council in March to press Sri Lanka to conduct an independent probe into civilian deaths.

But Peiris made no mention of jailed former army chief, Sarath Fonseka, who was expected to be released on Saturday after Sri Lanka’s cabinet formally backed Sri Lankan President Mahinda Rajapaksa’s move to free him.