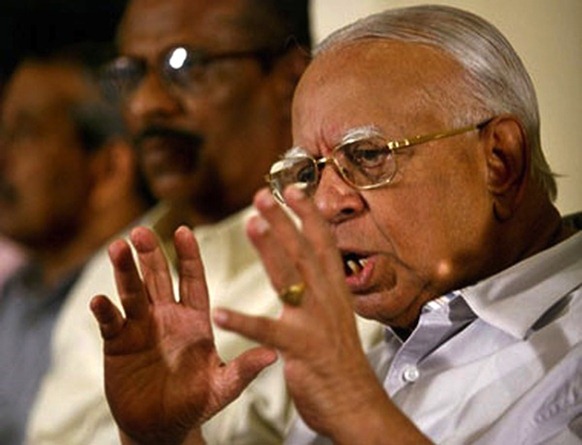 The keynote speech by Mr. R Sampanthan, the leader of the main Tamil parliamentary party at the recent congress of that organization is in many respects a landmark event. It sheds light on a number of key strategic issues and should make clear to the international community that the matter of political dialogue leading to ethnic reconciliation is, has become or is becoming rather more complex and fraught than is customarily thought.

The senior political leader of the Tamil community in the island’s strategically sensitive Northern Province reconfirms the political aim and goal of his party. Perhaps more importantly he clarifies the international strategy that is being, and is to be, adopted in furtherance of that political project, as well as the interconnection between the international strategy and domestic tactics in support of the project. It is not so much a strategy for breakthrough as for ‘breakout’.

Mr. Sampanthan’s speech not only states clearly that the political project lies outside the parameters of both the 13th amendment as well as the structural form of a unitary state, it also provides considerable evidence that the goal of a sovereign state of and for the Tamils, one in which they enjoy absolute rather than shared or devolved authority, remains the goal. The terms ‘devolution’ and ‘power-sharing’ do not appear in the speech.

Perhaps the key segment of Mr. Sampanthan’s speech is that the adopted strategy is to prove to the international community, especially India and the USA, that a solution for the Tamil people is not possible within a united Sri Lanka. The repeated use of the term ‘united’ rather than ‘unitary’ reveals that the strategy is not merely to convince the international community that a solution cannot be found within the unitary form and framework, but rather within a united Sri Lanka, i.e. Sri Lanka as a single, united country. Despite several references to a ‘united’ Sri Lanka elsewhere in the text, this strategic perspective reveals a latent commitment to a secessionist goal by other means.

This speech provides a glimpse of future tactics inasmuch as it speaks of a non-violent campaign which it fears will be met with violence, at which point the international community should act decisively. The stances of the party until then can be understood as setting the stage and positioning itself for such an endgame.

The official translation into English of the keynote speech delivered (originally in Tamil) by Mr. R Sampanthan can be read in full below.