“It will be a blot on modern world history if war criminal Mahinda Rajapakse is to be allowed to dine with Her Majesty the Queen Elizabeth II on the Diamond Jubilee celebration. We are proud of her regime but sad about this intrusion of a war criminal,” said Queen’s Service Medal (QSM) recipient, Mr. A. Thevarajan in New Zealand, remembering Mu’l’livaaykkal genocide in a gathering at Auckland on 19 May, which was addressed by politicians of NZ, Mr Phil Twyford, Labour MP and Ms Jan Logie Green MP. Responding, a new generation political activist in Jaffna asked how the global Tamils living all over the former empire, where the sun was never setting, are going to mark their protest in contemporary world history for the insult shown to the genocide-affected nation of Eezham Tamils by Her Majesty’s Government in the UK. 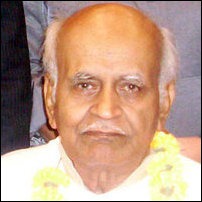 Thevarajan also said that “The International Community cannot give selective exception to Sri Lankan war criminals while tightening their action on the leader of Syria for deaths counted in hundreds only. In Sri Lanka, even the conservative figure surpasses 40,000 deaths.”

Speaking at the New Zealand event Phil Twyford said, “The Labour Party has been closely following the events in Sri Lanka.”

Conveying a message to the occasion, Labour MP and Leader of the Opposition, Mr. David Shearer said, “My Party’s position on this issue is that that those who have committed atrocities during the civil war in Sri Lanka must be brought to justice through international bodies.”

Shearer remembered his earlier career spending two and a half years working with a humanitarian agency in the North and East of the island in the 1990s.

However, while Twyford was expressing hopes on the LLRC recommendations, Shearer was talking on “reconciliation between the communities affected in Sri Lanka.”

Eezham Tamils are yet to enlighten world politicians how the LLRC recommendations aim only at fulfillment of structural genocide and ‘reconciliation’ is not between two affected communities, but a militarily imposed ‘reconciliation’ between the oppressors and the subjugated.

The Greens will pursue the issue until justice is meted out to Tamils, said Ms Jan Logie.

Ms. Nirupa George, a young Lawyer and Tamil activist made a Power Point presentation of the ongoing oppression and humiliation of Tamils in the island of Sri Lanka.

While Mr Sabesan outlined the objectives of the Tamil struggle, Mr Gaureesan and Ms Tharmini anchored the event in Tamil and English.