Colombo: Sri Lanka’s former army chief Sarath Fonseka said Thursday that he aimed to topple the government and create a new political culture, ruling out any possibility of working with President Mahinda Rajapaksa. 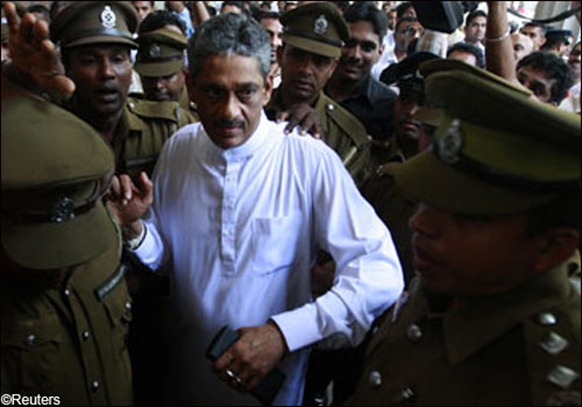 Speaking at the first press conference since his conditional release from jail May 12, Fonseka was upbeat about his role and insisted that he would work with a common opposition to defeat the government, Xinhua reported.

Talking to the media, he also categorically ruled out joining the government or working with President Mahinda Rajapaksa as he said the president "could not be trusted". He called on the opposition to unite and accept a leader that will be picked by the people.

Though under the conditions of Fonseka’s release he cannot contest in an election for seven years, he said that with people’s support he would be able to overcome this hurdle.

The relationship between Fonseka and the government became strained after he retired from the military in late 2009 and announced his candidature for the presidential election.

Fonseka contested as the leader of an opposition coalition but lost the election. He was later arrested and jailed over various charges, including illegal arms deals, harbouring army deserters and making allegations to the media that soldiers had shot unarmed rebel cadres.