Competing with other nations without states, “Tamil Eelam Football Association”, an Eezham Tamil diaspora football club participated in VIVA 2012 World Cup for the first time this year. Making it’s debut on 6th June, TEFA, a football team comprising of players from across the world, participated in the tournament at Erbil, Kurdistan, scoring the first victory for Tamil Eelam in football on Saturday in a match against Raetia. The newly assembled football team of young Eezham Tamils won one match out of four, rank seventh in the tournament. The tournament was won by Iraqi Kurdistan, with Northern Cyprus as runners up and Zanzibar in the third position.

The VIVA tournament that is organized every two years by the New Federation Board for nations unaffiliated with FIFA, accepted Tamil Eelam Football Association (TEFA) this year.

As a project launched by the Global Tamil Youth League, TEFA brought together a mix of semi-professional and amateur players from Canada, Great Britain, and Switzerland to form the first national sports team.

The tournament, that took place from 4th to 9th June, housed eight different teams divided into groups of three. TEFA was drawn into Group B where they faced Zanzibar, Occitania and Raetia. Despite losing their first three matches, they came back to secure the third match with an impressive victory of 4:0 over Raetia.

Despite being a newly formed team who had very limited time to build team cohesion, the performance of TEFA was impressive, is the observation of many who followed the match. 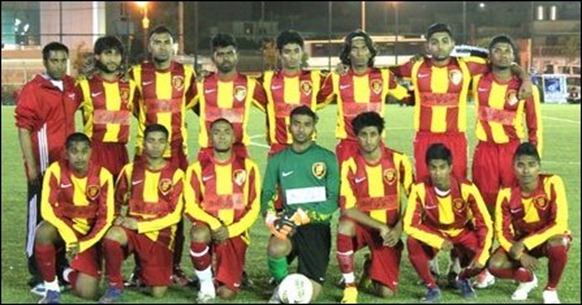 Menan Nagulendran , who scored the first goal for the team and went on to complete a hat-trick told TamilNet that he dedicated the three goals to, “the liberation heroes, victims of the Tamil genocide and the TEFA supporters.”

The performance of the team also caught the interest of the Tamil diaspora, especially the second generation youth.

Janarthan Sadacharalingam, Captain for TEFA spoke to TamilNet about the necessity of holding up the symbols representing the Eezham Tamil nation in sports.

“We did not shy away from using these symbols because we are firm on our nation and want to send a strong message against any compromise of our identity,” he said.

Their ability of the TEFA to enter an international tournament, largely involving participation of nations without states, allows for the Eezham Tamil nation to build solidarity with other similar peoples of the world through a healthy competition. 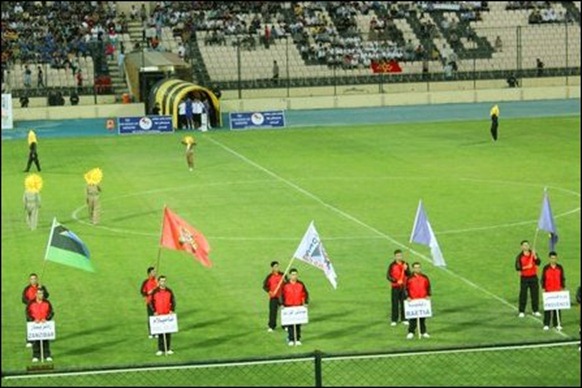 Besides culture and arts, sports are an important sphere of expression of national spirit. While mainstream sports is largely commercialized and serves to exclude groups like Eezham Tamils and to legitimize existing state structures alone, international venues like VIVA provide alternate space for the expression of talents of such nations without states.

In the past too, socially committed athletes have used sports as a medium to deliver a political message. The most striking example is that of the ‘Black Power salute’ in the 1968 Olympics by African-American athletes Tommie Smith and John Carlos to express protest against prevailing racism in the then USA.

The firmness of the TEFA to use sport to send a political message by raising the Tamil Eelam national flag before the match also contributed to the popular enthusiasm generated among Tamils across the world.

Followers of this tournament also hoped that the performance of and the response to the TEFA would serve as an inspiration for other sportspersons among the Eezham Tamils.