Sampanthan, after wagging a Lion flag in Jaffna may be as a sign to the Sinhala chauvinist gallery, said at Batticaloa, “A solution to the ethnic problem of the sovereignty of the Tamil people, based on a political structure, outside that of a unitary government in a united Sri Lanka, in which Tamil people have all the powers of government needed to live with self-respect and self-sufficiency.” Then Sampanthan, like a modern day Ravana who abducted the Aryan queen Seetha, pressed the point that, failure on the Sinhala side, will inevitably lead to seek separation with the help of the world community. It has created the expected result. All those Sinhala chauvinist idiots who claimed that Tamils are broken and Elam state is a lost dream could not control their anger. One can understand their plight. The sacred unitary state has been threatened. Strangely enough the recent Island editorial on this subject is among a few that took a balanced view of the speech. The editorials called on the government and the TNA to rise above clever moves and counter moves, and strike an approach to find an “honest solution” on the basis that this country belongs to all its people, regardless of race and religion. “We must settle this issue, not because India or the US wants us to but because it behoves on all of us to do what is right and proper for the benefit of all”. While the island took a rational stand Gunadasa and other Sinhala chauvinists have started a vicious campaign against the TNA leader. They wanted the Mahinda regime to arrest him as a traitor and expel him from parliament. 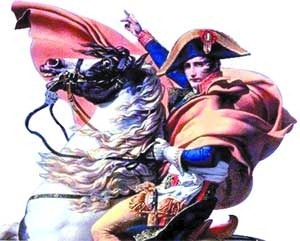 It is not a surprise that the threat of the consequences of violating the Sixth Amendment should be flung at Sampanthan. Not that anyone is serious about such a possibility, but there is no end to idiocy in Lankan politics. There was no Sixth Amendment when the TULF adopted the Vaddukoddai resolution, in 1976, proclaiming right of self determination: with of course separation included.  Thirty six years later, with the Sixth Amendment and a long bloody war – which the infamous Amendment precipitated rather than prevent – in between, Sampanthan has given the real meaning of that resolution. It is the realization of Tamil aspirations within a united Lanka that is now the primary goal and the goal is unachievable without the progressives among the Sinhala playing a positive role. It is on that basis that the TNA is participating in a common campaign of the opposition.

The negative attitude of Mahinda on this problem completes the reactionary nature of the regime.

This shows that Mahinda is not a Bonapartist who could balance over contending class forces. He is tied down to the reactionary politicized state power. It is a foolhardy, corrupt power armed with state terror. A leader at the helm of a reactionary power structure if unable to be detached at least for a historic moment, is doomed to collapse with the power structure in time to come.

On other hand workers have come out against the austerity programme of the government. Nearly 15,000 electricity workers, predominantly Sinhala, are preparing to go on strike. Twenty-five trade unions affiliated with the state-owned Ceylon Electricity Board (CEB) have abstained from work a few weeks back and they are preparing for a real confrontation. United Trade Union Front told the media that the strike could result in power shortages around the country but insisted that it was the government’s fault for not providing a 25-percent pay rise as demanded by the workers. The Jathika Sevaka Sangamaya (JSS) affiliated to main opposition United National Party (UNP) has decided to launch a campaign for a joint strike action if the government fails to grant a 25 percent salary hike to electricity and water employees. The JSS states that discussions have already commenced among trade unions at the Ceylon Electricity Board (CEB) and the National Water Supply and Drainage Board (NWDB) to formulate a joint action to win their demands. They have said the executive officers and engineers at the CEB had been granted salary hikes between 36 to 48 percent while the junior level employees have been ignored.

In the mean time strikes over wages by almost 15,000 non-academic workers at 13 Sri Lankan universities and related institutions were able to shut down those institutes last week. Workers blame that the Trade Union Joint Committee (TUJC) wanted to abandon the struggle after it accepted a flimsy promise from Higher Education authorities. Non-academic workers across Lanka, including from the North and East, were involved in the walkout, the second strike in the past two weeks. The joint committee’s demand was for an immediate 25 percent pay rise for non-academic employees as part of the rectification of salary anomalies. However leaders wanted to stop the struggle, claiming they had won an 11 percent salary increase, a figure nowhere near the original demand. Moreover, there is no guarantee that non-academic employees will ever receive this amount. Struggle is continuing and government claims all these struggles are politically motivated.