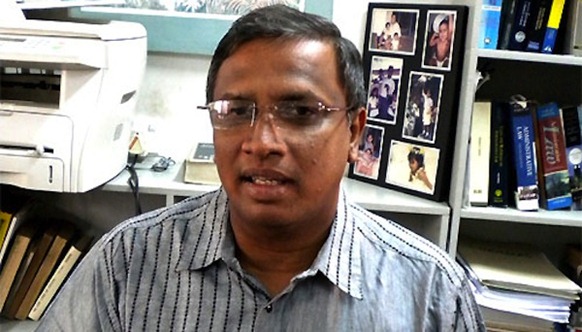 Dr Vikramabahu Karunaratne gets more things wrong than right, and he does exaggerate, but he hardly ever lies wittingly. Therefore I have no reason to disbelieve the following extract from his column in the Sunday Lakbima of July 1st, reporting a meeting in Matara.

“MP Sumanthiran was the special speaker at this meeting…Sumanthiran explained in very simple way and in an attractive style the meaning of ‘the right of self determination’. “Sinhala are a great people and we respect them” he said and added “So are we, the Lankan Tamils. We expect equal respect and we want to live in our way, within our traditions, in our homeland. We do not want to separate but if that is the only respectable option given to us, certainly we will take it.” (‘Removing the tattoos-Remembering the heroes’, Vickramabahu Karunaratne, Sunday Lakbima News, July 1, 2012)

What, as they say, is wrong with this picture? Firstly, it is a-historical and misses a sense of historical reality. This statement “We do not want to separate but if that is the only respectable option given to us, certainly we will take it” belongs to the past.  It pre-supposes that this path has not been tried. The lived historical reality is of course that it was tried in its most massive, intense and decisive form, that of a thirty years war waged by a powerful armed force. And it failed, it was defeated.

Mr Sumanthiran and those who see no fault in his statement may argue that he means the pursuit of separation by unarmed means, by methods of Gandhian Satyagraha. But that too was tried under a far more stellar leadership of Messrs Chelvanayagam and Amirthalingam and hardly proved fruitful. It was the failure of the peaceful path of secession that led to the armed option.

The historical reality is that four methods of separation have been tested out: peaceful protest (1970s, TUF, TULF), warfare (‘70s to 2009), external entanglement (UDI 1990) and negotiation (CFA’s ‘lines of control’, ISGA proposals).

All four methods failed, which does not mean that they won’t be tried again, in different guises and ratios. However, a rational politician or political party would say of the separatist option “been there, done that, got a whole wardrobe of Tiger T-shirts and won’t go there again”. Instead Mr Sumanthiran reveals that separation is still regarded as an option.

Since we aren’t naive, we must assume that his dogged optimism is based on a combination of external factors such as the Tamil Diaspora, elements in Tamil Nadu, pressure from certain quarters in the West, the campaign in the Western dominated international media, reinforced by and reinforcing a campaign of agitation on the ground.

Such a strategy has to be guarded against and it is only future history that will judge whether or not that version of the secessionist project will be successful.

Questions remain about some of his basic premises, such as “we want to live in our way, within our traditions, in our homeland”.  In a democracy, basic decisions on the form of the state are decided upon by majority vote in the country, state or political unit taken as a whole. While a measure of local self-governance is usually recognised, there is no absolute right of any ethnic community to ‘live in our own way, within our own traditions, in our homeland’. While any area may be considered a homeland of any community – just as I consider Colombo my hometown, where I was born and raised—this homeland is a sub-set of, and secondary and subordinate to, the larger political community; the whole country which is the homeland of all its citizens, irrespective of ethnicity.

Furthermore, what does Mr Sumanthiran mean by ‘equal respect’? If he means that every Tamil citizen of Sri Lanka must have treatment equal to that of a Sinhalese citizen; if he means that no one must have unequal rights and treatment because of his/her ethnicity, then he is indubitably correct. If however, he envisages a bi-polar situation; if he sees Sri Lanka as a Sinhala polity and he wishes to carve out a Tamil polity which will have an equal status, then he is wrong.

This latter conception is perhaps at the bottom of the TNA’s refusal to enter the Parliamentary Select Committee: it sees itself as the representative of a Tamil polity engaged in bilateral talks –as equals–with the Government which represents the Sinhala polity. This is simply not the case.

The crucial question is this: what should Mr Sumanthiran have said instead? While Sinhala racists would contest his claim for equal respect and his perception that it is observed in the breach, no rational and fair-minded person could expect him or the Tamil people to suffer inequity and oppression in silence.

What Mr Sumanthiran should have said is that if equal rights are not granted, then he, his party and his community will struggle for as long as it takes, by all peaceful methods for the elimination of discrimination and oppression in all its forms, for the achievement of equality of rights and freedoms in theory and in practice, and for a reasonable measure of autonomy—all in alliance with the rational, fair minded within the Sinhala and Muslim communities. He should also express determination and optimism that this struggle will succeed someday: ‘yes, we can!’

That is not what he said. Starting from questionable premises he concluded with a threat of separatism. This proves that even the most moderate of TNA leaders has not foresworn separatism, which in turn indicates the collective mindset behind and beneath Tamil politics. Mr Sumanthiran’s discourse also reveals the stark difference between a secessionist movement, however latent, and one for integration on the basis of equal rights. It also points to the difference between a secessionist project and an autonomist one. Mr Sumanthiran’s discourse fails the litmus test of a constructive, moderate partner for a sustainable peace.

Tamil nationalism has to reckon with four realities. Firstly, the demography of the island makes it impossible to make two numerically vastly unequal collectives, equal, except as individual citizens. Secondly, the practice of democratic elections ensures that one fundamental questions of the state, one community will always outnumber the other. (This is why the forefathers of Tamil nationalism were so hostile to universal suffrage and why the Tamil particularist project rises as a pre-emption of the effects of universal franchise.) Thirdly, as the aftermath of WW 2 most clearly demonstrates, throughout history, the post-war framework is drawn up by those who win a war. (If they are enlightened, the post war peace becomes sustainable). Fourthly, supporting or being identified with a side that loses a war imposes a cost, just as any gamble, if lost, has a price attached. This is more so when one has not made any criticism of that losing side or self criticism of one’s identification with it, and the identification or overlap continues. The sole exception is when the losing side has behaved with such exemplary nobility that even when it is militarily defeated it has morally and ethically triumphed. (Fidel after Moncada, Che in Bolivia and the Sandinistas after Carlos Fonseca’s death are classic positive examples, while the Tigers are among the classic negative examples of holding the ethical-moral high ground).