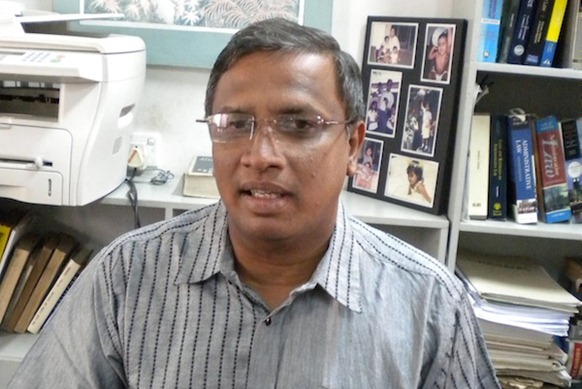 The announcement that elections to the Northern Provincial Council will be held in September 2013 has raised eyebrows in some quarters and generated criticism in certain others. As one who unfashionably – and riskily—advocated the holding of that election soon after the decisive military victory of 2009, I find myself paradoxically in agreement with the decision not to hold the election right now. This is due to the difference in the situations and prospects of 2009 and 2012. In the immediate post-war period, an election would have placed in office, a politically moderate long standing Tamil ally of the state, not merely this government; someone who has been in alliance with the administrations of three Sri Lankan presidents belonging to both major parties. This was what I termed the Chechen solution of President Putin.

Not having done so, the Sri Lankan state faces today the prospect of the election to office of a party whose moderate ideologues advocate the right of self-determination. The holding of presidential, parliamentary and municipal elections in the North does not automatically render unproblematic the holding of elections to a devolved body at the periphery, such as the provincial council. There is no country on the planet in which a transition from wartime military rule – or military control of any provenance and sort—to civilian governance does not require thinking through and careful management from the perspective of security, especially when such zones are of crucial strategic importance and the party prospectively in power has a stance which is at variance with such strategic and security imperatives.

A recent article in a respected paper in the region made the point that the military-civilian ratios in Kashmir as well as our neighbour’s north-eastern periphery are far less favourable to the military than the corresponding ratio in Sri Lanka’s North. Though there is indeed a case for a lighter military footprint, the pseudo-sophisticated argument of comparative ratios is specious, given that the balance of forces between our gargantuan neighbour and its neighbours across those troubled frontiers is overwhelmingly in favour of our neighbour, while that is manifestly not the case with the Sri Lankan military and its neighbourhood.

The two interlinked postulates of Tamil nationalism are those of ‘Tamil nation’ and ‘self determination’. These are not fiendish concepts; they are, however, dangerously wrong. In 1979, as a dogmatic Leninist aged 22, I adhered to these concepts myself, but that was before thirty years of carnage and human suffering in Sri Lanka had exposed these concepts for the destructive notions they were and had disproved them as hypotheses in the most decisive manner possible. Meanwhile the dramatic change in world history caused by the fall of global socialism had altered the meaning, relevance and relative importance of independence, territorial unity and integrity, national sovereignty and self-determination.

For those on the Left or of Left persuasion, the perspective should be that of Marx and Engels rather than Lenin because the historical moment of the Leninist theory of the right of nations to self determination– that of the post WW1 crisis of imperialism and rise of socialist revolution resulting in the setting up of a system of socialist states– has receded, perhaps never to return. Marx and Engels on the other hand, never conceived of a right of nations to self determination. Instead, they staunchly opposed federalism and assessed every ethno-national cause and struggle on its own merits, from the perspective of the broader needs of the democratic and working class cause in each country as well as the balance of forces on a continental and global scale.

Left perspectives apart, the ideology of self-determination remains very much part of contemporary Tamil nationalist politics, even among its sophisticated urban moderates. Take for instance the interview given to Sulochana Ramaiah Mohan of the Sunday Lakbima, by lawyer-politician MA Sumanthiran, in which he says as follows:

“Self-determination means self-determination, nothing more or nothing less than that. I used the word to mean exactly what it means. The fact that others may have abused that word does not mean that I can’t use it to convey its correct meaning…Self-determination is a term of art (sic) in international law. The UN and the Human Rights charters are based on this foundational principle. All peoples are entitled to it, and the Tamils in Sri Lanka cannot be denied it merely because LTTE also used that claim. Oppressed Peoples are everywhere, and it will not be possible to compare and pronounce that a particular situation is better than the other…As I have indicated earlier, self-determination is the fundamental right of every people. You cannot have harmony among different peoples by denying their fundamental rights.”

These remarks must be read together with Mr. Sumanthiran’s earlier, un-contradicted statements on the subject such as the one made less than six months ago. I note that he has not contradicted, for these several months, his February interview in which he said the following to Namini Wijedasa:

“…You have to ask the Tamil people whether they want to stay in the country or be separate. Everywhere it’s like that…A distinct people in international law have certain rights called self-determination. The right to self determination international law now says must be exercised internally in the first instance. But if that is consistently denied, then according to the Canadian Supreme Court judgment on Quebec, they might even become entitled to a unilateral secession. So, if Sri Lanka should remain as one country, and we think it should remain as one country, then to preserve it as one country you must grant that right to self-determination and have it exercised in an arrangement within one country. That must be given, that must be recognized. It’s not at the wish of the majority that it’s given. That is as a matter of right in international law…” (Sunday Lakbimanews, Feb 5th 2012)

An excerpt from a transcript of video of Mr. Sumanthiran’s fairly recent speech in Matara quotes him as saying:

“…there is a great and ancient people called Sinhalese in this island, they have a very ancient history, they have their own language. They have adopted an ancient and glorious religion. They have their own traditions. I respect all of that very much. But unfortunately I don’t belong to that great people. I belong to another people called Tamils. We also have a great tradition. We also have a great language. Our history is also at least as ancient as that of the Sinhalese. But we are a different people…So I want you to know that when the Tamil National Alliance says that we are for the right to self determination of the Tamil people of this country, that in no way negates the right to self determination of the other peoples of this country…The fact that a people are entitled to the right to self determination does not necessarily mean that they must exist as a separate country. In many countries there are many different peoples, they live together as one country, but recognizing each others’ status as a distinct people.”

The ‘two nation theory’ adhered to by the Indian Communists in the post-war period, was decisively abandoned after the schism accompanied by the ghastly butchery of the Partition. If the notion of Tamil self determination should be entertained anywhere it is by the Indian state and Constitution because of the existence of Tamil Nadu with 70-80 million Tamils who constitute a collective a far older presence there than on this island. However, the concept is not entertained by India and correctly so. Rejected in India for any part of India, it certainly has no place in Sri Lanka, which has infinitely less geostrategic space.

Sri Lanka’s Tamils, as a national minority, or at most, a minority nationality – not a nation– must not be subject to any discrimination or injustice. Self-determination, however, is a right enjoyed and exercised by the multiethnic Sri Lankan people/nation (or ‘people-nation’ as Gramsci puts it) while sovereignty is the right of the Sri Lankan nation, state and multiethnic citizenry, not a particularistic fraction or parochial segment of any of these. (Dr. Dayan Jayatilleka)