The Dravidian Etymological Dictionary (DED) has two entries (549, 550) for the word Eezham and one of them means the island. This means Eezham is evaluated as a Dravidian word by the DED. Eezham and Chingka’lam are parallel allocations. While they have not derived from each other, Chingka’lam did not refer to an ethnie, the Sinhalas, but to the island as whole and to its demos, not to one ethnie. The demos could be Tamil and/or Sinhala speakers. Considering usage evidences, Seeha’la and Lamkaa are late comers compared to Eezham, writes Professor Peter Schalk in a further note sent to TamilNet, after criticising the Indian MEA demand to drop the word Eezham as “provocative” (TamilNet 13 August). On Saturday, an interview feature in BBC Tamil Service said that Eezham has no entry in the DED and Madras Tamil Lexicon traces its origin to Pali.

Full text of the additional note sent by Professor Peter Schalk. His MTL transcription of words without diacritical marks is retained as it was in the text: 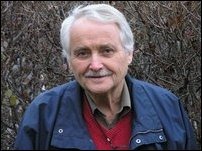 The DED has not only one, but two entries about ilam. That means that ilam is evaluated as a Dravidian word. Burrow and Emeneau followed a long lexicographical tradition that we already can see in the tivakaram, akarati nikantu, pinkala nikantu, cutamani nikantu, namtipa nikantu and tamil moliyakarati. The standard formula in them is like this: “Īlam: another word is cinkalam”. The entries reflect an alternating use of the words. Nowhere is said that ilam is derived from cinkalam, albeit the concept of derivation was well-known. The apidana kocam, Brito and Alvapillai Veluppillai also stand in that tradition. Already in the tivakaram in the 8th century we find this alternating use that I have characterised as parallel allocation of ilam and cinkalam. The tivakaram has been studied by Sinhala scholars who have projected Caldwell’s analysis into it without being aware of Caldwell. They referred to the Tamil Lexicon. Ilam is allegedly derived from sihala, they ascribe to the tivakaram anachronistically. This is bad historical scholarship, but it was and is politically “in”.

Again, before Robert Caldwell nobody, including scholars from Sinhala linguistics, has ever derived ilam from sihala, but after Caldwell, Hobsson-Jobson and Tamil Lexicon and Initirapala have taken it up. The derivation is linguistically (morphologically) and historically impossible. Today the derivation has become one of the pillars of anti-Tamil Simhalatva (Nalin de Silva, Gamani Iriyagolle, Susantha Goonetilleke). Iriyagolle’s view reveals a special “linguistic” theory. He thought that the relation between a signifier and its signified is organic, necessary and indissoluble. It is not conventional or arbitrary. Therefore, he thought that if the signifier is ilam and its signified is sihala, then there is no ilam. Everything is sihala. This kind of rudimentary thinking is characteristic for Simhalatva.

The interesting point in the DED is that it has two entries (549, 550), one for toddy and one for the island. They are treated as homonyms, but not as synonyms. Moreover, it also indicates that there are two different morphemes (stems) for ilam, one for toddy and one for the island. Usually ilam is taken as one word with several meanings, like the Tamil Lexicon does. I think that the DED is on the right track. We should treat ilam as word with at least two different stems. We should not let us be lured by homonymy. When we discuss ilam as toponym we need not to bring in toddy, gold, juice, etc. It only confuses. Let us treat ilam 1 and ilam 2 as separate words. We may find ilam 3 and ilam 4 also.

Another interesting theme in this connection is to study the Tamil use of the word cinkala(m). It did not refer to an ethnie, the Sinhalas, but to the island as whole and to its demos, not to one ethnie. The demos could be Tamil and/or Sinhala speakers. This was also the use by Samudragupta in the fourth century using Sanskrit. In Īlam, sihala appears first in the Dipavamsa from the fourth century together with lamka. Both are latecomers in relation to ilam. Throughout history, the Tamil use of cinkalam alternated with the use of ilankai and ilam. We can say that ilankai is derived from lamka, but we cannot defend the statement that ilam is derived from sihala.

The influence of Robert Caldwell’s analysis from the 1850s has been non-constructive. There is no reason for us today to continue that part of his work that has many constructive sides.

Among living scholars who have discussed the concept ilam deeply is professor (emer.) Alvappillai Veluppillai. His views together with other scholarly views can be studied in the book, ilam-sihala? An Assessment of an Argument, Uppsala: AUU, 2004. ISBN 91-554-5972. The book can be ordered at [email protected]

Comments from an Eezham Tamil academic in the diaspora:

Professor Peter Schalk has aptly brought out the point that Eezham, listed as a Dravidian word by the Dravidian Etymological Dictionary, is a parallel toponym for the island, which as far as available evidences go, was in use much earlier than Seeha’la and Lanka.

He has also pointed out to the morphological and historical linguistic impossibility of Eezham deriving from Seeha’la and how the 19th century scholar Caldwell misled some followers including the Madras Tamil Lexicon, to pave way for ‘Simhalatva’ interpretations.

However, the Dravidian Etymological Dictionary itself is not completely free from the influence of Caldwell, when it presents the second entry (550) cited by Schalk in which it considers the derivation of Eezham from Sanskrit Simhala and Prakrit Seehala, by the direction of an arrow mark and a question mark added in the entry. (See Image)

DED entry 550. The Dravidian retroflex L (ZH) is represented with an r with two dots below it in the DED transliteration.

There could be no second word that Eezham, as a toponym, has to be treated independently from the homonyms meaning toddy, gold or metal etc. But an inquiry into etymology, with the help of historical linguistic usage examples and etymology of parallel terms, is needed even to answer the question whether the morphemes are independent or related. Avoiding investigation just because it causes confusion is not deep academic approach.

Even the DED has found it appropriate to note under its entry on Eezham meaning toddy (DED 549, see image), about the legend ascribing the origin of the toddy-tapper caste of Kerala (Eezhavar) to Ceylon (Eezham).

The seemingly ignorant provocation coming from the Indian Ministry of External Affairs, where the minister is from Karnataka and the foreign secretary is from Kerala, is not concerned about historical linguistic parallels of Eezham and Chingka’lam. Now the involved terms are Eezham and Sri Lanka. Imperialism vilifying the former and upholding the latter is rather sociolinguistic abuse or engineering, aimed at erasing parallels in the island in complicity with the genocidal state of Sri Lanka.