Singh also hosted a private dinner, which was attended by a select number of guests, for the visiting dignitary.

Rajapaksa has been invited by Madhya Pradesh government for the foundation stone-laying ceremony of the University of Buddhist and Indic Studies in Sanchi.

On his part, Rajapaksa talked about various steps taken by his government to rehabilitate Tamils as also in dealing with the ethnic issue.

The visit also comes amid angry protests by some Tamil leaders.

Nearly half a dozen MDMK supporters, opposing Rajapaksa’s visit to Madhya Pradesh, were detained at Salamatpur near Sanchi as a precautionary measure, according to the state police.

MDMK general secretary Vaiko, who has arrived in Nagpur with over 1,000 supporters on way to Sanchi, has attacked the central government and the BJP-led Madhya Pradesh government for inviting the Sri Lankan President. 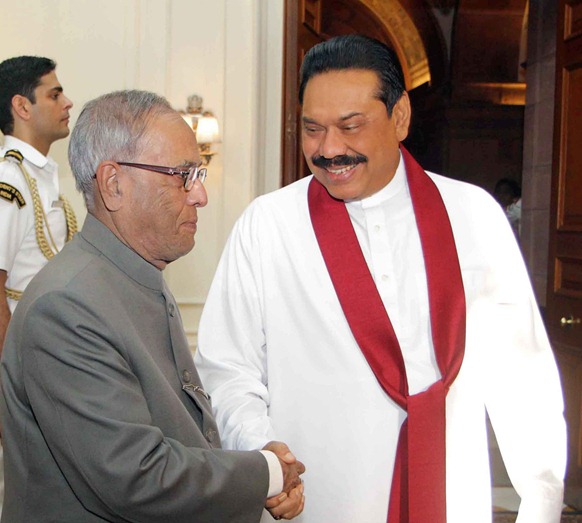 In the backdrop of the recent attacks against Sri Lankans in Tamil Nadu, the visiting leader, during his meeting with Mukherjee, also noted that such "unfortunate incidents" should not be allowed to "harm" age-old ties between the two countries.(PTI)