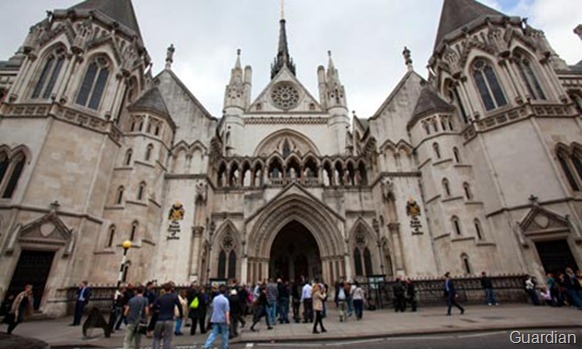 The high court has ordered that the imminent deportation to Sri Lanka of a number of Tamils be halted amid claims they may be tortured on their return.

Three solicitors’ firms have confirmed to the Guardian that a number of their clients had been given last-minute reprieves and would no longer be flown out of the country on a specially chartered UK Border Agency (UKBA) flight that was expected to be leave on Tuesday afternoon. It is understood that a further 10 to 12 firms have also lodged last-minute appeals on behalf of their clients.

Toufique Hossain from Duncan Lewis solicitors said he had received orders from the court on Monday night for three of his clients, two of whom had appealed against the deportation on grounds that they would face torture on their return to Colombo.

"We have at least two examples of clients who have independent evidence of torture and have significant mental health problems. We have successfully obtained injunctions in relation to at least three clients stopping their removal on the charter flight scheduled for the 23 October," he said.

"It is extremely concerning that clients who remain in immigration detention, who have a history of torture and/or mental illness and can also show a history of perceived or actual membership to the LTTE [Tamil Tigers] seem to be routinely put on charter flights," Hossain said.

Kulasegaram Geetharthanan from Jein solicitors said one of his clients was awarded interim relief on Monday night on the same grounds.

In one court fax sent in response to arguments of possible torture upon return to Sri Lanka, judge Sir Keith Lindblom wrote: "Though I find it hard to think that in the course of the claimant’s immigration history his case has not been fairly and thoroughly considered, his grounds raise matters that call for the defendant’s [Home Office] response. I am therefore prepared to grant interim relief."

Geetharthanan added that the Home Office had already backed down from removing two of his clients on the UKBA flight when he threatened to lodge those case files with the court.

A third solicitor, Anoja Muthusamy, told the Guardian that the Home office had tried to deport her client even though it was made aware last week she has an outstanding immigration appeal currently working its way through the courts.

She said the court had also stopped the deportation just hours before the Tuesday flight. "They [the Home Office] knew there was an outstanding appeal … so they’ve wasted time and my clients money," Muthusamy said.

It is not known how many injunction orders the court issued before Tuesday’s flight. The flight is understood to be carrying around 60 passengers to Sri Lanka.

Shortly before a similar deportation flight in September, the high court accepted the risk of torture to those being removed and halted deportations in a last-minute injunction.

A UKBA spokesperson said it did not comment on individual cases or on removal flights before departure, but added: "The UK has a proud record of offering sanctuary to those who need it, but people who do not have a genuine need for our protection must return to their home country.

"We only undertake returns to Sri Lanka when we are satisfied that the individual has no international protection needs. The European court of human rights has ruled that not all Tamil asylum seekers require protection."

A House of Commons foreign affairs committee report published last week condemned the Home Office’s lack of urgency and transparency on the issue.

"We find it unsatisfactory that the government has not been more forthcoming to parliament about its efforts – in general and in specific cases – to assess the level of risk to the safety of those who are removed from the UK," the committee said.

The report published on Thursday added that "the routine air of the [Foreign Office’s] initial responses … has not given us particular confidence that the FCO is being as energetic as it might in impressing upon the UK Border Agency the degree of risk."

On Monday, Keith Best, chief of Freedom from Torture, which has been campaigning against the removal flights, said: "It is not surprising that ministers squirm when asked to attest to the safety of the UK’s removals policy for Sri Lanka because evidence of a major risk miscalculation is stacking up.