The International Community should question its continued support to the reconciliation model preached by genocidal Sri Lanka, she further said.

The rally organized by the York University Tamil Students Association was one of many such demonstrations coordinated globally by the Tamil Youth Organization.

"It is outrageous that international silence continues to take place in Sri Lanka. In 2009, when our people were subjected to genocide the entire world stood and watched. Now 3 years later, the international community is silent again when the basic rights of our people are denied and this has emboldened Sri Lanka continue to the systematic destruction of the Tamil people. It is up to the Diaspora youth to continue to build solidarity and advocate for the rights of our people" Priyanth Nallaratnam, spokesperson for TYO Canada, told TamilNet.

Speaking at the rally, members of SAIA highlighted the similarities between the Palestinian and Tamil liberation struggles and called on all solidarity groups to fight in unison against these forms of oppression.

Guled Arale from the Scarborough Campus Student Union stressed the importance of Tamil students understanding the interconnectedness between oppressed peoples and actively engaging with other communities to strengthen all movements including their own.

On Tuesday MP Patrick Brown from the ruling Conservative Party in Canada released a statement calling on the Sri Lankan authorities to “exercise restraint, to respect peaceful demonstrations and to release the student leaders immediately.”

He also urged Sri Lanka to “remove the military from the Tamil populated areas and leave the administration to civilian officials… It is time for the International community to play a meaningful role to bring a speedy resolution to the Tamil grievances in Sri Lanka.”

Speaking on the comments of Mr.Brown, activists in Canada told TamilNet that, “ the ‘meaningful role’ Canada and the IC could play in resolving Tamil grievances would be to first recognize the nation, territoriality and right to self-determination of the Tamils. Relying on the LLRC based reconciliation model will not address Tamil grievances.” 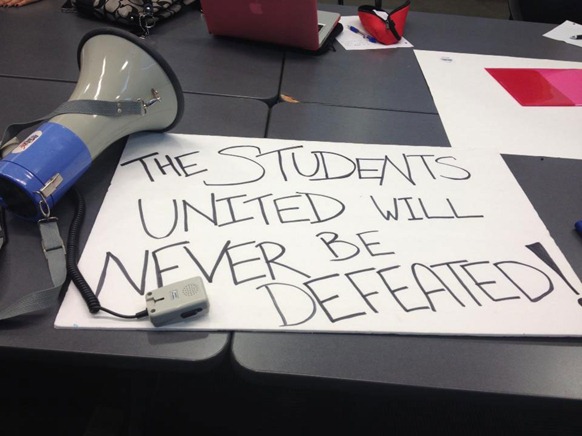