“There is now no anti-state terrorism in Jaffna. An important part of consolidating peace is for the State to conduct itself in a manner that induces respect for the rule of law,” reminded Jaffna University Science Teachers’ Association in an appeal sent on Friday to Sri Lanka’s President Mahinda Rajapksa on grave and dangerous plight of students at the University of Jaffna. “Your Excellency well knows, having been in politics for several decades and in the center of two Southern insurgencies, that the defeat of an insurgent force does not extinguish the feelings or causes that gave rise to it. Such feelings are not a police matter, but are rather to be handled as part of the political task of reconciliation and rebuilding,” the academics reminded the SL President further. 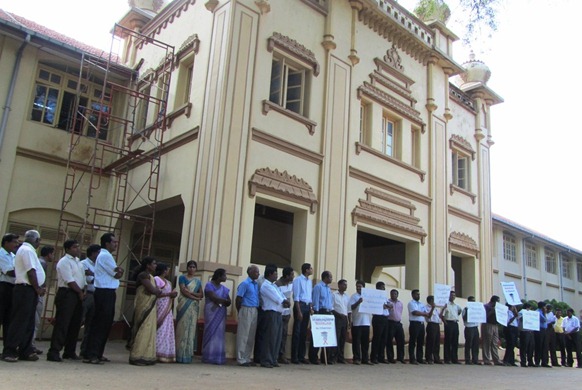 The demonstrating science academics accused the university administration for the plight of the detained students. Without the release of the students there could be no talk on dropping the boycott, the demonstrators said.

While the Medical Dean, who on Thursday handed over five students of his faculty to the SL Military Intelligence, accuses the Arts Faculty students for causing trouble in the university, Friday’s demonstration by the Science Teachers’ Association has set a significant trend, observers of the university situation said.

The Medical Dean Prof Balakumaran and academics of the faculty Dr. S. Raviraj and Dr. T. Mukunthan, who handed over ‘wanted’ medical faculty students to SL Military Intelligence, face the brunt of criticism in the university circles.

The Science Teachers’ Association in its letter on Friday said: “The practice of the University authorities ‘handing over’ students gives rise to some questions and we are not sure of the legal situation.”

However, the science academics also implied that the prevailing situation is such that parents of the students wish the university to get involved, for the sake of the safety of the ‘wanted’ students.

Even lawyers are afraid to get involved in representing university students and advise them to go through the university, the science academics said.

“What does concern us however is that, while complying with police requests to hand over students the University authorities fail to question the police as to the reasons and to seek speedy resolution,” the science academics clarified their position on the protest against the university administration.

The appeal of the Science Teachers’ Association was testifying to the legality and innocence of the Jaffna University students.

[..] “Dragging innocent students through police stations and police cells, as happened in the 1970s and 1980s, is frightening at the start and then hardens them and breeds contempt for the law and for the officers entrusted to uphold it. Where there should be trust and co-operation there is fear, resentment, and then defiance. Surely, we do not want the consequences of that again,” the academics said in their appeal. 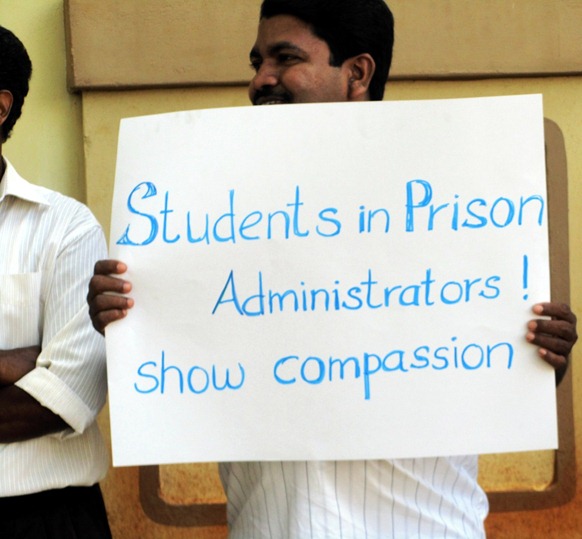 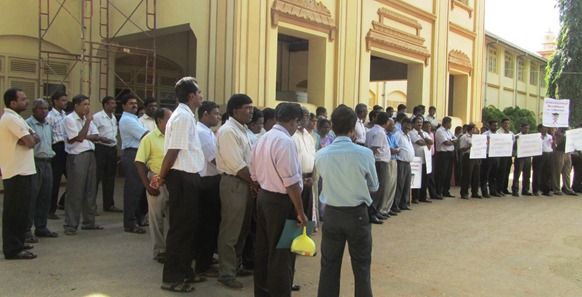