The World Tamilar Protection Conference (WTPC) in its second session conducted in Kuala Lumpur in Malaysia on Friday, declared that it recognises the need to understand the question of Eezham Tamils in terms of their claim for Historical Sovereignty, Earned Sovereignty and Remedial Sovereignty in their territory. The declaration said that the nation of Eezham Tamils having sovereignty and the right to self-determination in their traditional homeland in the island of Sri Lanka had been subjected to genocide over 60 years by the Sinhala nation. Convened jointly by the President of Puthiya Thamizhakam Party in Tamil Nadu Dr K. Krishnasamy and the Deputy Chief Minister of Penang State in Malaysia Prof P Ramasamy, the conference was addressed by Malaysia’s Leader of the Opposition Mr Anwar Ibrahim. 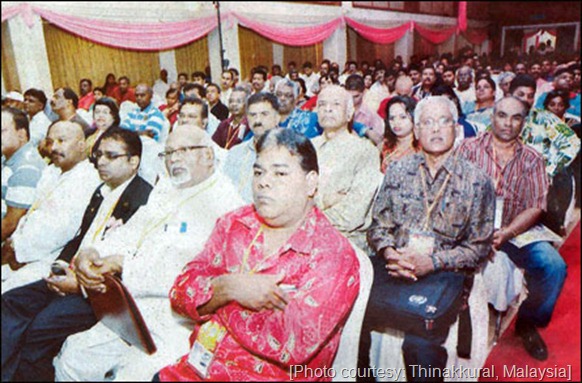 The massacre of tens of thousands of Eezham Tamils, rapes and other abuses were not an internal affair; it is a human rights matter of international concern, but the International Community failed in its duties, Anwar Ibrahim said.

The culprits of the genocide need to be brought to justice through an independent international investigation, he said.

Assuring positive commitment of his party in countering the genocide of Eezham Tamils, Anwar said that it is not an election stunt, reported Semparuthi a Malaysian Tamil grassroot media.

There should be efforts to disseminate information on the human rights plight of Eezham Tamils to the Malay people in the country, Anwar further said.

More than 60 delegates across the world have come for the conference, which was participated and supported by over 2000 activists coming mainly from the grassroot Tamil organisations in Malaysia.

Five TNA parliamentarians, representatives of the TGTE as well as TGTE (Democrats), representatives of BTF, GTF and World Tamil Federation were among the participants, besides local Tamil politicians from the centre and states of Malaysia. Thirumurugan Gandhi of the May 17 Movement from Tamil Nadu was one of the participants. Sections that were advocating for the change of Ceylonese / Jaffanese identity in Malaysia into ‘Sri Lankan’ identity were not seen at the conference.

The conference urged withdrawal of all occupying SL military and other forces from the land of Eezham Tamils and also urged the handing back of territory to them.

Calling for stern action on Sri Lanka that has not taken even minimum action on the UN resolution last year, and urging the world countries to evoke the principles of R2P to protect Eezham Tamils in their land, the conference declared in favour of conducting a referendum among Eezham Tamils in the North and East of the island and in the diaspora, in reference to their right to self-determination.

Condemning Sri Lanka government’s oppressive acts on Jaffna University students, the conference urged the release of all students under detention.

Today, the Central Government in India that earlier supported the Palestinian cause and took a progressive stand against apartheid in South Africa, is isolated from 100 million Tamils, because of its complicity in Sri Lanka’s acts aiming at annihilation of Eezham Tamils. At least in the next UNHRC session in March the Indian government should call for independent investigation against Sri Lanka, the Malaysian conference declared.

While appreciating the neutral stand taken by Malaysia at the UNHRC session last year, the conference declaration urged the Malaysian government to proactively support an independent UN investigation against Sri Lanka in the forthcoming session in March.

The conference decided to form a high-level committee under Dr. Krishnasamy to take up the case of Eezham Tamils with world peoples and governments. The conference also decided to establish a permanent centre in Tamil Nadu for the coordination and protection of global Tamils.

The conference urged the Indian Central Government to re-demarcate the boundaries of Tamil Nadu to resolve the chronic issue related to the river waters of Kaaviri, Paalaa’ru and Mullaip-periyaa’ru.

Identifying caste and communal issues as stumbling blocks for the mobilisation of Tamils and polarisation of Tamil identity based on language, the conference declaration called upon Tamils to denounce polity and politicians of caste opportunism.

Tamils, in identifying themselves in places such as schools, should enter the term Tamil in filling columns such as caste, ethnicity and religion, the conference declaration further said.

Caste wars are unleashed in an alarming way in Tamil Nadu in recent times, making political observers in Tamil Nadu to suspect larger forces of engineering at work.

Writing in December, a Harvard researcher and a US Naval War College professor were of the opinion that Tamils living in India, motivated by continuing animosities over Sri Lankan Tamil rights, are complicating New Delhi’s policies towards Colombo.

The US writers were concerned that this would prevent India from competing with China in wooing Sri Lanka.

“Hence the domestic political complications imposed on New Delhi by the Tamil Nadu political faction is heightening the likelihood that Chinese warships will be visiting or based in southern Sri Lanka in the near future, “ the US writers were aiming at influencing opinion in India in favour of what is actually the US interest.

In the ruling echelons of the Indian Establishment, it is very difficult to say where India ends and where the USA begins, and some Indian intelligence circles share the opinion of the US writers, informed sources say. If so, engineering Tamil Nadu in whatever way possible will be their utmost priority.

Tamil polity, looking upon New Delhi and Washington like a dog looking at the face of its master even after ill treatment is not going to work, commented a political observer who went for the Malaysia conference.

A particular shade of Tamil activists from Tamil Nadu and diaspora were seen in large numbers at the Malaysian conference, observers said.

The local Malaysian grassroot activists who participated the conference with enthusiasm and supported it in many ways were found with full of genuine feeling for the cause. It is the same in the grassroot of Tamil Nadu and elsewhere. Such a mass preparedness has to be carefully guarded against hijack is the concern expressed by some who were silently observing the conference. 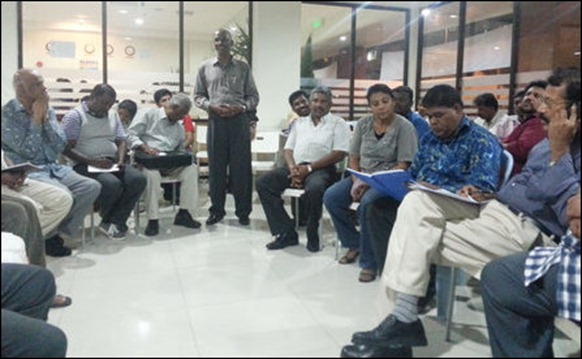 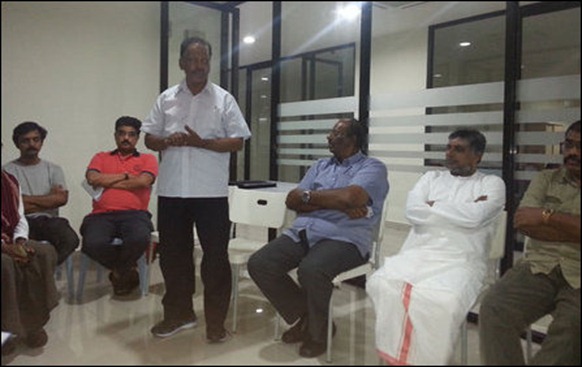