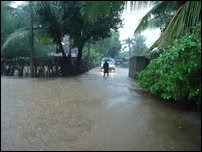 Thousands of acres of paddy crops awaiting harvest at any time have been submerged in flood water in the two districts.

The transport to the Vaakarai has been completely cut off due to the collapse of the Panichchangkea’ni Bridge that leads to Koa’ralaip-pattu North. 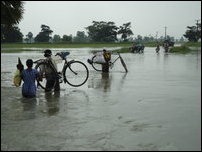 Reports further said that Chiththaa’ndi, Mu’rakkoddaangn-chenai and Maavadi-vempu villages in the Ea’raavoor-Chengkaladi DS division have been submerged in flood water.

Thousands of people have been displaced seeking refuge in houses belonging to their relatives and friends.

A vehicle was washed away by flood water while on its way to Anuradhapura at Black Bridge along Ma’ndoor-Vellaave’li Road Friday around 5:00 a.m.

Twenty four persons travelling in the vehicles were rescued and the vehicle was also recovered later.

More rain is expected in the coming days, according to disaster management officials in the East. 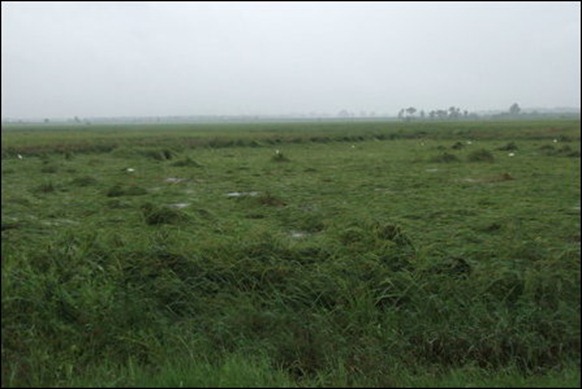 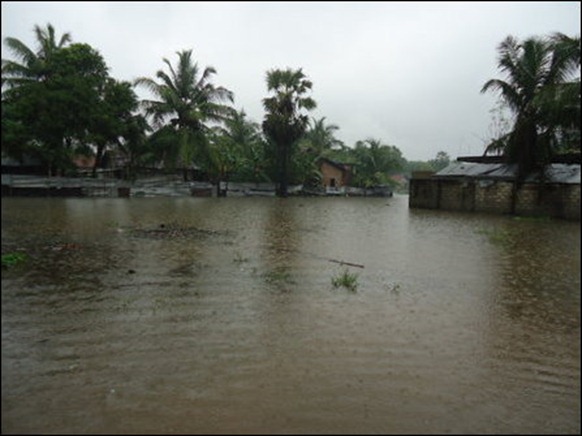 A village submerged in flood waters in Batticaloa