The visit of the US Defence and State Department officials to Jaffna on Sunday was marked by denial of issues by the occupying Sinhala military, denials countered by the Bishop and civil society of Jaffna, and comments by the visiting team – all just a bickering on counting trees but deliberate refusal to see the wood, because the ambit has been set by the US-tabled 2012 Geneva resolution that has to now facilitate the 2013 resolution under preparation, political analysts in Jaffna told TamilNet. A stage has been set, knowing how the characters would act and what dialogues they would come out with, so that the play could proceed endlessly to the benefit of the director. Unless Tamils insist on a stage to talk nothing but the fundamentals for any future association with the director, they will be ‘played out’ the analysts further said. 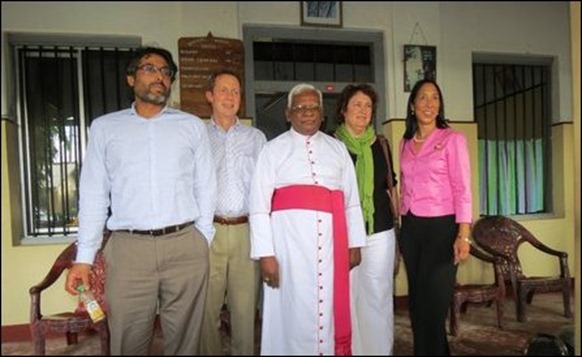 Normalcy has not come in the North, SL military repression has escalated, said the visiting team, according to news sources.

There is no one ‘missing,’ the SL military says. But we steadily receive complaints on missing people. Still we get such complaints. SL government should have taken efforts to see that such complaints don’t come. It has the responsibility of avoiding such complaints coming, the team commented, news sources said

War has not ended in the island. The repression of SL military has escalated in the last few months. The SL government says that it has ended a three-decades-old war. But even after three years of the war the conflict among the ethnicities in the North and East continues, the team commented further.

The Bishop of Jaffna revealed the views and comments of the visiting team to media, news sources said.

The team arriving at Palaali first met the SL military commander in Jaffna, Maj. Gen. Mahinda Hathurusinghe, who elucidated on the services undertaken by the SL military to the people of Jaffna.

The SL military doesn’t interfere in the civil administration in anyway, the occupying Sinhala commander told the visiting US team.

Later, the US team went to see the Catholic Bishop of Jaffna, who totally rejected the claims of the SL military.

Some development took place in Jaffna, but it is not people-orientated, the Bishop said.

Resettlement has not been completed. People are unable to go back to their own places. In resettled areas housing facilities have not been provided and livelihood has not been assured, the Bishop told the US team.

The issue of missing people has not been resolved. The families of the ‘missing’ people are not provided with answers or remedies to their woes. But new instances of people go ‘missing’ come up, the Bishop said.

On the detention of the Jaffna University students, the Bishop said that the arrests were arbitrary and unwarranted.

The recent escalation of SL military repression brings back the milieu of war times, the Bishop further said.

The visiting US team later met the civil society representatives and others at the American Corner in Jaffna.

The team of civil society representatives included representatives from the Jaffna University community, who provided a first-hand account on the university episode, news sources in Jaffna said.

Meanwhile, the US team has also met a group of ex-LTTE cadres at the IOM office in Jaffna. The former fighters, who are now ‘declared’ as released, have detailed the visiting team about the continued violence and repression unleashed against them, refusal of permission for them to get back to normal life, refusal of aid and about their orphaned situation, informed circles said.

What the visiting US team had commented in Jaffna and relayed through the Bishop of Jaffna to media, has created anxiety in Colombo over the trend of the moves that might take place at Geneva in March; opinion sources in Colombo present a picture.

The eight-member US team that visited Jaffna included three US Deputy Assistant Secretaries, Mr. Vikram Singh from the Defence and Mr. James Moore and Ms Jane Zimmerman from the State Department.

Whatever the US team now counts in Jaffna are results of the knowingly defective resolution passed in Geneva in 2012 that didn’t recognize the urgency and need to protect the nation and territory of Eezham Tamils facing genocide, but on the contrary green-signalled the genocidal state, political activists in Jaffna said. 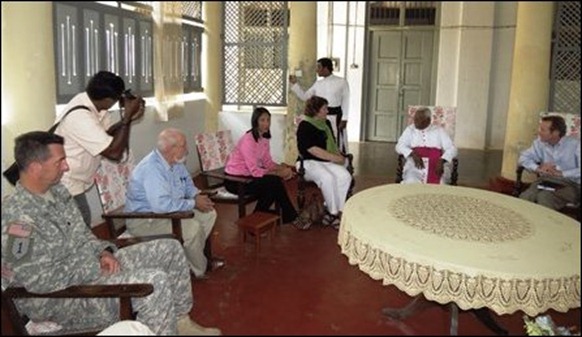