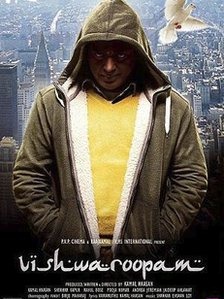 India’s Tamil Nadu state has been ordered by a court to lift a ban on the screening of a film which has been denounced by Muslim groups.

But the court agreed with lawyers for the big-budget film’s main star, Kamal Haasan, that the state government’s move was unconstitutional.

Lawyers representing the state had argued that the suspension was needed to protect communal harmony.

They say that they will appeal against Tuesday’s court’s ruling.

Haasan – who starred in, directed and produced the film – described the government’s intervention as "cultural terrorism".

He said that Vishwaroopam was "one of the most Muslim-friendly films in recent times", and that the suspension was a violation of free speech.

The Bollywood star was supported by the Central Board for Film Certification (CBFC), which described the measure as "absolutely unacceptable".

The judge hearing the case reviewed the film over the weekend before making his ruling.

The film has been made in the Tamil, Telugu and Hindi languages.

The suspension last week came hours after an alliance of about 20 Muslim groups objected to the film despite Haasan putting on a special screening for them, reports said.