Dr. Namasivayam Sathiyamoorthy (N.S. Moorthy), a veteran Eezham Tamil activist who was instrumental in the organization of the humanitarian agencies TRO and Ve’n Pu’raa (White Pigeon), passed away at the age of 61 at London, UK. Dr. Sathiyamoorthy was involved in the national liberation struggle of the Eezham Tamils in the homeland from its early stages and was also a popularly recognized activist in democratic politics among the Tamil diaspora in the UK. Dr. Moorthy, as he was fondly called, was known for his dedication to the Tamils’ cause through his activism, his professional work and for his amicable nature, is mourned by a large number of Eezham Tamils across the world who personally knew his contributions. In UK, he was given the privilege of becoming a Freeman of the City of London in 1993, in recognition of his contribution in the field of medicine. 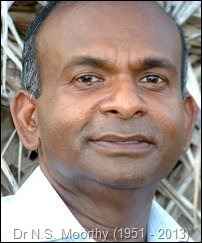 Dr. Moorthy passed away on Wednesday at 8:15 p.m. at Croydon University Hospital, London. He had suffered a heart attack and had spent 10 days in coma, sources said.

He is survived by a wife and a son and a daughter.

Born on 3 September 1951 at Trincomalee, he had joined the Thamizh Maa’navar Pearavai under P. Sathiyaseelan in 1972.

Joining the LTTE in 1984 while being a medical student, he was arrested a year later in 1985. He was detained in the notorious Welikada prison for three months where he reportedly suffered torture during interrogations.

On his release, he left for Tamil Nadu, from where he was a founder-member of the Tamil Rehabilitation Organization (TRO). From then on, he had attended to fighters in camps across Tamil Nadu.

When the political climate changed and repression intensified during the IPKF period, he left Tamil Nadu for London in 1989.

From London, he helped to organize the TRO in the UK and in Europe. 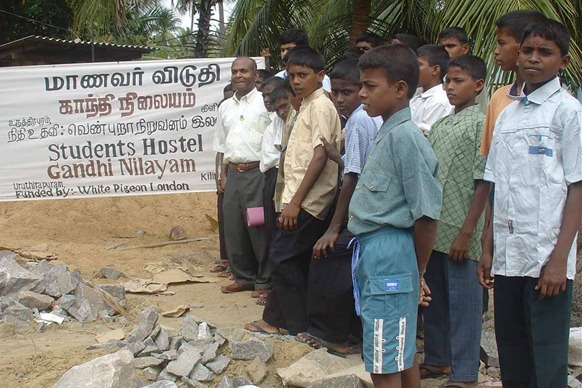 Apart from Tamil political activities, he was also widely recognized in his professional field of medicine. He was the secretary of the Ayurvedic society of the UK, and he received the “Freeman of London award” in 1993 for his services in acupuncture.

When the TRO ran into political difficulties in the UK, he initiated the Ve’n Pu’raa or the White Pigeon project in the UK, as founder and chairman. The White Pigeon was functioning in the homeland as a medical service for the disabled.

The White Pigeon was established as a charity in the UK after the December 2004 Tsunami and it functioned till 2011.

Dr. Moorthy was also very active in the post-2009 democratic political process in the UK Tamil diaspora and was a widely recognized and preferred candidate by the Tamil people in the UK. 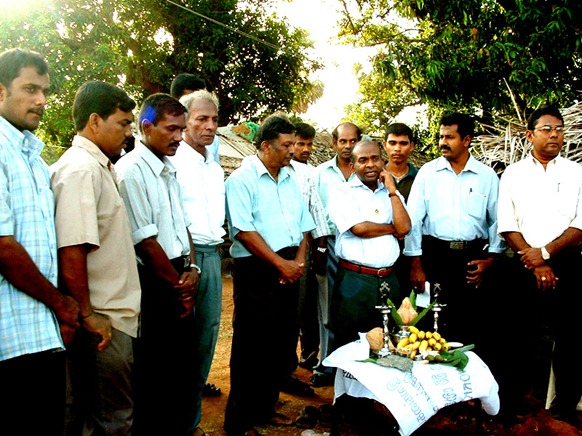 Speaking to TamilNet, P. Sathiyaseelan, founder of Thamizh Maa’navar Pearavai, administrator of White Pigeon, and an associate of Dr. Moorthy for more than 40 years, remarked about the character and politics of his demised friend.

“He was easy going with everyone and was extremely patient in dealing with people. He sought to build the character of Tamils as individuals and a community. A good speaker, he was involved in promoting in several cultural events to inculcate knowledge about Tamil culture and history to youth,” he said.

Mr. Sathiyaseelan, who had met Dr. Moorthy a few days before he had suffered his heart attack, further said: “Till the very last moment, through his words, his acts and his thoughts, he was committed to the goal of independent Tamil Eelam.” 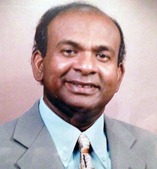 Speaking to TamilNet from New Zealand, N. Malathy, a key member of NESoHR and the author of ‘A Fleeting Moment in my Country’, said “Sathiyamoorthy, better known in the Vanni circles of pre-2009 era as Moorthy doctor was synonym with Venpura – London. I met Moorthy doctor, a gentle friendly person, in Vanni during the early ceasefire period. Later, when I wrote a report on the services of the Venpura prosthetic services I learnt more about Moorthy doctor’s contribution to this service.”

“In my view Vanni represented many unique societal attributes. One was the high degree integration of the disabled into mainstream society to a level unseen anywhere in the world. I salute Moorthy doctor’s contribution to this through the Venpura prosthetic service. The Venpura service and Moorthy doctor’s contribution will be engraved in the unforgettable pre-2009 Vanni history.”