Declare genocide, announce international investigations on Sri Lanka, bring forth interim administration and conduct UN referendum to do justice to the question of Eezham Tamils, demanded thousands of protestors, who gathered at Marina Beach in Chennai in Tamil Nadu on Sunday. Meanwhile, students of the Indian Institute of Technology in Chennai (IIT), an internationally renowned all-India institute, came out in solidarity with the student upsurge, by observing a day-long fast. Despite the attempt of Tamil Nadu state to deter the upsurge by closing a section of government colleges, the student movement gained momentum during the weekend. In the struggle demanding justice, the students’ movement prepares biers to take the US resolution to ‘cremation’ on Monday, news sources in Tamil Nadu said.

As only two days left to bring in any amendment to the empty resolution at the UNHRC, the students demanded India to acknowledge the Eezham Tamils’ plight in the island of Sri Lanka as genocide and to call for a UN referendum at Geneva.

If the USA, UK and France could negotiate with China and Russia in unanimously passing a resolution at the UN Security Council against North Korean nuclear tests, why couldn’t they do justice to Eezham Tamils who had lost more people in a genocidal war than what a nuclear bomb could cause, asked the student circles, addressing at those who argue in favour of the ‘helplessness’ of the USA opposed by China and Russia. 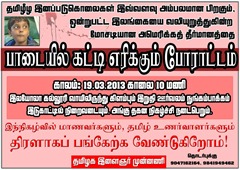 The USA, which was responsible for mobilizing 30 – 40 countries and inducting India into the genocidal war it architected against Eezham Tamils in the name of War Against Terrorism, is fully responsible to deliver justice now, they said.

Unless the global people’s power is addressed to the most leading power in the world to course correct it, the other Establishments in the world, including India, could never be corrected, the Tamil Nadu student circles further said, citing those who take sides in passing the baby between New Delhi and Washington. 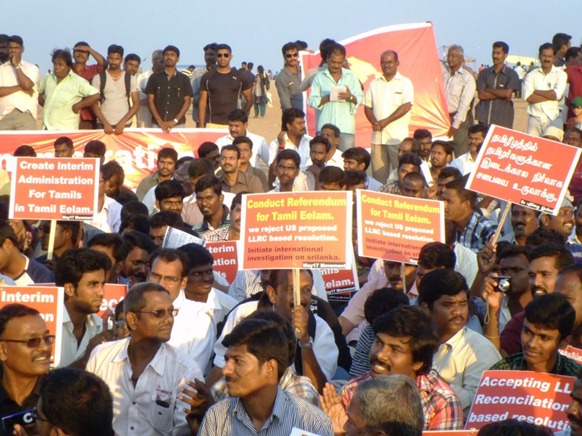 The student leaders on Sunday said they would besiege the residence of the Governor, representing the Government of India in Tamil Nadu. They also added that they would start besieging the residences and offices of the 40 MPs from Tamil Nadu and Puducherry after 22 March, demanding their resignation, if there is no change in the attitude of New Delhi.

On Sunday, Tamil activists, students and IT professionals across the states of Karnataka, Andra Pradesh and Maharastra also observed fasting campaigns and protests, displaying banners in other languages with the participation of their colleagues.

The IT student activists in Bengaluru said only an independent Tamil Eelam could save the Tamils in the island of Sri Lanka.

A student leader, Ms Divya, representing the coordinating body of the students told media that the student movement was calling for 10 million-strong student community in Tamil Nadu to attend a State wide protest on 20 March.

The upsurge, started by the students, especially by the students of the Loyola College, is gradually evolving into a mass upsurge as organisations from all walks of life, from the cini field to the largest vegetable market of Asia in Koyembedu in Chennai joining the protest on 19 March. 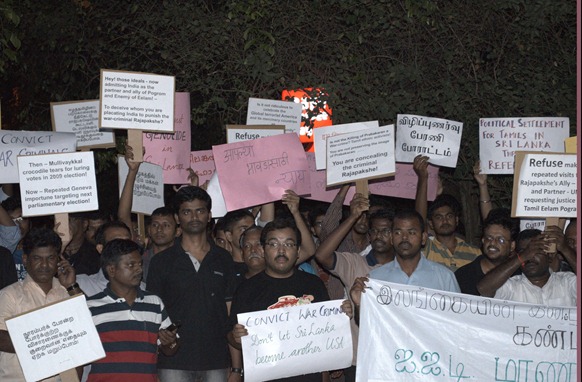 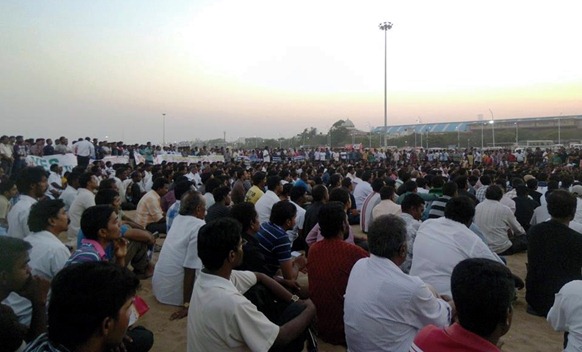 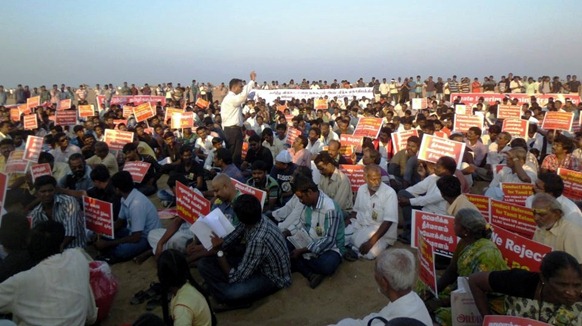 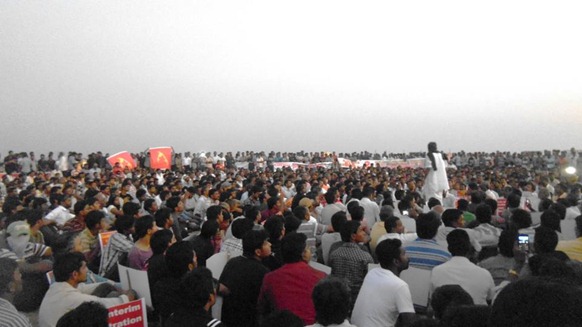 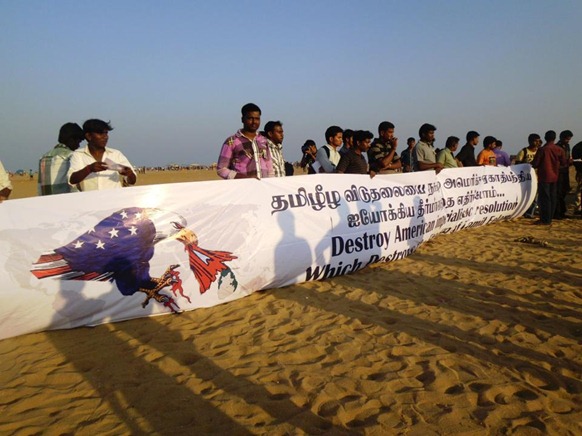