No country in the West should have any problem with providing political asylum to the fleeing Tamil Journalist Ms Lokini Rathimohan, currently held at detention in the United Arab Emirates (UAE), rights activists in the island concerned with the protection of journalists fleeing genocidal Sri Lanka told TamilNet. As the journalist’s name and photos have been published in the international media now and as there have been write-ups in the hostile press in Colombo suggesting to the SL government to get her deported to Colombo to ‘disprove’ the killing of Isaippiriya, a colleague of Lokini at the National Television of Tamileelam (NTT), the need to assure Lokini’s security has become much more important than ever before, the activists further said. In the meantime, a former administrative official at the NTT confirmed that Ms Lokini was not an LTTE member, but was an employed journalist. 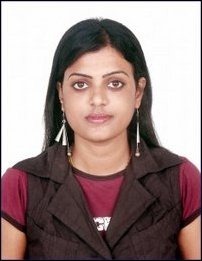 Despite the UN refugee agency the UNHCR recognising the refugee status, the group of Eezham Tamils face prolonged detention and threat of deportation in the United Arab Emirates (UAE), which is a pro-USA confederation in the Arab World.

Commenting on the situation, and comparing it with the attitude of some the diplomatic missions of the West in Colombo, the activists in the island involved in protecting the fleeing journalists told TamilNet Saturday that there were particular instances in which some Western diplomatic missions in Colombo acted in the most inhuman way in rejecting visa to some of the most-needing victims.

This happens because they want to avoid the victims’ evidences independently reaching the world public, leading to the indictment of the genocidal regime in Colombo and to the embarrassment of the Establishments in complicity, at a time when they try to save the regime in international forums such as the UNHRC, the activists in the island said.

The Establishments that were in complicity with Sri Lanka in the genocidal war against Eezham Tamils, and that are continuing in abetting the structural genocide, now play a double game by posing themselves as saviours of human rights, but systematically prodding the victimised Tamils towards the genocidal State, the activists told TamilNet, urging the Tamil diaspora lobbyists, who claim to have bargaining leverage with their host countries, to take up the issue locally with the Establishments of their countries.

In the meantime, the Tamil Action Front, New Zealand, (TAFNZ), in a letter to New Zealand’s Minister of Immigration, Mr Nathan Guy, has requested him to consider grating asylum to the 19 Eezham Tamils facing deportation from the United Arab Emirates (UAE) into Sri Lanka where their lives are endangered. The group of Tamils are accredited by the UNHCR as refugees and some among them are most vulnerable, the letter signed by TAFNZ Coordinator, Mr A Theva Rajan said, citing the case of Ms. Lokini and nine others.

The 30-year-old Lokini Rathimohan, a journalist, has worked with the National Television of Tamil Eelam (NTT), a satellite TV station that was run by the de facto state.

Ms Lokini, who served as a media worker for several years, was an anchor in NTT in the last year of its operation, replacing Isaipriya, who was an LTTE member, a journalist as well as an artist in the movement.

It is also significant to note that ITN, a Sri Lankan TV media organization, that staunchly stands by the policies of the genocide-accused Rajapaksa regime, in a broadcast on 4 April, said that if deported to Sri Lanka, Lokini must be “compelled” to “reveal the truth” about Isaipriya’s death.

It was against such a backdrop, Reporters Without Borders (RSF), Journalists for Democracy in Sri Lanka (JDS), Human Rights Watch (HRW) and several other journalists have called on the offices of UNHCR to prevent the deportation of the refugees to Sri Lanka.

In a joint release on Friday, the RSF and JDS urged the office of the UNHCR “to do everything possible to prevent this expulsion, which would constitute a total violation of international law and the right protection that the UN Refugee Agency granted to Lokini.”

"UNHCR is looking for a solution to resettle the 19 refugees in other countries. We have full cooperation from the UAE government and there is no threat of the refugees being sent back to Sri Lanka," Times of India quoted Babar Baloch, spokesperson for UNHCR in Geneva, in a report on Friday.

"We have been working sincerely to settle them in other countries. Fifteen of the 39 recognized refugees left UAE and 12 are in the process of departing. Resettlement for others may take time. The UAE government has been supporting UNHCR in sheltering the refugees," he had further said, adding that he wasn’t sure on how long the UAE government would keep them.