Opposition United National Party (UNP Leader Ranil Wickremesinghe is expected to table a document comprising the names of 472 people who are known to have disappeared in Mannar during the war.

The document will be tabled in Parliament at the request made by Mannar Bishop the Rt. Rev. Dr. Rayappu Joseph and the Association of Families Searching for Disappeared Relations.

The request was made when Mr. Wickremesinghe met the Mannar Bishop and the members of this Association yesterday.

“I will definitely take this up in Parliament but I am not too sure whether the government is prepared to do anything about it,” he said responding positively to the request made by the Bishop.

The Association President M. Udayachadran said they only wanted a closure to this matter by knowing whether their loved ones were dead or alive.

“If we definitely know that our loved ones are dead we can engage in religious observances,” she said’

Ms. Udayachandran said there were a large number of young girls whose husbands are missing and they would be able remarry if it was confirmed that their spouses were dead.

The Mannar Bishop in his one to one meeting with Mr. Wickremesinghe had stressed the need for a proper system of resettlement and urged that those displaced be resettled in their original places of residence. Earlier Rev. Fr. E. Sabamalan who spoke on behalf of the clergy said there was racism when it came to resettlement and pointed out that there was little consideration given to Tamils specially by the politicians in the area.

“In fact all political leaders are racially minded today,” he said. 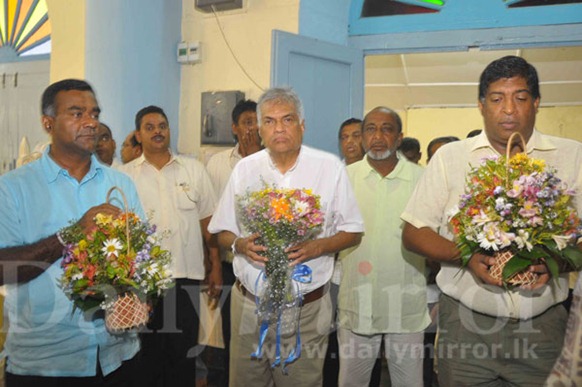 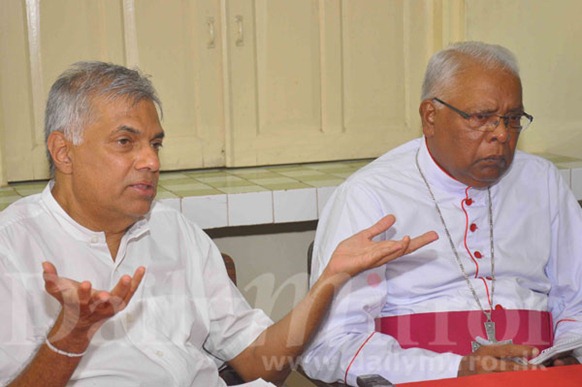