Do not call us anymore to meet foreign delegates coming as Colombo’s guests, New Delhi’s Consul General in Jaffna Mr Mahalingam was told by leading civil society activists, who were angered by the threatening presence of SL military intelligence at a meeting arranged by him at his residence, between the visiting BJP-led delegation and civil society on Wednesday evening. Tamil national parties and many in the civil society avoided attending the meeting. Invitations to them and involvement of the consulate came in the last minute after criticism. Even amidst the intimidating eyes of the civil-clad Sinhala military and a foreign ministry official of Colombo, when the civil representatives managed briefing on the on-going structural genocide, a member of the BJP-RSS-Shiv Sena delegation defending genocidal Sri Lanka retorted that Sinhalese, Tamils and Muslims live together in Colombo.

Meanwhile, media efforts are made to project the BJP visit as one that was witnessing Tamil support for the 13-Amendment-based-solution under a unitary constitution, informed sources said.

Earlier on Wednesday the BJP-led delegation received a formal welcome by SL minister and EPDP leader Douglas Devananda, at Tilko Jaffna City Hotel where a so-called civil society simulated by the occupying SL military was present together with the EPDP paramilitary leader. 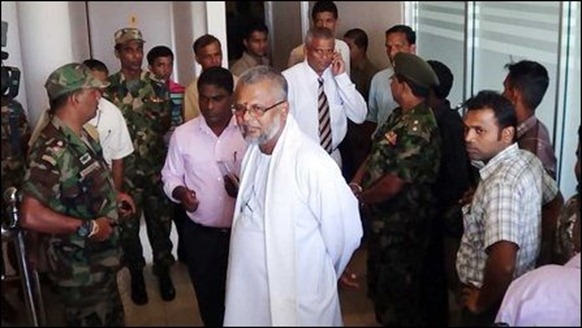 Although Mr Devananda showcased to media as if he was organizing the meeting, in reality, the event had been organized by the occupying SL military’s civil coordination office in Jaffna. Journalists were not allowed to witness the meeting that took place inside the Tilko hotel. After the journalists started to protest, they were only allowed to take photos for 2 minutes.

Since media operating on the ground had exposed on the previous day that the visiting BJP, RSS and Shiv Sena members were scheduled to meet a counter ‘civil society’ in Jaffna on Wednesday, invitations were extended at the last minute to the functioning civil society members for a meeting at the residence of the Indian Consul General V. Mahalingam. Invitations were also given to representatives of Tamil political parties for the meeting at the residence of Mr Mahalingam.

Sensing the nature of the hastily scheduled event, many of the invitees boycotted the meeting to avoid giving a chance for Mahinda Rajapaksa’s visitors to whitewash their trip.

There were only three from the genuine civil society movement, including an emeritus professor and a former civil servant, who attended the meeting to address the Indian delegation.

The few who attended were shocked to see the presence of the Sri Lankan intelligence officers and the accompanying Sinhala official from the South, at such a ‘residential’ meeting arranged by Mr Mahalingam.

The attendees had to limit the criticism due to the presence of the SL military personnel. They only managed to broadly touch on the structural genocide, taking place in the country of Eezham Tamils, in the forms of land grab, Sinhala colonization etc. But, they were taken aback by the response from a member of the visiting BJP-RSS-Shiv Sena delegation, who defended genocidal Sri Lanka saying that Sinhalese, Tamils and Muslims are living together in Colombo.

The situation was not conducive to express the real situation to the visiting Indian delegation, those who attended the event categorically told the Indian Consular General at the end of the event.

Talking to media, those who attended the evening event told journalists in Jaffna that there was no point in meeting SL State-invited and guided guests anymore and added that the brief meeting only demonstrated to them that the visitors had no knowledge of the real conflict. 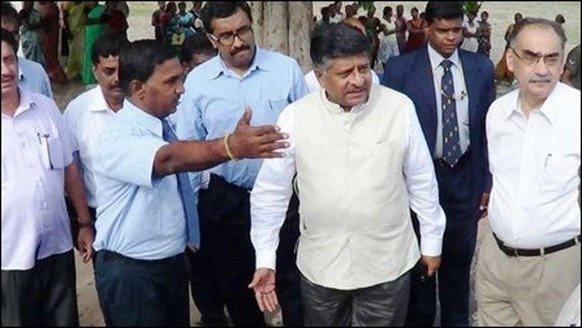 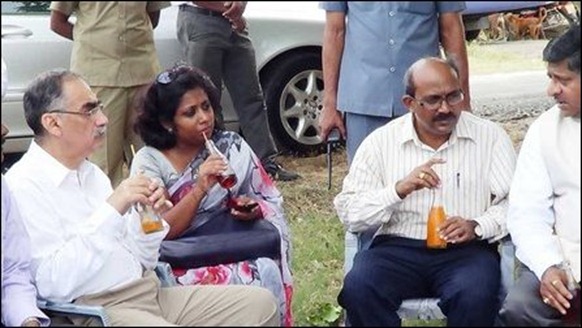 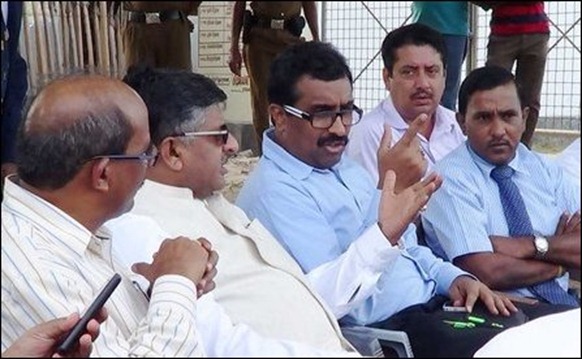