“Was I a Stranger in My Homeland? Has One Two Lives?” is the title of a book by a young Norwegian Eezham Tamil girl, Malavi Sivakanesan. The book tells the story of how she, as an 8-year-old girl visiting Vanni, enjoyed playing in the sands of her homeland to how she, 6 years later at the age of 14, powerlessly witnessed from Norway the unfolding genocidal onslaught on the coastal strip of the same Vanni in 2009. With a lot of questions on why the global Establishments didn’t do anything to stop the genocidal onslaught despite hundreds of thousands of Tamils, including the children of her age, took to the streets staging demonstrations in an unprecedented way in the West, to why the Tamil youth are still struggling with questions on what is going on and what they should do, she publishes the book at the age of 17.

In an interview to TamilNet this weekend, she said that Norway, which had an important role in the conflict, has not done enough for the Tamils to get justice. The Norwegian politicians should listen more to the Tamils and understand what the Tamils are going through and look at it objectively. 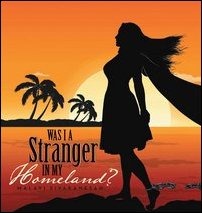 In the course of writing the book, she had met former Norwegian State Secretary Vidar Helgesen and the former Special Envoy and later Development Minister of Norway, the failed Norwegian peace broker Erik Solheim.

She appreciated her interaction with Mr Vidar Helgesan, who according to Malavi, understood what she had to say. But, Mr Erik Solheim, who was preoccupied with finding faults with the Tamil Tigers and described the LTTE leader Mr Pirapaharan as a ‘complicated person’ didn’t strike well with her that she didn’t find it appropriate to include that conversation in her book.

On the diaspora youth of her age, she said the youth abroad, despite their emotional attachment, have a limited amount of knowledge when it comes to the conflict in their homeland. The youth need more workshops where they can discuss, debate and learn more about the conflict in order to shape their role in providing leadership in the diaspora, she said.

Malavi, describing her two visits to Tamil Eelam in 2003 and 2004 with her family, goes in detail in her book describing her experience witnessing his family’s meeting with the LTTE leader Velupillai Pirapaharan, who was visiting the dental clinic and the training programme conducted by her father on behalf of the charity, the Norwegian Tamils Health Organisation (NTHO) during the times of the peace process.

The book that records a diaspora child experiencing her homeland under Tamil rule and how she experienced her interactions with the Tiger akkaas (sisters) and a’n’naas (brothers) and the maamaas (uncles), also narrates the story of her friends; a Tamil boy, who had gone to Vanni from Norway, joined the Tigers and survived the genocidal onslaught on Vanni and the love story of one of her friends in London, a story that also touches on the cultural divide of East and West.

The book, published through Xlibris, a US-based self-publishing company, is to be released on 19 October in London.

A passage from her book follows:

“One evening, just before it got dark, an old skinny man waddled through the gate with a wagon full of nongus. He wore a loincloth which was fastened around his waist, pleated neatly and draped between his legs. He was quite dark, and his upper body was bare. Though the wagon looked heavy, he did not seem to have a hard time manoeuvring, probably because he was used to it.

“Before I go further, let me tell you what a nongu looks like. It is a fruit with a hard shell and three eyelets on top and is full of white jelly-like pulp in the centre. Even though it is not exactly my favourite fruit, I must admit that it is extremely tasty. The man then skillfully cut the top off the fruits one by one with his sickle-like cutter. I could see that he was adept at the task, and it was extremely exciting watching him work. He distributed the fruit to everyone around. I was slightly confused about the right way of eating the nongu and waited for someone to explain the next step. Immediately, a Tamil Tiger behind offered to help and kindly showed me the art of eating them. At first I made a mess, but as soon as I finished, I asked for another, then another, and so on. I ate to my heart’s content. I had six nongus in a single sitting which is rather unusual for a little girl. In Norway, at the most, I often get to eat overripe apples and pears. Canned tropical fruits and vegetables sold in exotic food shops in Norway can hardly compare to the vendors who come peddling the fresh variety, door to door in Tamil Eelam.”