After British colonialism waging the war on Kandy in 1815, administratively uniting the island and creating unitary Ceylon for colonial geopolitical purposes, the next major war of international dimensions was fought against the nation of Eezham Tamils in 2009, in which the genocide was predetermined. While Washington and New Delhi follow the British colonial outlook of keeping the island as one unit, whatever the human cost could be, today’s Britain itself is one of the driving forces behind the ‘strategic partnership.’ Those who doubt the West’s equal culpability with New Delhi should recollect the ‘strategic partnership’ call made in Chennai by US State Department during the war and what the UK is doing today on CHOGM, writes a political observer in Jaffna. 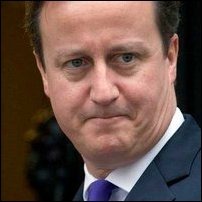 Like the colonial English lured the Colombo-fascinated Tamil elite of the 19th and early 20th centuries, today the strategy of the genocidal partners is to lure the Tamil elite of Colombo-centric and diaspora-centric interests to ‘patch up’ with the Sinhala elite and to diffuse the whole issue, without any fundamental returns to the nation of Eezham Tamils.

The British Prime Minister David Cameron emerges as the paradigm-setter of the latest game, by the role he is playing on the CHOGM.

Cameron thinks that he or a British Prime Minister is so great that his mere physical visit to Jaffna could compensate the genocide, compensate the crime of attending the CHOGM in Colombo and compensate the hollowness of the provincial council with which they all now hoodwink Tamils.

It is an insult if David Cameron or any of his ‘agents’ try to sell his visit to Tamils in those lines.

His proposed visit to Jaffna, on the sidelines of his Colombo-saving CHOGM participation, is now highlighted as the first visit of any foreign head of government ever since Ceylon got independence from Britain in 1948.

Meanwhile, UK Establishment’s Foreign Secretary William Hague defended UK’s participation at the CHOGM in the following words: “I strongly believe that a boycott would be wrong. Attending the Commonwealth summit is the right thing to do. We do no good for the situation in Sri Lanka by sitting on the sidelines. During the final stages of the civil war, the international community was criticised for doing just that. By visiting, we can see the situation on the ground first-hand, meet people on all sides of the conflict, and raise our concerns frankly and directly with the government.”

The game that is hatching up now is to convince a section of the Tamil elite to agree upon working in non-descript terms and to use this section to silence the Tamil masses in the island, in Tamil Nadu and in the diaspora, informed sources said.

Last week, an octogenarian former civil servant of Colombo, Neville Jayaweera, who had served in Jaffna as Colombo’s Government Agent in the early 1960s, revealed the policy outlook in the heart of the Sinhala elite of his genre.

Srimao Bandaranayake in the early 1960s agreed to suspend the implementation of the Sinhala Only Act in Jaffna, “provided I did not make a fanfare about it, and provided I did not ask for any confirmation in writing,” the former Colombo Government Agent said.

He was serving in Jaffna when Colombo has started choking the peninsula by setting up the first Sinhala military camps around it.

The former Colombo civil servant was implying that Rajapaksa should be diplomatic like Mrs B.

It is exactly the same ‘non-descript’ hoodwink the international genocide partners of Colombo now try to sell to Tamils.

“The TNA must be realistic. Emerging from a background of 30 years of attempted separatism, the Sinhala people are still deeply suspicious and are not likely to acquiesce in a full blown autonomy for the Tamil people even within a sovereign Sri Lanka. Therefore agitation will only further aggravate that suspicion. Rather, I think that the TNA should first get on with setting up a viable Provincial Council and showcase it as a model of efficiency and development for the whole of Sri Lanka, and I am sure the Chief Minister Wigneswaran can do that,” the Sinhala elite was harping on the Tamil elite for the continuity of the deception started by the British.