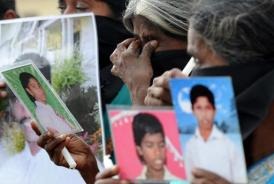 Sri Lanka’s military Monday announced a ban on commemorations of the island’s defeated Tamil Tiger rebels following reports that sections of the ethnic Tamil minority were planning to hold events.

The military said any event was banned because the Liberation Tigers of Tamil Eelam (LTTE) was still a proscribed organisation, four years after the army defeated the group to end a decades-long separatist war.

Small and low-key ceremonies are usually held at this time every year to commemorate rebels killed during the conflict, a so-called "heroes’ week" that coincides with the anniversary of the death of the first rebel.

Local media have reported that more organised events were planned this year in the island’s former northern war zone after the main Tamil party won local elections there in September.

"Promoting and propagating separatist ideology within Sri Lanka directly or indirectly, even by using media freedom, and attempting to commemorate or glorify terrorists that belonged to a proscribed organisation would be illegal," the military spokesman said in a statement.

The week also coincides with the anniversary of the birth of LTTE supremo Velupillai Prabhakaran, who was killed in 2009 in the final bloody offensive against the rebels in the northeastern district of Mullaittivu.

Authorities have been keen to erase any symbol of the Tamil Tigers, removing rebel war cemeteries and dismantling monuments set up by the guerrillas in the former war zones.

However, the military had turned a bunker used by Prabhakaran into a war trophy and a popular tourist stop, mainly for members of the majority Sinhalese community.

In a sudden decision last month, the military dismantled Prabhakaran’s bunker and declared it off limits for visitors.