Families, relatives and friends of victims who perished in the 2004 tsunami gathered at Uduththu’rai, Ma’natkaadu and Thaazhaiyadi burial grounds on Thursday remembering their loved ones on the 9th anniversary of the devastating catastrophe. The gigantic waves of tsunami claimed the lives of 41,000 people in the island on 26 December 2004 and most of the victims were from eastern and northern coasts of the Tamil homeland. Around 1.5 million people lost their homes in the tsunami. The International Community of Establishments, who failed the victims of tsunami, were not only complicit in Sri Lanka’s genocidal onslaught on them in 2009, but they continue to fail the victims of the tsunami and the genocide by allowing the Sri Lankan State to continue the structural genocide on the nation of Eezham Tamils.

On Thursday, Tamil National Alliance (TNA) and Tamil National People’s Front (TNPF) activists joined the kith and kin of the victims at the remembrance event at Ma’natkaadu in Vadamaraadchi East. 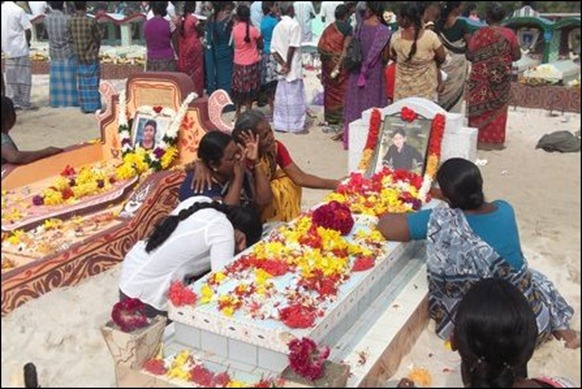 The remembrance of the victims of 26 December tsunami would not be a complete one without remembering the victims of the genocide, reminding the ICE on the injustice it has committed on the nation of Eezham Tamils.

The unitary Sri Lankan State system nullified a crucial Post Tsunami Operational Management Structure (PTOMS) agreement mediated by Norway between the parties to the conflict in 2005.

The agreement was nullified as the West, represented in a defined entity known as the Co-Chairs of the Tokyo Donor Conference, failed to take constructive steps in enforcing Colombo to desist from taking the destructive path in nullifying the PTOMS.

Eezham Tamils will never forget how the USA was culpable by encouraging the extremist elements in Sri Lanka to nullify the PTOMS deal.

The Sri Lankan Unitary State went the path of de-merging the North and East as it did away with the PTOMS agreement.

A genocidal onslaught was carried out on Eezham Tamils with the complicity of India and the Co-Chair countries.

Although the UN has admitted its own failure, it continues to escape from its accountability by excusing itself with its own reports stating that it has learned lessons but continues to commit injustice to the victims. 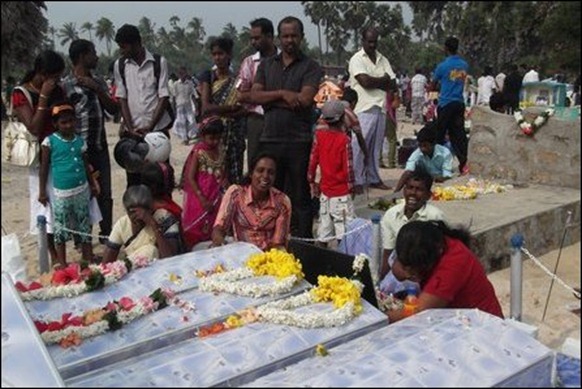 Most of the victims along the coastal belts of Ampaa’rai, Batticaloa, Trincomalee, Mullaiththeevu and Vadamaraadchi East in Jaffna peninsula have been denied of proper resettlement as Colombo waged a genocidal onslaught on them, killing and maiming thousands of the tsunami victims.

The families who survived the tsunami catastrophe and the genocidal onslaught are still denied assistance despite the propaganda by the Sri Lankan State that it has ‘developed’ Northern Province with ‘Vadakkin Vasantham’ and the Eastern Province with ‘Kizhakkin vidiyal’ programmes of the so-called Mahinda Chintana. 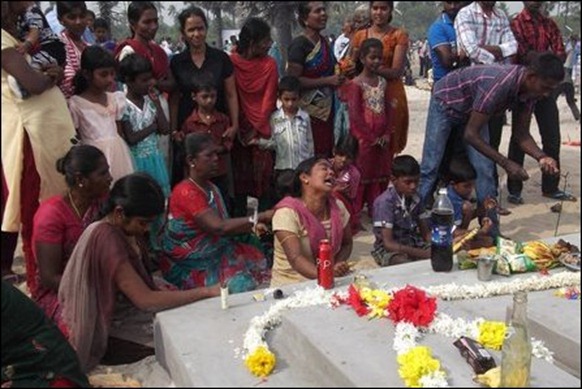 On top of all these crimes, the nation of Eezham Tamils is being robbed of its territories along the coast in Jaffna, Mullaiththeevu and Trincomalee by the Sri Lankan State as the International Community of Establishments continue to fail the victims by refusing to talk about the territorial integrity of Tamil homeland.

The remembrance of those who perished will also not be complete without remembering the Tamil heroes who were there to rescue a lot of people from the tragedy within minutes. 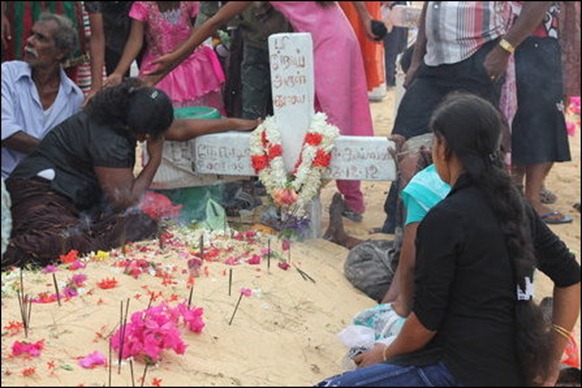 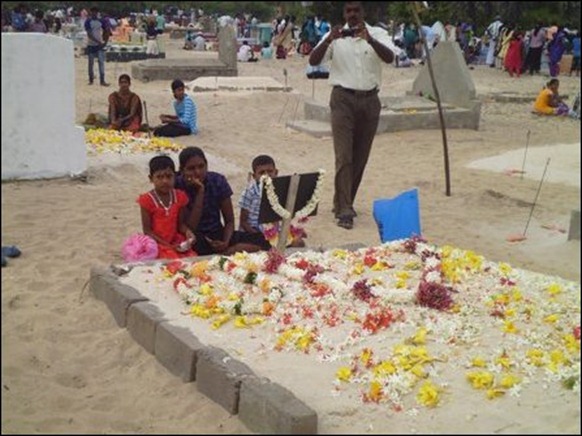 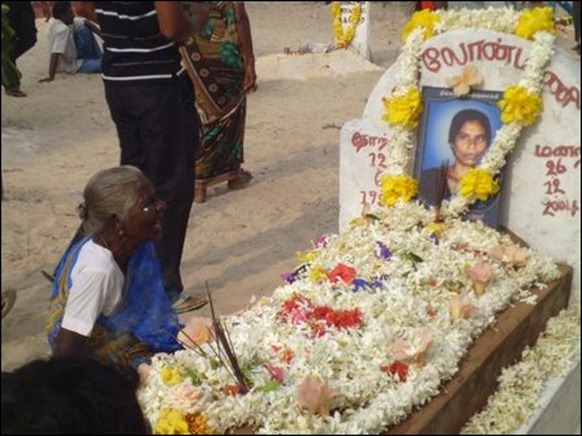 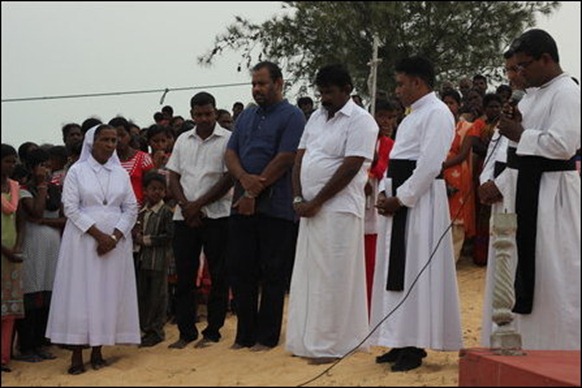 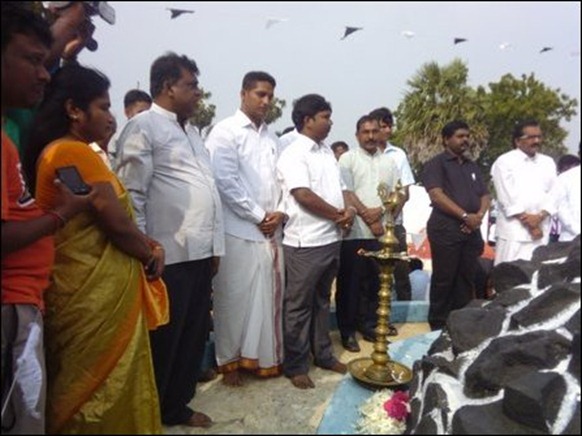 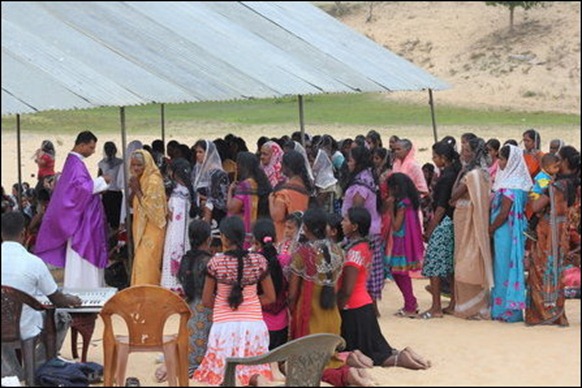 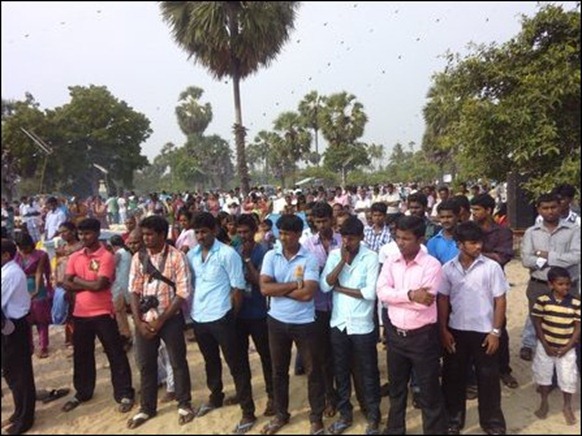 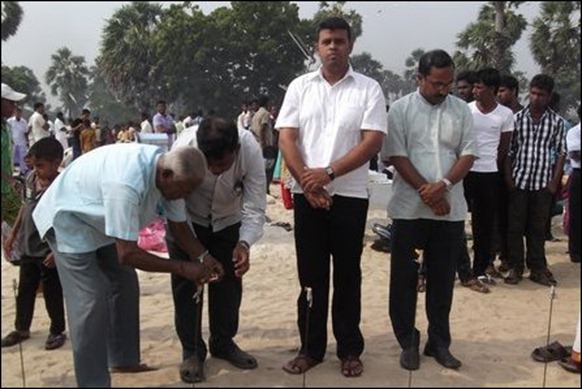