In an unprecedented gathering after May 2009, around 10,000 diaspora Eezham Tamils gathered in Geneva on Monday demanding international investigations on genocide and a UN plebiscite on independent an sovereign Tamil Eelam. Disappointed with the discourse in Geneva and losing their trust in the pro-Establishment lobbyists, the Eezham Tamils have begun to rally behind the network of the grassroots organisations in Europe, that were hitherto silently watching the process. Dr Denis Halliday, the former assistant secretary-general of the United Nations, who was one of the judges at the Permanent Peoples’ Tribunal (PPT) on Sri Lanka (Bremen Session) addressed the gathering. 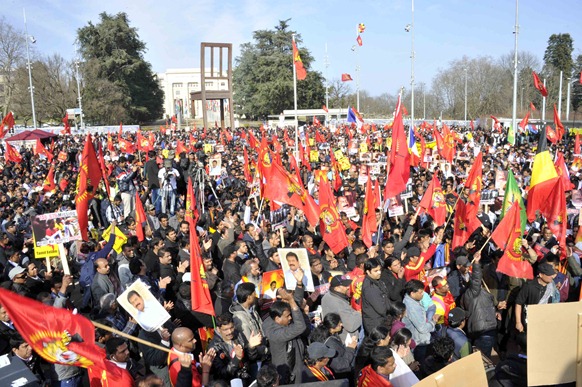 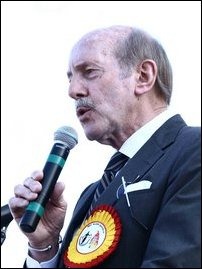 In the meantime, the draft resolution being circulated at the UN Human Rights Council, framed by USA, UK, Montenegro, FYR of Macedonia and Mauritius, didn’t seek a Commission of Inquiry (CoI), disappointing even the pro-Establishment lobbyists in the Tamil diaspora.

The draft resolution has called upon the Sri Lankan State to conduct an independent and credible investigation while harping on Office of the Human Rights High Commissioner (OHCHR) investigation into “alleged violations and abuses of human rights and related crimes by both parties in Sri Lanka.”

Following the disappointing discourse in Geneva, the Tamils in Europe mobilised to place their demand in clear terms in front of the UN office at Geneva.

3,000 Tamils from Switzerland, 3,000 from Germany, 2,500 from France, 650 from UK and hundreds of Tamils from other countries such as Italy, The Netherlands, Belgium, Denmark, Sweden and Norway took part in the protest.

Grassroots activists have been waging a campaign visiting various countries Europe mobilizing the masses and addressing the solidarity groups in various countries of Europe. The project, named ‘Tamil Van’ was concluded on Monday at the rally in Geneva. 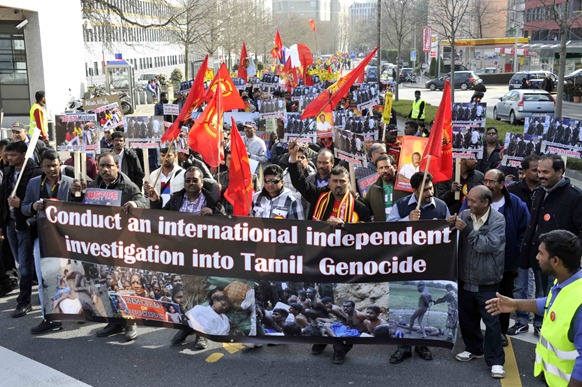 Tamil Youth Organisation (TYO) branches from all the countries in Europe with significant Tamil population also took a prominent role in the protest organised by the Tamil Coordinating Committees (TCC) from across the European countries.

A Norwegian politician showing solidarity with Tamils and a film director from Tamil Nadu also addressed the gathering at Geneva. 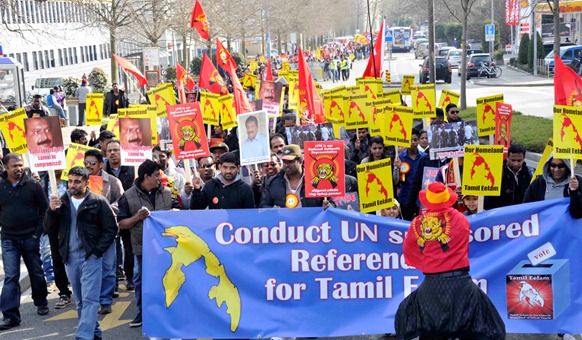 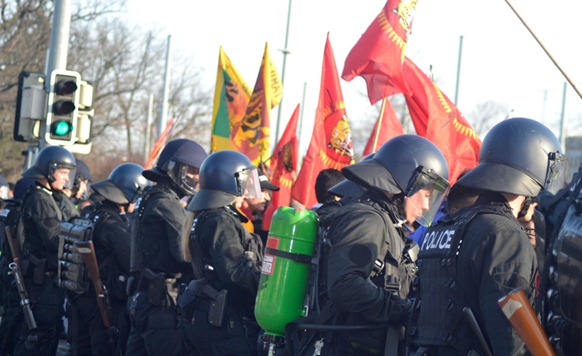 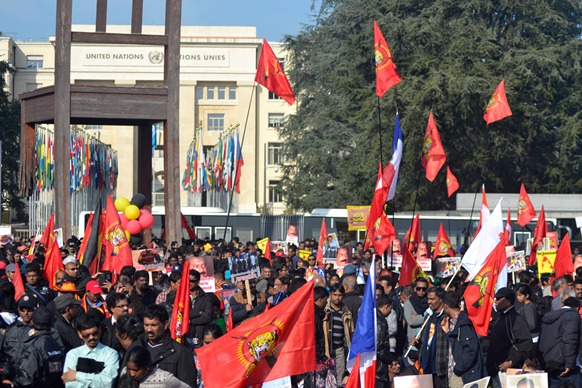 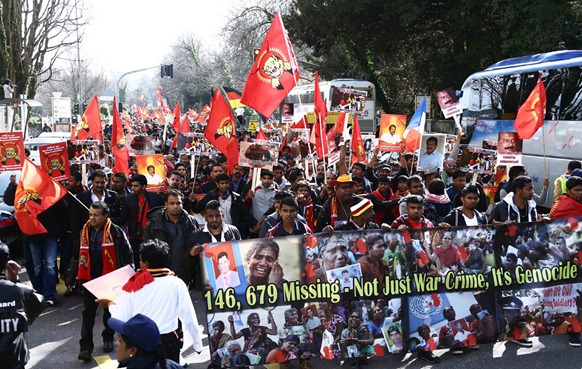 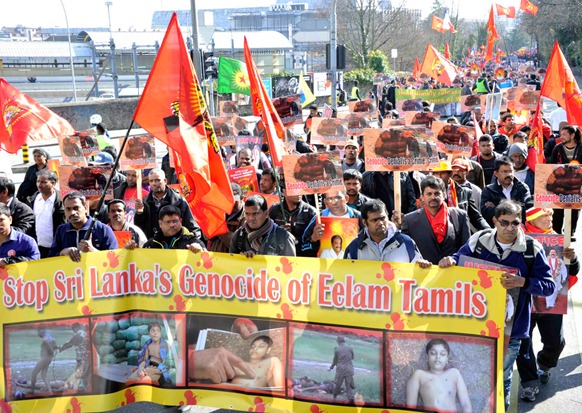