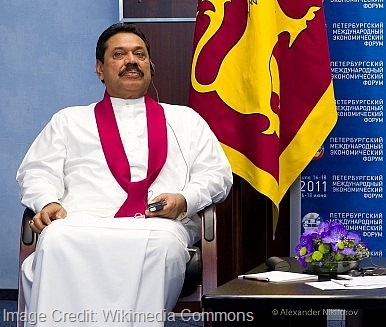 Five years ago – in May 2009 – Sri Lanka’s brutal civil war finally ended. Regrettably, there is ample evidence to suggest that violations of international humanitarian and human rights law were committed by both the Sri Lankan military and the separatist Liberation Tigers of Tamil Eelam (LTTE). In spite of significant international criticism, the Sri Lankan government has refused to conduct a proper inquiry into what transpired at the end of the war and human rights violations in the country have continued unabated since that time.

Indeed it is the nexus between past atrocities that remain unaccounted for and the ongoing human rights violations – which are rarely dealt with – that has further institutionalized impunity on the island. Consequently, some members of the international community have been trying to turn things around.

The UN’s Office of the High Commissioner for Human Rights (OHCHR) has been tasked with monitoring ongoing human rights developments on the island. Yet the most controversial element of the current resolution involves an investigation into wartime atrocities; OHCHR has been asked to look into events from the 2002 ceasefire until the war’s tragic finish.

The Sri Lankan government has already made it clear that it will not cooperate with the OHCHR investigation – meaning it’s almost certain that the investigation team will not be allowed to enter the country.

Recruitment for the OHCHR investigation team is ongoing and a more detailed update is expected soon. The group is slated to begin work in June so that they’ll be ready to deliver an oral update during the HRC’s 27th session this September. As per the most recent resolution, OHCHR will present a comprehensive report at the Human Rights Council’s 28th session in March 2015.

Besides, in order for there to be criminal prosecutions of senior government officials, the most likely scenario would involve a UN Security Council resolution. More specifically, the UN Security Council could create an ad hoc criminal tribunal, like those established to deal with human rights violations in Rwanda and Yugoslavia. Nonetheless, it’s extremely unlikely that this will happen in the short to medium-term, simply because Russia and China both hold veto power.

It’s true that the imminent investigation will keep the spotlight on the government of Mahinda Rajapaksa and that sustained international pressure should be encouraged. However, accountability is still far way. To ensure that genuine reconciliation happens in Sri Lanka, accountability, truth and justice are essential. Nonetheless, the prospects of having accountability or justice in the short to medium-term are looking increasingly bleak.

In advocacy circles and elsewhere, it’s long been mentioned that the possibility of a war crimes investigation or “accountability” could be used as leverage to encourage the Rajapaksa regime to make democratic reforms and begin to promote and protect human rights. Unfortunately, those reforms haven’t occurred and the human rights situation in Sri Lanka continues to worsen.

Transitional justice – when it does actually occur – takes time. On that score, it doesn’t look like Sri Lanka’s case will be anomalous. With that in mind, it’s imperative that critics of the regime – both within and outside the country – understand these fundamental constraints and have realistic expectations about what can be accomplished in the coming years.

Taylor Dibbert is an international consultant based in Washington D.C. and the author of the book Fiesta of Sunset: The Peace Corps, Guatemala and a Search for Truth.