Tamil-speaking Muslims in Kaaththaankudi observed hartal in protest against the anti-Muslim violence incited by the extremist Sinhala Buddhist Power Force (Bodu Bala Sena) in Beruwala in South. The SL State, which has high level relations with the BBS, has failed even the sections of Muslims who subscribe themselves as a ‘minority’ in ‘Sri Lanka’, the Muslim leaders in Kaaththaankudi in Batticaloa complained. After the war against Tamils, now the SL State is in full preparation for another war against the Tamil-speaking Muslims, they said. Among the thousands of Muslim protesters in Kaaththaankudi, only one person carried the Lion flag of genocidal Sri Lanka, while the organisers, the Federation of Mosques and the Kaaththaankudi Jamiyyathul Ulama, were pleading with the SL President to protect the properties of Muslims with the banner: ‘We are the citizens of Sri Lanka’. 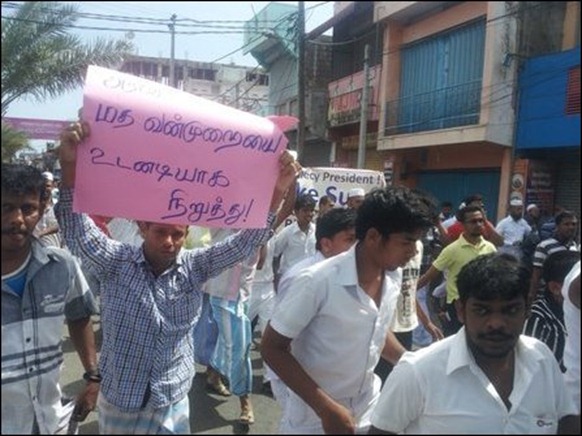 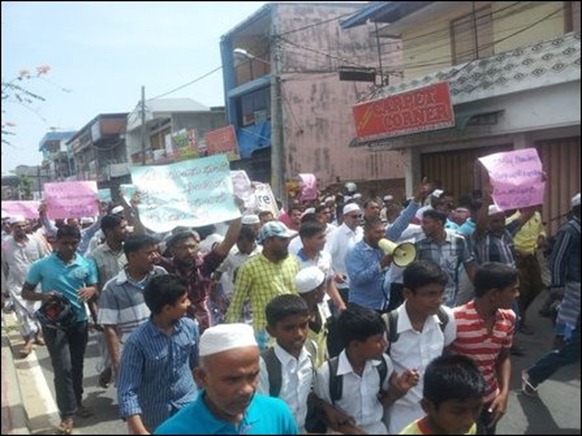 However, all the Muslim speakers were condemning the rapport existing between the extremist BBS and the ruling elite of the Sri Lankan State.

The occupying SL military and police were deployed at the places where Muslims gathered to stage protests.

People who participated in the protest were demanding an immediate end to what they termed as religious violence (Matha vanmu’rai) against the Muslims and immediate protection of the Muslims.

The biggest demonstration in the East was held on Tuesday in Kaaththaankudi. 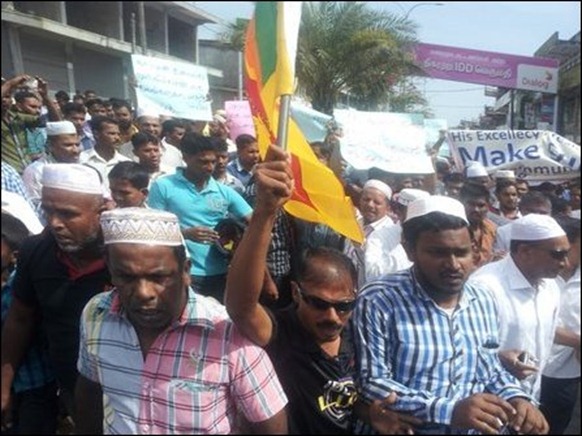 In the biggest rally held in Kaaththaankudi, the Muslims had only one man carrying the flag of genocidal Sri Lanka, passing a ‘subtle message’ to the SL State 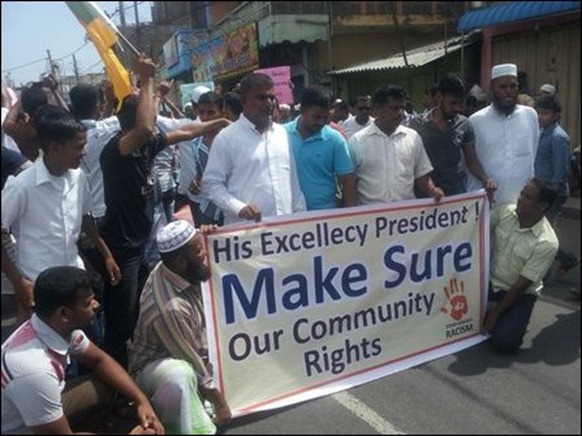