The elected representatives of Tamil National Alliance in the North fully boycotted the ceremonial events staged by the visiting SL President Mahinda Rajapaksa in Vanni and Jaffna on Sunday and Monday claiming that the meetings “do not appear to be in furtherance of a legitimate objective, and are not transparent nor collaborative.” While large numbers of SL soldiers were deployed on the streets of Jaffna subjecting the public with security checks, EPDP paramilitary operatives and a section of occupying SL military soldiers were coercing public sector workers, teachers, students together with the people deceived with false promises of livelihood assistance to attend the meetings. 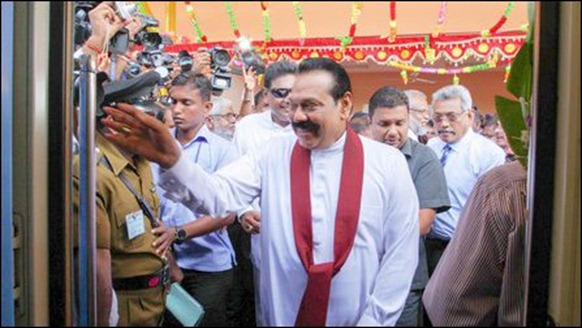 More than 650 voluntary teachers attending the Teachers Training College in Koappaay were instructed to come without college uniform to receive permanent appointment letters from the visiting SL president on Monday. They were asked to slant slogans welcoming the SL president and wave Sri Lankan lion flags at Jaffna Railway station. Later, more than 550 voluntary teachers were instructed to be at Veerasingham Hall. Likewise, a section of uprooted people were taken by the EPDP to participate in the events. The EPDP told the people that their participation would ensure their resettlement. School children were also brought to the event.

The SL State media workers from the South were live streaming the events to the South projecting the resumption of railway service to Jaffna from Pazhai as a development undertaken entirely Colombo and Mahinda Rajapaska while journalists in the North were not allowed to cover the events.

In the meantime, the office of the Indian Consulate General of India (CGI) in Jaffna was struggling to get its version of the story that the railroad to Jaffna was restored with Indian assistance. “The 38 km long Pallai-Jaffna railway line has been reconstructed as part of reconstruction of the Northern Railway line in Sri Lanka under a concessional credit line amounting to about US$ 800 million provided by the Government of India to the Government of Sri Lanka,” a statement from the CGI said.

Colombo was also deceiving the people in Ki’linochchi to take part in the meetings claiming that the visiting SL President would be handing over the jewelleries seized from the Bank of Tamil Eelam after the genocidal onslaught on Vanni to 2,000 people. But, only 25 of jewellery owners received compensation for their jewelleries. The remaining people were told to approach the SL military camps in their area to receive compensation for their lost jewellery.

In the meantime, SL presidential sibling and Defence Secretary Gotabhaya Rajapaksa, who is accused of stealing the jewellery and the money of the Eezham Tamils deposited in the Bank of Tamil Eelam, was only seen at the event in Pazhai where Yaazh Theavi train resumed its service to Jaffna. But, he was not seen at Jaffna railway station.

Colombo was also using the opportunity to woo voters by re-issuing land deeds to people in Vanni. The SL president was also trying to attract the public sector workers in Jaffna with the offer of 2,000 motorbikes with limited price to government workers.

Mahinda Rajapaksa and Douglas Devananda, in their addresses were describing the TNA as engaging in ‘petty politics’. Rajapaksa was blaming the TNA as having failed to utilize the funds allocated for the NPC.

The Chief Minister of NPC has already clarified the position of the TNA in his letter to SL President on October 10.

“Much government propaganda was employed to state that the NPC was the beneficiary of nearly 6 Billion Rupees for the year 2014 and that only a small portion of it had been utilised by the NPC, when in fact, the NPC was allocated only 1875 million while a sum of 3955 million is being used directly by the Central Government,” the chief minister of the NPC Mr C.V. Wigneswaran had stated in his letter to Mahinda Rajapksa.

“It is imperative to state at this juncture, having been in office for an year,that it is established beyond any doubt that the Provincial Council System in the Northern Province and even in the Eastern Province within the current unitary constitutional architecture, especially in the post war context, in the absence of a sustainable political settlement are mere hollow structures devoid of authority to serve the needs and priorities of the war affected communities in Northern and Eastern Provinces,” Mr Wigneswaran further said in his letter.

“It would be inappropriate for us to attend the 13th October Meeting as well as other politically motivated meetings in the Northern Province, particularly when in reality the NPC and the Tamil Speaking Peoples are continuing to be marginalized,” the NPC-CM had stated in advance. 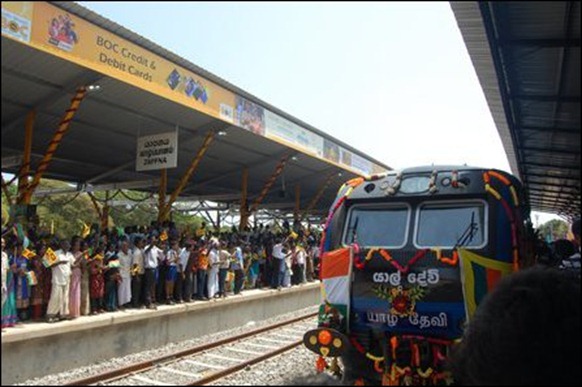 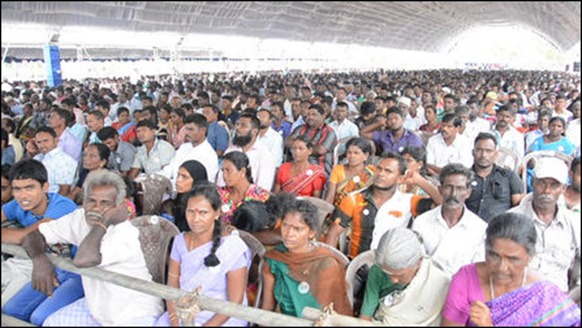 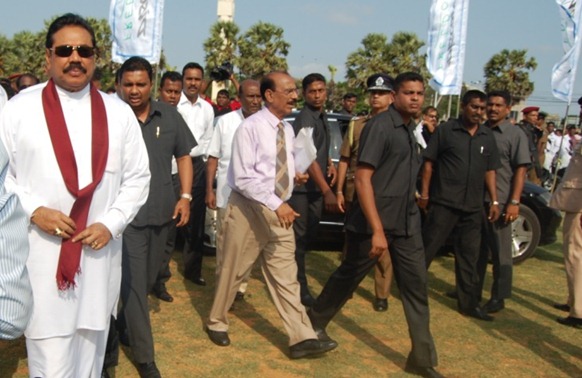