Sri Lanka Army (SLA) fired artillery shells killed four displaced civilians, including the parents and the daughter of a family, residing in the settlement located behind the hospital of Puthukkudiyiruppu in Mullaiththeevu district Saturday night, according to medical sources. Two of the killed victims were 17-year-old students. Four civilians, including a 5-year-old child were wounded in the indiscriminate artillery attack. Meanwhile, artillery barrage on Vaddakkachchi and Pu’liyampokka’nai in Ki’linochchi district continued, disrupting the access roads for civilians to move away from the areas that have come under artillery barrage. 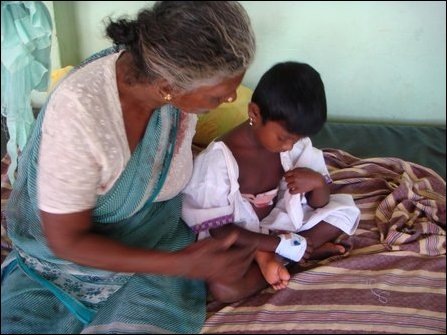 The families had displaced from Chlaavaththai in Mullaiththeevu to 9th division of Puthukkudiyiruppu after SLA offensive in the district.

The victims killed in the artillery attack which took place around 11:00 p.m. Saturday were: Kaaththan Thuraisamy, 61, the father, Sinnamma Thuraisamy , 55, the mother and their daughter Thamilini Thuraisamy, 17, and S. Thavakumar, 17.