The owners of five houses and lands that have been illegally seized by the Sri Lankan military for more than two decades at Koozhaavadi, situated on Maanippaay Road at Aanaik-koaddai in Jaffna protested on Wednesday against the attempt by Colombo to transform their lands into State property with the motive of permanently sustaining a war-time military camp, which was notorious for extra-judicial interrogations, abductions and disappearances since 1996. At the same time, unemployed graduates staged a protest in front of Jaffna District Secretariat demanding jobs.

A notorious torture cell of the Sinha Regiment of the Sri Lanka Army was operating at Koozhaavadi in Jaffna.

After issuing a gazette notification to seize the private properties where the military camp is situated, the occupying SL military got the survey department officials to undertake surveying without informing the owners of the exact timing. However, the Divisional Secretariat officials were obliged to inform the families of the date of the ‘legal appropriation’ of their properties.

Following the information, Tamil National Peoples Front (TNPF) organised a protest together with the landowners and the grassroots activists in Jaffna.

The SL government officials who were to hand over the lands didn’t show up and the protest concluded peacefully amidst heavy deployment of Sri Lankan police and the military.

The landowners complained that the SL military was harassing them to transfer the lands without staging any protest. 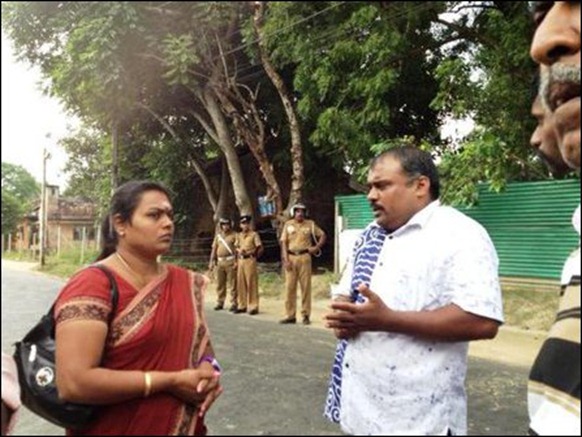 In the meantime, University teachers, students and non-academic staff at the University in Jaffna are preparing for protests against EPDP appointed personalities controlling Jaffna University Council, informed TNA sources told TamilNet on Wednesday. A TNA MP has recently held meetings with the University staff. 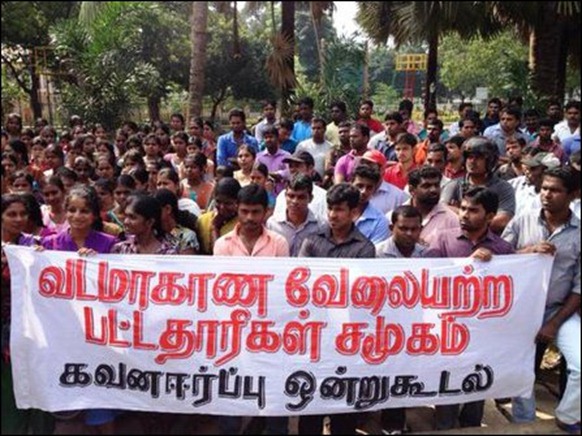