British Prime Minister David Cameron will Monday be handed a memorandum on behalf of UK’s Tamil community urging his government to support an international probe into war crimes in Sri Lanka, and to pressure the Colombo government to resettle in their homes tens of thousands of Tamils still languishing in refugee camps, and allow international access to thousands held in its prisoner-of-war camps. The UK is also being urged to boycott Sri Lanka till Colombo complies with international law. The handover follows a march and ‘midnight vigil’ outside 10 Downing Street staged Friday night by thousands of supporters of the campaign who marked the anniversary of the 1983 ‘Black July’ anti-Tamil pogrom.

The vigil also inaugurated a “Walk for Justice” by a British Tamil youth, from the site of British Parliament, through France and Switzerland to the UN offices in Geneva to raise awareness and support for these goals.

Thousands of Tamils and non-Tamils gathered Friday night carrying candles, placards, banners and hoisting flags appealing to the UK establishment and the UN to investigate war crimes and crimes against humanity in Sri Lanka. They walked in procession from opposite Westminster to Downing Street.

The rally and vigil marked the anniversary of the ‘Black July’ state-sponsored massacres of 1983, in which three thousand Tamils were slaughtered and the homes and businesses torched.

“The [event] also served as springboard to gather support for international action on Sri Lanka’s defiance of international norms,” said an official of the British Tamil Forum, which organized the event.

“To this end, we are calling for an international boycott of the Colombo government until it respects international laws,” she said.

“The Sri Lankan government has shown clear opposition to any prospect of independent monitors investigating war crimes in Sri Lanka,” the BTF said. “The walk for justice to the UN coincides with the recent appointment of a UN advisory panel by UN Secretary General Ban Ki-Moon.”

An international day of boycott is taking place on Saturday 31st July 2010 across US, UK, Canada, Australia and Europe to take forward this campaign.

“[Friday night’s] event, like others, in intended to send a message of hope to our Tamil brothers and sisters that we will not rest until they are free from the oppressive State,” the BTF said.

“Westminster Council, the Mayor’s Office and the Metropolitan Police offered tremendous support to enable this momentous vigil to take place,” the statement added.

The midnight vigil also inaugurated a “Walk for Justice” from the heart of British Parliament, through France and Switzerland to the UN Human Rights Council offices in Geneva.

Mr. Sivanthan, a British Tamil youth, will be joined by supporters and well-wishers on a two-week walk to raise awareness and amalgamate support for the campaign, which has amongst its goals, “an independent international probe into war crimes committed in Sri Lanka, … access to prisoners of war, for all internally displaced persons to be resettled into their own homes, and a boycott of Sri Lanka until it respects international laws.”

“The two-week walk to the UN aims to unite Tamils across Europe and the wider community to join calls to highlight the need for UN to uphold international laws to ensure that justice is universal and to set precedents for other rogue states,” the BTF said.

A memorandum is also to be handed to the UN in Geneva on 6th August 2010. 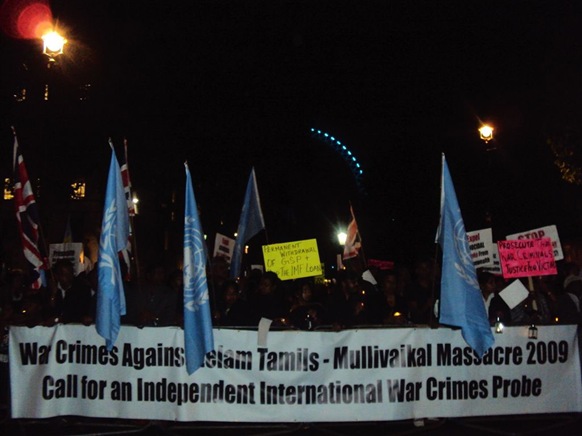 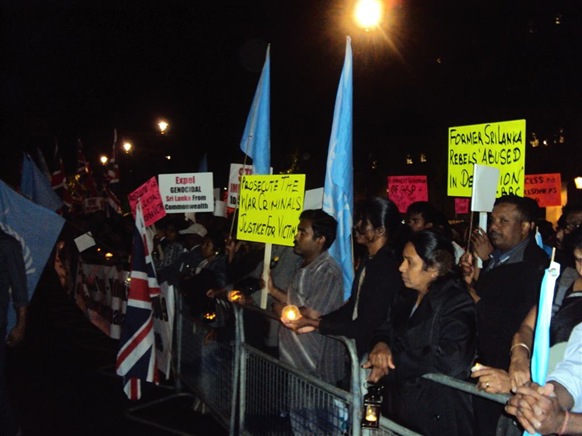 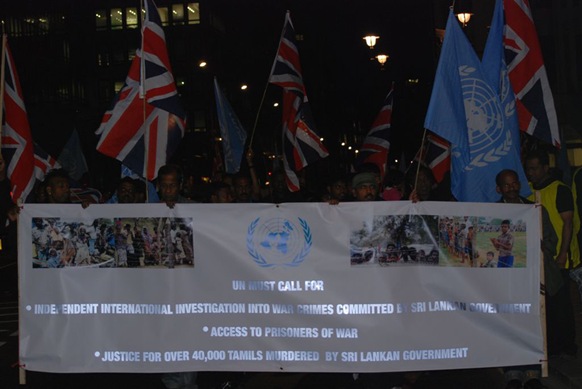 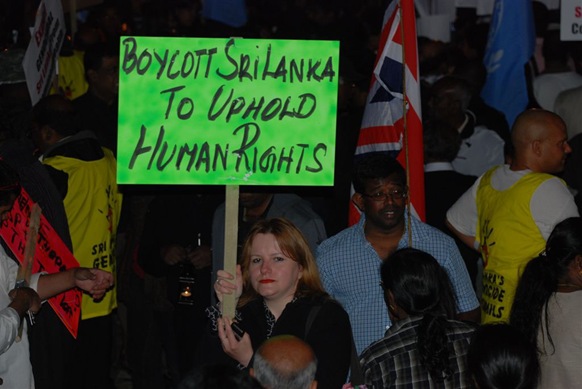 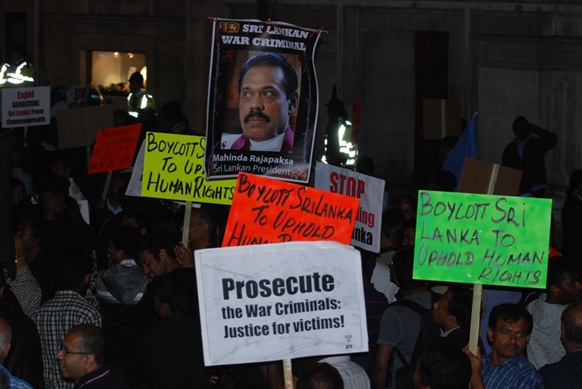 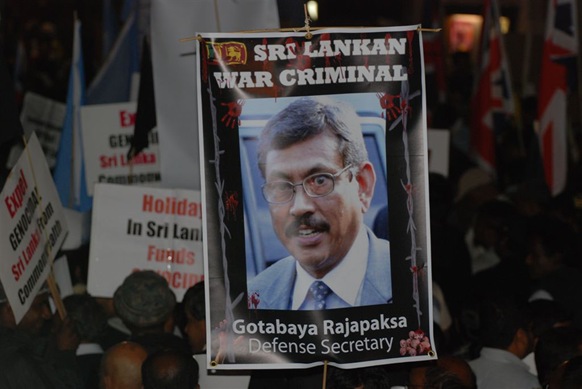