On this Thursday 17th March the President of the Indian National Congress Party, Sonia Gandhi spoke to the Commonwealth Foundation on ‘Women as Agents of Change’.

India was an important supporter of Sri Lanka’s military offensive nearly two years ago. They were also instrumental in ‘persuading’ the West in turning a blind eye to the atrocities that took place against civilians in the latter part of the conflict. Mrs Gandhi and the Congress Party were thought to be driven by revenge against the rebels. Their actions however, not only resulted in the massacre of innocents, also condemned many Tamil civilians, particularly women, to destitution with little means of earning a livelihood.

Consequently the human rights group Act Now held a demonstration outside the Commonwealth Foundation building in Central London and handed out hundreds of fliers to the attendees in the queue.

Meanwhile Act Now Directors Graham Williamson & Tim Martin were in the lecture. After the speech Tim Martin was introduced to Sonia by Kieth Vaz and was able to have a good conversation regarding the issues in Sri Lanka.

Tim said to Sonia he had heard her talk about women as agents of change but what about the innocent Sri Lankan Tamil women who have been raped, murdered, mutilated and tortured. What about the tens of thousands of war widows which struggle to make ends meet. How will they become agents of change?

Sonia replied that she was extremely concerned about the situation in Sri Lanka and that her government would do everything they can to bring change.

Overall the event was successful and continued to remind Sonia about the atrocities which continue to take place in Sri Lanka. 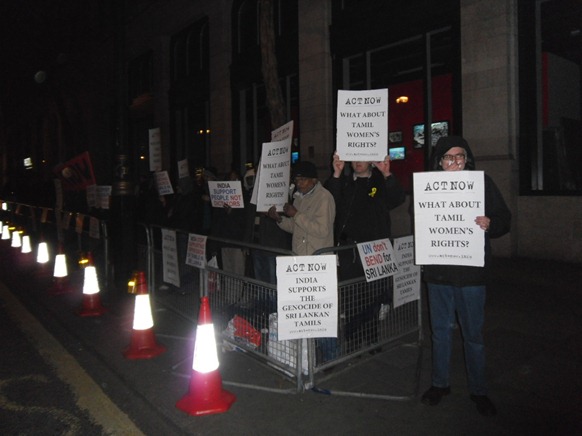 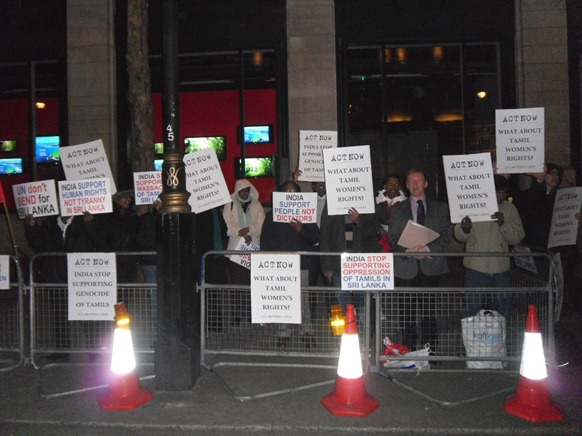 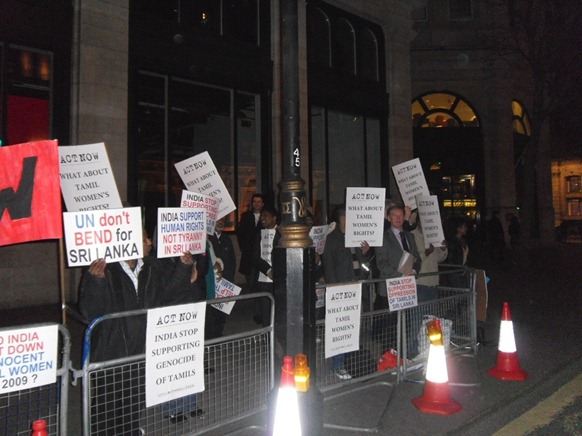 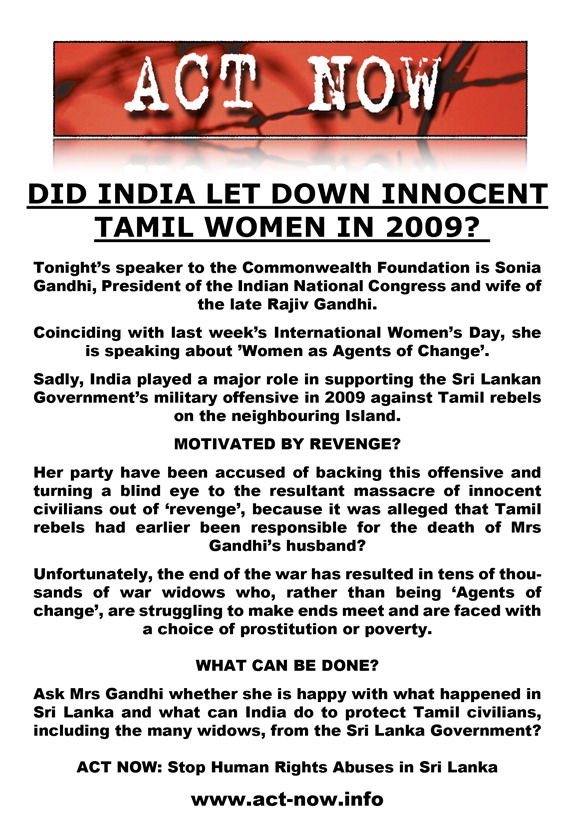 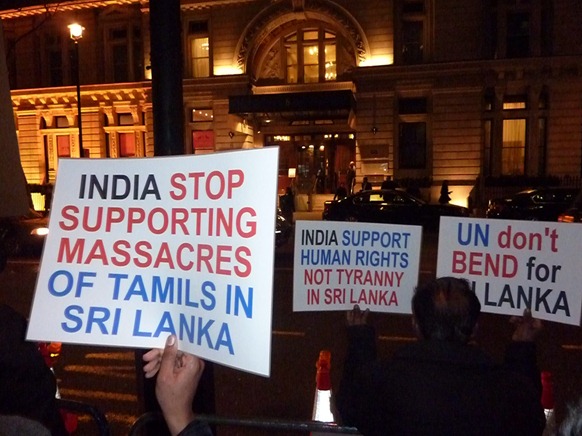 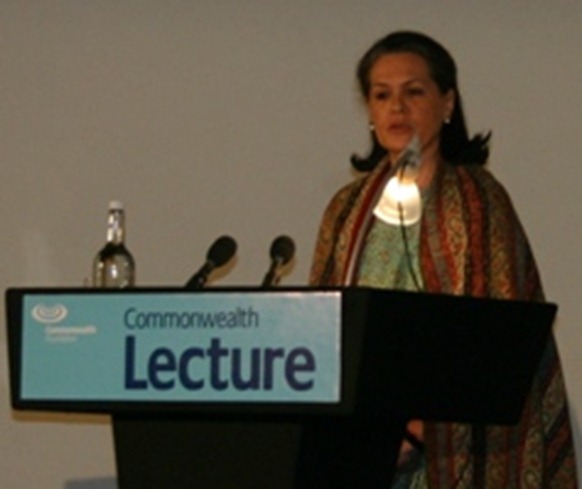 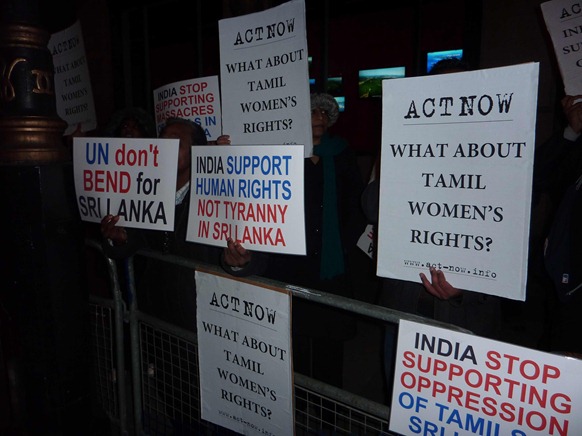 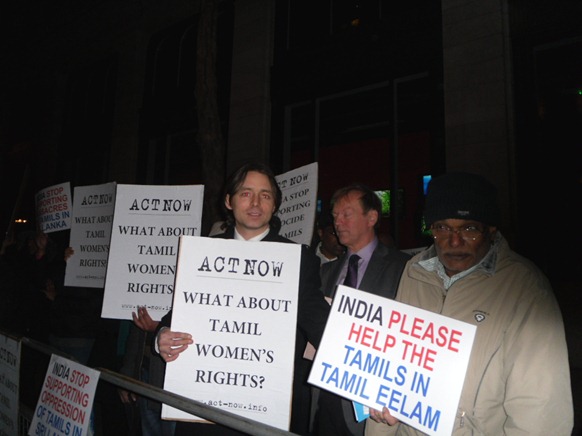