Part of a landmark heritage complex at the Old Park in Jaffna, the residency buildings of the British Government Agents, dating back to the beginnings of British rule, was demolished overnight on Wednesday at the orders of the occupying Sri Lanka governor in Jaffna, Maj. Gen. G.A. Chandrasri, despite the SL Archaeology Department declaring it a heritage site, preventing any demolitions. The SL governor is already building a mansion for the occupying governors in that location at a cost of 100 million Rs, news sources in Jaffna said. Both SL President Rajapaksa and his governor give utmost importance to the symbolism in showing who are colonial masters now, by building a mansion for the SL president at the ‘King’s House’ inside the Dutch Fort and by building a governor’s mansion at the complex of the former British Residents. 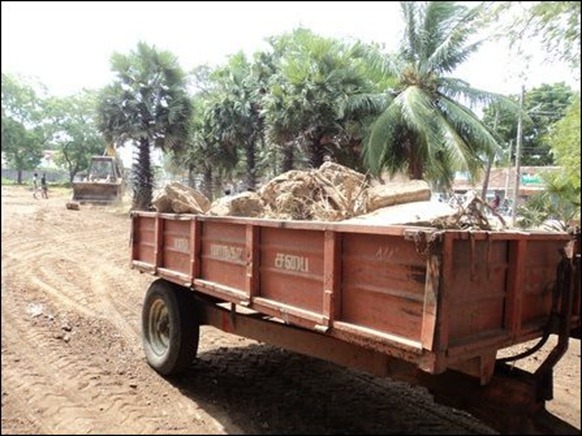 On 2 September the SL Archaeology Department through a Gazette Notification has declared the location a heritage site and has ordered against any demolitions.

When demolition workers came to the site, the Sri Lanka Government Agent of Jaffna Ms. Imelda Sugumar informed relevant ministries and stopped the demolition for a while.

But during the night, the demolition squad of the Jaffna Municipality came again and razed down the structures to the foundation, leaving only a bathing tank called ‘Queen’s Bath’ that was part of the British residency.

The demolition work continued for the second day on Thursday and the tractors of the Municipality were engaged in removing the old building stones, Imelda Sugumar said.

Any litigations coming – if at all they come – are artfully passed on the Jaffna Municipality, even though the culprit was the occupying governor Chandrasri. The act took place overnight on the orders of the SL governor.

The Sri Lanka Government Agent openly accused that the SL governor was the one who ordered the Mayor, Mrs. Yogeswary Patkunam, to demolish the heritage building without caring for the SL Archaeology Department. 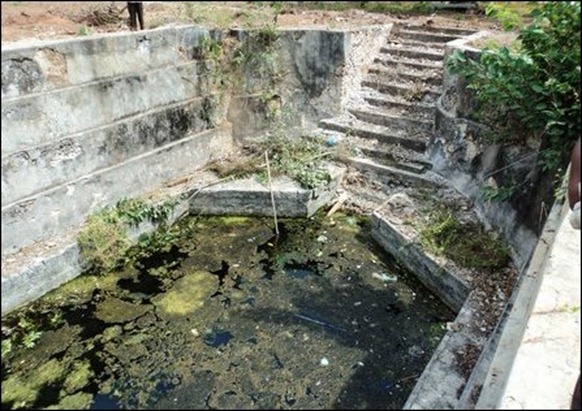 The residential buildings and the Old Park location date back to the beginnings of British colonial rule in Jaffna.

When the British captured the territory of Jaffna Patnam in 1796 from the Dutch, the administrative headquarters of the British resident was shifted from the Dutch Fort to the Old Park locality in Chu’ndik-kuzhi, roughly 3 km south of the Fort. An early description of the residency could be found in the travelogue of James Cordiner, a chaplain who visited Jaffna along with the first English Governor of Ceylon in 1802.

The administrative headquarters became known as the Kachcheari – a word that has come into Eezham Tamil from the legacy of the English East India Company that initially ruled the territories in Ceylon until it became Crown Colony in 1802.

Kachcheari, which means an administrative or revenue centre, is originally an Urdu word of Moghal legacy that was taken up by the English East India Company. The early officials of the Company with Indian background introduced the term into the island. The term survived even though the officials with Indian background were withdrawn in 1799 after a rebellion against the corruption of the Company rule in 1797.

The Residency and a vast park developed around it, nearly in an area a square mile with very old trees, became a public property in mid 19th century, through a deed of a benevolent British Government Agent, Percival Dyke.

Dyke and his successor Twynam, who preferred to live in Jaffna even after retirement and died there, are still remembered in Jaffna for their benevolent acts.

According to the public property declaration of Dyke no building other than the residence of the Government Agent could be built in the park.

The locality became known as the Old Park, and was in public use for long. For instance, in Jaffna where it is difficult to find a forest of big trees, schools regularly choose the Old Park for the scout camps of school children.

But, the park became a centre for the occupying SL military during the war decades. During the war against the LTTE, the old buildings were destroyed in aerial bombing. 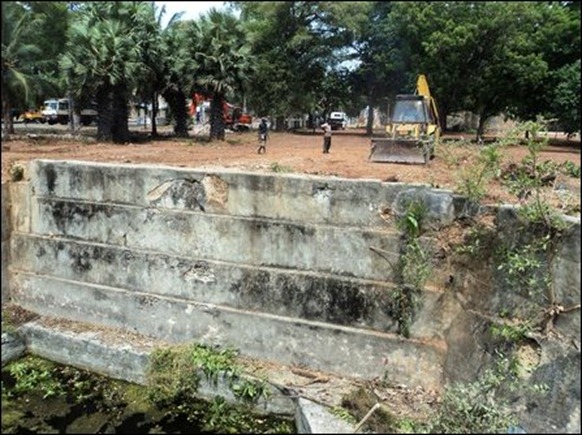 Sri Lanka’s occupying governor Chandrasri is now building a mansion in the Old Park at the cost of 100 million rupees, after cutting down many of the old trees.

He is keeping a contingent of SL Army in the park for his security.

The Governor’s mansion complex will also have residential quarters for other officials and the occupying Army. Hence, the park is now being cleared of trees and old structures.

Even the only remaining wooded area in Jaffna city is lost.

Chardrasri also plans to build a Buddhist stupa in the park and he was fleecing money from the NGOs for this purpose, some earlier news reports said.

Meanwhile, the Indian Government has plans to develop a museum at the old Kachcheari building on the side of the Old Park, news sources in Jaffna said.

The public in Jaffna who wish to see the Old Park as a heritage centre and a real public place are much angered at the defacement of heritage by the occupying governor and the symbol of colonialism he tries to construct.

The public are equally angry with today’s British and Dutch governments who are now part of the ‘International Community’ that design and allow ‘colonialism’ getting vigorously transferred into the hands of Colombo.

The Netherlands even funds Colombo in the symbolic process of converting the Dutch Fort in Jaffna as a seat of the occupying President of Sri Lanka.

The US Republican Congressman Steven Joseph Chabot, Chairman of the Congress Sub-committee on the Middle East and South Asia, was visiting Jaffna on the day the demolition took place.

The visiting US Congressman met the commander of the occupying Army, Maj. Gen. Hathurusinghe on Wednesday and discussed ‘development,’ according to the Defence website of occupying Sri Lanka.