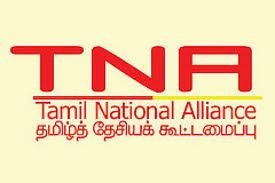 (In a letter dated 27th February 2012, Tamil National Alliance leader Rajavarothayam Sampanthan has written to all 47 member states of the United Nations Human Rights Council meeting in Geneva urging support for the envisaged resolution on Sri Lanka. The full text of the letter is as follows)

I write to you as the leader of the Tamil National Alliance (TNA), the principal elected representative of the Tamil people in the North and East of Sri Lanka, to extend my gratitude for your sustained commitment to peace, justice and substantive democracy in our country.
Subsequent to assurances given by the President of Sri Lanka in May 2009, and in pursuance of the same, the Secretary General of the United Nations appointed a panel in June 2010 to advise him on accountability issues in Sri Lanka with respect to the final stages of the war. When the Panel released its report on 31 March 2011, stating that there were credible allegations that both sides had committed war crimes and crimes against humanity, the TNA welcomed that Report and urged the implementation of its recommendations. We are convinced that telling the truth and ascertaining responsibility is the best means of avoiding a repetition of past tragedies.

The Sri Lankan government promised that the Lessons Learnt and Reconciliation Commission (LLRC), which it had appointed in May 2010, would address questions of accountability. The LLRC delivered its report in November 2011. We have shared with the international community our comprehensive analytical response to the said report, and also enclose it herewith. We submitted that the LLRC failed the victims of the war, and that its composition, mandate, process and findings fell dramatically short of international standards.

Notwithstanding this, the LLRC also made several positive recommendations, including for the rapid demilitarization of the North and East, investigations into human rights violations committed by paramilitary groups and legislative recognition of the right to information. Though the LLRC recognized the critical importance of making visible progress on devolution of power, successive governments for well-nigh six decades have failed to address this issue. The failure to evolve a political solution based on devolution of power is the root cause of the conflict in Sri Lanka. The government of Sri Lanka continues to demonstrate a lack of commitment to implement even the LLRC’s recommendations within a specific time-frame.

In fact, even the LLRC observed that its own interim recommendations which were issued in September 2010, such as publishing a list of detainees and disarming paramilitary groups, have not been implemented. This consistent record of non-implementation by the government, and its refusal to take steps towards creating a social and political environment of positive peace and justice remains the most serious problem for the Tamil people in Sri Lanka.

The state of human rights protection and human security in Sri Lanka continues to cause great distress to us. The spate of killings and abductions, even in the last few months; the intrusive presence of the military in governance, on the streets, in trade and business as well as in the day to day lives of citizens; the negation of effective civilian administration in the North; the expropriation of private lands; the arbitrary utilization of state lands for sectarian purposes; and the erection of massive military cantonments in areas where people should have been allowed to resettle; are all manifestations of how the social and political freedom of the Tamil people in the North and East of Sri Lanka is being severely jeopardized. The worst affected victims of this intense militarization are women and children, where widows and orphans are rendered particularly vulnerable to systematic exploitation and violence. Former women LTTE cadres and other vulnerable women are coerced into playing the role of comfort women. Furthermore, paramilitary groups acting in consort with the military are known to be involved in incidents of rape and abuse, as well as human trafficking and organized prostitution.

The democratic verdicts of the Tamil people in Sri Lanka have been consistently disregarded by successive governments for well-nigh six decades. There is now a concerted attempt to silence that Tamil democratic voice. At the urging of those with extremist views, the government is engaged in an irreversible process whereby the demographic composition of the North and East is being altered through the establishment of Sinhala settlements, the entrenchment of the military, and the systematic exclusion of Tamil people from the civil service. The juggernaut of the government and the military is relentlessly engaged in transforming the cultural, linguistic and religious makeup of the North and East and forcibly imposing the dominant culture on those areas. This is also evident in the destruction of numerous Hindu places of worship, and the proliferation of new Buddhist shrines.

We are convinced that a speedy resolution of the ethnic issue through a negotiated settlement with the government on granting the North and East access to powers of governance is necessary to reverse these trends. Despite many government commitments at the talks not being honoured, we have patiently and responsibly engaged the government in a series of bilateral talks in this regard since January 2011. We were also very disappointed when the government irresponsibly and unilaterally withdrew from these bilateral talks in January 2012. We remain committed to the evolution of a reasonable, workable and durable political solution within an undivided, united country.

We are also committed to the cause of truth, justice and reparations for the atrocities committed by both sides during the last stages of the war. We believe that it is our duty – as representatives of the Tamil people – to communicate their profound desire for truth and justice.

We ourselves have been struck by the intensity of this desire, and the determination with which it is expressed to us. We have maintained that accountability remains an urgent and important need to help victim communities overcome trauma and rebuild their lives; to bring closure to our collective and personal grief; to ensure genuine reconciliation; to break the cycle of impunity in Sri Lanka and most importantly, to insure against a return to violence. For these reasons we have urged the international community to take steps to institute an international investigation into the credible allegations of war crimes committed by both sides during the last stages of the war.

We observe that at the upcoming 19th Session of the Human Rights Council in Geneva, a Resolution will be tabled that will declare that the government of Sri Lanka has not yet done enough to implement the recommendations of the LLRC, and will comprehensively address the issue of accountability.

You are aware that the Sri Lankan government has consistently failed to abide by its commitments and to implement recommendations made by Commissions appointed by the government.

This Resolution will provide an opportunity for the fulfillment of the commitments repeatedly made by the government of Sri Lanka, and now contained in the recommendations of the LLRC, and thereby for the realization of the legitimate aspirations of the Tamil people.