The ‘Resettlement Report October- December 2011’, available on the Tamil National Alliance’s (TNA) temporary website, DBS Jeyraj’s blog and Sangam.org, is the second report of the Tamil National Alliance Research Series, and claims to provide an ‘overview of the return or resettlement of Internally Displaced Persons (IDPs) who were displaced during the final stages of the war in Sri Lanka’. The report states that its intention is to ‘examine the status of selected groups of resettled or returned persons in the Vanni region’, in this instance the village of Santhapuram in Kilinochchi. It also focuses on two ‘special issues’- plans to relocate those remaining in Menik Farm to Kombavil, and returns to the released High Security Zones in Jaffna. 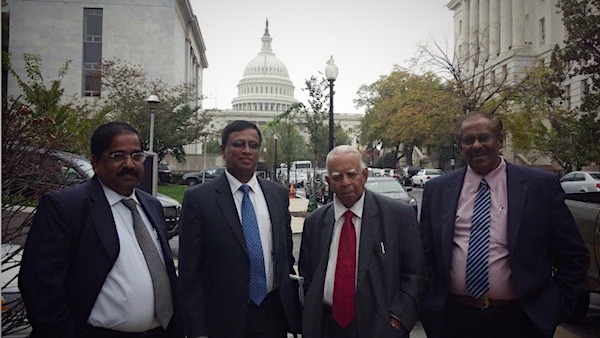 The initiative taken by the TNA to prepare reports on issues of concern such as resettlement is commendable.  The document is also useful in that it provides information on different villages in each report. Yet, the failure of the TNA to ground the report within a human rights framework is cause for grave concern. Several valid and valuable critiques of the human rights discourse have been advanced by academics such as David Kennedy and Ratna Kapur. Kennedy argues that the rights discourse propagates an ‘unduly abstract idea of people, politics and society’, a one-size fits all notion of ‘emancipatory practice’ and the de-politicization and ‘hollow promises of emancipation through law’.  Kapur has pointed to the focus on the ‘victim subject’ that perpetuates the notion that certain groups of people are without agency, and thereby unwittingly depriving them of the power to make choices about their lives. While acknowledging the validity of these arguments it is undeniable that in the current socio-political context, it would be suicidal for the TNA to abandon the human rights discourse when engaging with other actors, be it the state or the international community, on issues related to, and concerns of the Tamil people. The rights discourse is one of the few tools that can be used to frame and articulate the plight of the affected, and place their aspirations and demands in the public sphere.

Interestingly, the word ‘rights’ is not mentioned even once in the entire report. Instead, the report has taken refuge in the amorphous concept of ‘human security’, to which passing reference is made a couple of times. Due to this shortcoming, there is limited analysis of the information presented in the report vis-à-vis the broader issues related to return, resettlement, reparations and land issues that affect the population that forms the TNA’s constituency.  Considering that land issues constitute one of the main concerns of the Tamil population, which nearly three years after the war continues to experience discrimination in various spheres of life, the failure of the TNA to focus on the rights of displaced and returning populations, places in doubt their ability to listen to the concerns of the people they claim to represent. Moreover, looking at the issue through a rights framework might serve to remind the TNA of the complexity of return and resettlement, and the need to pay heed to the rights and concerns of non-majority populations in those areas, such as Muslims from the North, who also face discrimination, hostility and lack of support when they seek to return.

It is essential that any report that focuses on the status of displaced persons takes note and anchors its analysis on international standards such as the Guiding Principles on Internal Displacement and the Pinheiro Principles on Housing and Property Restitution for Refugees and Displaced Persons.  A proper and comprehensive assessment of the situation on the ground can only be made by reference to the standards set out in these principles. Not doing so will lead to a failure to recognize displaced persons as bearers of rights, and factors that point to severe shortcomings in the government’s attempts to address the needs of this population. More importantly, such an analysis will neglect to acknowledge that displacement ends only when a durable solution is achieved. The Inter-Agency Standing Committee Framework for Durable Solutions for Internally Displaced Persons states that ‘A durable solution is achieved when internally displaced persons no longer have any specific assistance and protection needs that are linked to their displacement and can enjoy their human rights without discrimination on account of their displacement.’ An analysis of one of the special issues that the report focuses on, the relocation of those living in Menik Farm to Kombavil instead of to their homes in the areas still closed for demining and return, will illustrate the inherent dangers in failing to use a rights framework to assess these issues.

Although the report sets out some of the problems encountered by IDPs being relocated to Kombavil, it fails to flag the most important concern, i.e. that those being sent to Kombavil did not make an informed and voluntary decision to move there. An informed and voluntary decision is one of the fundamental principles that have to be respected in order to achieve durable solutions. To date, these persons have not been provided adequate information about whether their homes will ever be released for return and whether their stay in Kombavil is temporary or permanent. Moreover, there was little or no community participation in the planning or management of the relocation to Kombavil, another important principle that is integral to voluntary return in safety and dignity. Instead, the people were given limited and even contradictory information about the relocation process, in which armed forces participated actively. Further, the TNA report does not adequately identify and discuss the specific needs and concerns of vulnerable groups, such as female headed-households, the elderly and disabled, amongst those being sent to Kombavil. The utilization of a rights/durable solutions framework would have ensured that these key concerns and factors received the attention they deserve.

While the report does focus on militarization, it does so in a way that once again fails to position the particular issues under review within the broader context of militarization taking place nationally, in different ways and degrees. Issues such as the plight of returnees in the village of Santhapuram, the continued existence of HSZs and relocation of IDPs due to closure of certain areas for return need to be understood against that background. For instance, the report states ‘The government has failed to facilitate the proper transition of areas such as Santhapuram from a militarized environment, reflective of a situation of conflict, to a ‘normal’ environment. The high level of militarization in the areas surrounding the village is evidence of this failure.’ This formulation fails to locate the militarization of Santhapuram as one of hundreds of examples of militarization. Instead the phrase, ‘areas such as Santhapuram’ mistakenly gives the impression to a reader not well-informed about the ground realities in the Vanni, that it is perhaps only certain areas such as Santhapuram that are militarized. Further, it is unclear why the report uses the term ‘rehabilitation’ in its conclusions on the issue of HSZs. Why does it call for a ‘proper policy and plan to rehabilitate the HSZs’ instead of the release of HSZs? It is pertinent to note that both local and international rights groups have consistently called for the release of HSZs for civilian return and occupation. Since a definition of ‘rehabilitation’ is not provided in the report, it could lead to confusion about the position of the TNA with regard to the HSZs.

One could speculate that the report deliberately avoids using the rights framework, or even mentioning the word rights, in an attempt to de-politicize the issue of displacement, return and restitution. The lessons of the recent past tell us that it is a misguided and counter-productive strategy.