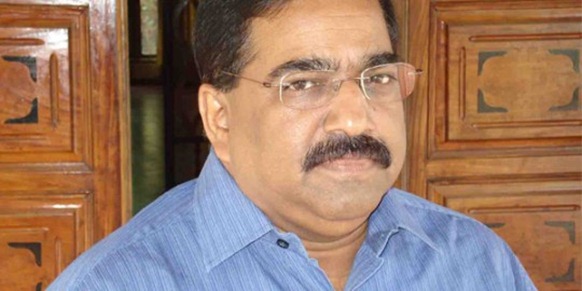 “We have been to various countries like United State of America, Great Britain, Canada and South Africa, and we requested those countries that there must be an international investigation on the accountability, because the LLRC report does not have anything about the accountability as such,” said TNA parliamentarian Mr Suresh Premachandran in conducting a press meet at the TNA office, which is also the EPRLF office, in Jaffna on Sunday. On TNA’s talks with the SL government, Premachandran said Colombo has not yet fulfilled an understanding between Sampanthan and Rajapaksa that a bilateral agreement on solutions should precede before the TNA naming participants to the Parliamentary Select Committee (PSC). Without third party mediation the talks are futile, as SL doesn’t want to settle the problem through power sharing, Premachandran said.

“For more than a year we were negotiating with the SL government but we couldn’t move an inch, because the government doesn’t want to share power with Tamils.

“Under these circumstances, if you want to continue the talks, then I strongly feel that there must be a third-party mediation.

“Only when there is a third-party mediation the international community will come to know what actually the government is up to […] Otherwise, this can go on for another year and the government might say so many things.

“In the future, if you want to continue the talks and if the International Community seriously want to see any progress, I strongly feel we need a third party mediation in the talks,” Mr Premachandran said in English at the press meet.

A day before on Saturday, conducting a press meet in Jaffna, the leader of Tamil National People’s Front (TNPF), Mr Gajendrakumar Ponnabalam, denouncing the US-tabled resolution at Geneva as “extremely disappointing and counter-productive”, said that justice could only come from independent international investigation.

Meanwhile, talking in Tamil at the press conference on Sunday, Mr. Premachandran discussed at length the internal differences in perception inside the TNA on the issue of the Alliance not going to Geneva in making a campaign.

The following are translated summary of his discussion with the press in Tamil:

During the first week of February the opinion among most of the TNA parliamentarians was in favour of participating at the UNHRC sessions in Geneva.

Without holding any further meeting with the parliamentarians if there were any reviews in the decision, Mr. Sampanthan [TNA parliamentary group leader] issued a press statement on February 25, that the TNA would not go to Geneva.

Myself, and the other leaders of the Alliance, Selvam Adaikkalanathan and Maavai Senadhiraja were in India at that time. The other parliamentarians were in their constituencies. Mr. Sumanthiran [the nominated parliamentarian] contacted us over the phone to readout the press statement.

As the statement was against the earlier opinion of most of the parliamentarians, I told him not to release the statement and hold another meeting.

Selvam came to know about the statement through me and he also told Sumanthiran to hold on. Maavai who was in Trichy didn’t know anything. The other parliamentarians in the island were informed over the phone through Sumanthiran.

However, rejecting our opinion, the statement was released on February 25. This shows the anti-democratic tendencies inside the alliance and also the urgency to come out with such a statement.

If the TNA goes to Geneva violence may erupt against Tamils was one of the reasons said.

Speaking to BBC, Sumanthiran said that the international community advised against TNA going to Geneva.

There was no invitation; going to Geneva at the sponsorship of another is below the prestige of the TNA that is recognized by the USA and India; there is nothing to achieve by going to Geneva, we have sent letters to the 47-member countries – these were some other reasons said.

The question is that to whom the hasty statement announcing the non-participation of the TNA was beneficial.

Sri Lanka government made the maximum use of it for its campaign at Geneva. Colombo advised that others too should follow the example of the TNA. An image was projected that the TNA has found agreement with the SL government.

Contradictions within the TNA and in media appeared thereafter. The trust of people in the TNA became the casualty. A parliamentary group meeting was convened and even there, Mr Sampanthan insisted on not going to Geneva, citing the advice of the international community. The decision was imposed to save the unity of the TNA.

But the diaspora wanted our presence.

As a political party we have no space in the sessions. But sponsored by registered human rights organizations, we could have gone to make a campaign inside and outside of the UNHRC.

We don’t need to get permission from anyone to do this, and SL government cannot project it as against the sovereignty of its state. During 1988-89 JVP times, the current SL President Mahinda Rajapaksa and SL minister Vasudeva who were then in the opposition went to the same UN human rights session to argue for the human rights of the Sinhalese.

TNA was formed to win the rights of the Tamil people. That’s why people overwhelmingly elected us. After getting elected by people, if anyone says that our status has now gone up, because the USA and India recognise us, and we should not make our campaign, standing at the gates in Geneva, it is a wrong argument.

I speak on length at these issues not to weaken the TNA or to accuse individuals, but to enlighten the people. Only an enlightened people could course-correct their polity, Suresh Premachandran said.

On Saturday, at the TNPF press meet, Mr Gajendrakumar said that the closing date at Geneva for registering the names of the participants through registered human rights organisations was Feb 24. Since there was an expectation that the TNA would go, others were not concentrating on it. But, as the TNA chose to announce its decision on Feb 25, even substitutes also could not be arranged, Gajendrakumar said

Many things making an impact could be said within the 5 minutes time one gets in the session. On earlier occasions many freedom fighters have used the UNHRC forum in such a way, Gajendrakumar further said.

But the actual problem of the TNA was what to tell at Geneva – without contradicting the US agenda and at the same time not going against the pulse of Tamils, commented a political observer who went through both the press meets in Jaffna.